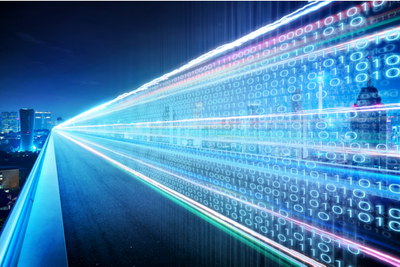 SQL Server is still dominant within the established relational database management market. This is despite hype regarding NoSQL and other new types of databases. Traditional RDBMS is still leading in terms of familiarity, installed based, and spending. And Microsoft SQL Server remains a leader in that space.  Closer to home, we see SQL Server as our #1 workload on both the HPE 3PAR Storage and HPE Nimble Storage installed bases after only VMware VMs. On HPE Nimble Storage, SQL Server alone occupies more storage arrays than Oracle, Citrix, DB2, SAS, MySQL and Splunk combined!

The newest version of the database system, SQL Server 2019, presents new opportunities for savings with features like ‘Big Data Clusters’. But also new areas of complexity for some IT teams including running within containers, Kubernetes container management, having built-in Apache Spark, the PolyBase feature, and the potential to use it within a data lake or platform for AI/ML.

The implication for customers is that new deployments can vary widely by usage (OLTP, OLAP, etc.) and there’s a need for the underlying Infrastructure to be optimized based on the use objective (performance, capacity, availability, cost, etc.). Customers should seek out guidance related to the targeted solution to ensure deployment success.

What makes HPE stand out in the SQL Server Infrastructure market?

First of all, HPE ensures SQL Server workload availability. It’s the only vendor with an unmatched 100% availability guarantee on enterprise-class data storage. This is coupled with the unique HPE InfoSight that uses Predictive Analytics to ensure uptime. In addition, HPE Storage provides hybrid cloud data protection and mobility features that span on-premises and cloud.

Breadth of solutions for the range of database challenges

Don’t take my word for it. – Here’s the rundown of the industry’s broadest range of SQL Server infrastructure solutions – from the most mission-critical, scale-up environments to mid-market and departmental offerings:

HPE is bringing to market all new, All-NVMe storage platforms, and we were fortunate to get early access to run performance tests with our SQL Server test tools.

First, let’s look at the environment.

Here’s a little background on the DWFT tool. The idea was to maintain consistency with performance tests we’ve been running now for almost the last decade. It’s a familiar tool for customers and partners.  However, we’re seeing how it’s become dated in its ability to provide useful results because it’s been outpaced by the workload itself, as well as by he surrounding technology. A specific issue identified pertains to the new SQL Server 2019 feature, Memory optimized tempDB.  Previously, we saw the same thing happen with the JetStress tool, which had been used for many years on Microsoft Exchange; with the latest version of the application, the tool can’t report on the MetaCache database.

So, we ran our originally planned DWFT tests of the HPE Alletra 6070 vs. the same stack on the HPE Nimble AF80. Based on the results I’m about to share, we recognized the need, as well as the opportunity, to re-do some testing which will better portray the benefits of the new platform.

These are all Column Store measures, and indicate enhanced performance when working with large volumes of data, such as what one would find in a data warehouse deployment.  We saw less compelling results in the Row Store metrics, but we feel this was more of an issue with the test tool than the product being tested.

Overall, all the results under-report the enhancements of the new HPE Alletra platform, thus our plan to re-do the test with contemporary tools such as HammerDB, VDBench and TPC benchmarks. We expect to show significant performance gains with All-NVMe storage for data warehouses, transactional data processing and all types of business-critical databases.

Despite the muted performance data, we did get a compelling result when it comes to the price/performance of the new platform.

We first looked at the cost of the old vs. new systems.

The original HPE Nimble AF80 system that we tested has a list price of $682,500. In contrast, the new HPE Nimble Storage All-NVME Flash 6070 was only slightly more, with an estimated list price of $748,187.00. Note, this includes the related cloud management subscription. This came out – and increased hardware cost by only 9.6%

So, putting that all together, for only a 10% additional investment, you can realize a 30% increased performance, or a 3x price/performance gain with All-NVMe.

Also on the way are new SQL Server as-a-Service offerings through HPE Greenlake.

Be aware of – and mark your calendar – for some important upcoming dates:

Regardless of your version of SQL Server, you will realize new levels of performance with the latest SQL Server on our newest HPE All-NVMe Storage.

Check out the new webpage on the HPE Alletra Storage systems. The page is now live and loaded with information and resources on this exciting new storage platform.

A new podcast has just been posted with much more information on the topic of Microsoft SQL Server on HPE Storage. I joined Calvin Zito, host of the "Around the IT Block" podcast, to discuss what's going on in the industry. We talk specifically about the workload testing that HPE has conducted with HPE Alletra, the all new data infrastructure that was announced on May 4th.