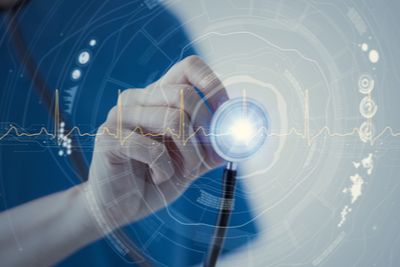 This Spring, with the introduction of the cloud-based MSA Health Check, the MSA development team took a big step forward in progressing MSA on a journey to leverage pan-HPE Intelligent Data Platform initiatives. The new tool is driven by a powerful analytics engine which will give users insight into the general health of an array, and also uses a rules-based analytics engine which can predict failures before they happen.

The MSA Health Check tool scans thousands of data points from sensors inside the MSA array. The analytics engine picks up common failure signatures and matches against MSA best practices. It then produces a simple, easy-to-digest PDF report with status and suggested courses of action to correct any issues found in the scan.

HPE’s Pointnext organization has been using the HPE MSA Health Check tool for the last three quarters. “It (MSA Health Check) is proving to be very valuable in providing insight into array health, determining problems that a user may not even know exists.” said Chris Powers, Vice President of HPE’s Storage CPD business. “We decided to make the tool available to partners and end-users free of charge. If it eliminates even a fraction of the problems it scans for, it will be a huge win for our customers and our support organization.”

Let’s look at an actual example of how the new MSA Health Check tool can be used.

In November of 2019, HPE announced a critical FW bug in one vendor’s SSD drives that were shipped back in the 2016 timeframe. (MSA SSD FW Customer Advisory) The problem: if SSD drives did not have their FW updated, they would suffer a catastrophic event, most likely resulting in a data loss at the 32,768 Power on Hour (POH) mark.*

Before the MSA Health Check tool was available, you would have had go into the MSA SMU interface, and check each SSD individually for model number to find the potentially impacted SSDs with down-level firmware. This time-consuming process had to be done for every SSD in the array. The good news? With the newly released MSA Health Check tool, you can simply upload a log file and the resulting PDF report will catch and advise if FW updates are needed. And, at the same time, Health Check would be scanning hundreds of other known signatures and best practices on the same array.

You can find the MSA Health Check tool @ www.hpe.com/storage/MSAHealthCheck

Check out the podcast I did with Calvin talking about MSA Health Check.

* It’s important to note that not all vendor/make/models of SSDs were impacted; only a small subset of the MSA SSD installed-base was involved. 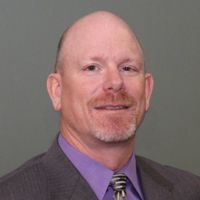 Meet HPE Blogger, Britt Terry. Britt leads HPE’s Entry Primary Storage product management group, with responsibilities covering MSA and HPE’s D-Series JBODs 2U, 4U and 5U JBODs. He enjoys the challenges of helping to define and build products that are affordable, simple to deploy and use, and that represent the HPE brand.  He is an active member of both HPE Storage and SMB go-to-market teams.