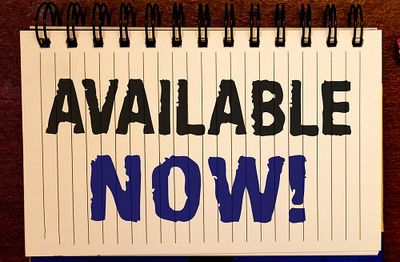 Advances in HPE SimpliVity hyperconverged infrastructure (HCI) technology continue to simplify and improve the performance of customer data centers. When that technology can be delivered at a new, lower entry cost, in a compact form factor, based on proven AMD processor technology – that’s a win-win-win for IT organizations everywhere.

A model HCI node for the edge

Designed for customers who need core HPE SimpliVity storage and data services without expanded hardware functionality, this solution is ideal for large ROBO environments, such as retail and banking, or edge deployments, such as oil rigs, plant locations, and field operations. The HPE SimpliVity 325 is the first of the product family to provide one node per 1U enclosure (with up to 32 cores in a single-socket server) and the first to include an AMD EPYC™ single CPU processor platform with all-flash storage. Laboratory tests performed by AMD confirm that this compact node can lower TCO as much as 45% and save customers up to 50% on licensing costs.

Built on the HPE ProLiant DL325 Gen10 server platform, the HPE SimpliVity 325 provides security and performance in a highly dense, 1U model. Customers with remote offices and data centers at the edge, and those in space-constrained locations will benefit from the reduced footprint. Data centers with just 2U of rack space can now take full advantage of the data protection and high availability of a 2-node HPE SimpliVity cluster.

As announced at HPE Discover in June, HPE InfoSight is being integrated into all HPE SimpliVity platforms. The industry-leading artificial intelligence (AI) platform makes the hyperconverged portfolio smarter and gives IT organizations of any size the information they need to help prepare for the future in the data center. The new HPE SimpliVity 325 solution incorporates this innovative AI technology.

At the foundational level, every product in the HPE SimpliVity family is built on the HPE SimpliVity Data Virtualization Platform. That platform makes it easy to see and manage VMs, nodes, clusters and federations in the HCI environment, whether the data is spread across the room or across multiple geographic locations. HPE InfoSight takes visibility and ease of management a step further in HCI environments by enabling predictive analytics, trend reporting, capacity forecasting, and VM consumption identification. These features allow IT organizations to solve support issues quickly and efficiently.

This powerful ability will transform HPE SimpliVity clusters into more intelligent environments with predictive wellness alerts, capacity utilization trend reports, future capacity forecasts, and the ability to identify which VMs are consuming the most resources. Delivered as a service, HPE InfoSight does not require additional licensing or on-premises deployment.

At half the height of most hyperconverged nodes, including HPE SimpliVity 380 platform offerings, the HPE SimpliVity 325 doubles the density of typical HCI solutions. Space-constrained data centers and remote edge computing environments will benefit from the built-in resiliency, data services, and intelligence that this hyperconverged node provides.

Learn about the many features and data services that hyperconvergence can provide in the Hyperconverged Infrastructure for Dummies.

More information about the HPE SimpliVity 325 Gen10 is available at www.hpe.com/simplivity