Announcing HPE SimpliVity options that simplify management, help you scale your hyperconverged infrastructure, and with the integration of HPE StoreOnce, make backup simpler and more cost-effective. 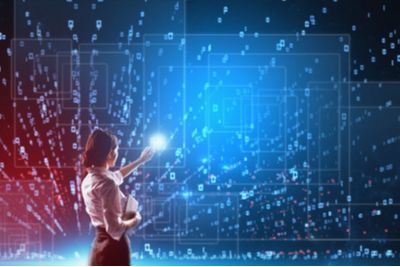 It’s a new year, and HPE has already delivered some exciting new options for your hyperconverged infrastructure (HCI). I’m very pleased to announce the availability of HPE SimpliVity features and options that increase productivity, make management simpler, cut costs, and help you scale your HCI environment.

As necessary as data backup and replication are to business continuity, these processes are often postponed because of budget constraints or the impact to system performance. HPE SimpliVity customers don’t need to worry about performance impact, because the platform includes built-in data protection with VM backup speeds that are guaranteed to be hyper-fast. But HCI nodes are not intended to be used primarily as backup targets, and there are lower cost alternatives.

Today, HPE announces the integration of a new cost-effective, high performance archiving option outside of the HPE SimpliVity federation: HPE StoreOnce with Catalyst. HPE StoreOnce Catalyst, a data protection interface and protocol exclusive to HPE, uses a client-server design to reduce data at the source, saving bandwidth and increasing throughput. The backup appliances offer affordable and flexible data protection on or offsite.

HPE SimpliVity software release 4.0.0 includes integration of the HPE StoreOnce Catalyst client, which means you can now store VM backups on an HPE StoreOnce system. The process is as simple as backing up to a hyperconverged cluster: same right-click actions, same ability to automate backups, no additional software required. You can create backup policies and report on backup status directly from your existing hypervisor management interface, such as VMware vCenter.

HPE StoreOnce integration comes with an additional benefit: reduced data storage cost. When compared with storing data on all-flash hyperconverged nodes, costs can be as much as 7 times lower* on an HPE StoreOnce System.

New configurations and features bring productivity up and costs way down

December and January were busy months for the HPE SimpliVity engineering team. In addition to HPE StoreOnce integration, several other features are now available, which expand on the platform’s scalability, capacity, and access control. The new configurations and features improve datacenter productivity, reduce licensing costs, and give you a broader range of HCI choices.

You can find more information about these new features and the HPE SimpliVity portfolio in the Intelligent Hyperconverged Infrastructure solution brief.

To see how you can back up straight to the HPE StoreOnce System, watch the 3-minute demo video: HPE SimpliVity with StoreOnce.

*HPE internal lab tests indicate that customers who move data to an HPE StoreOnce tier can realize as much as 7x cost savings from a $/GB perspective compared to storing VMs backups on the SimpliVity tier.