As Hewlett Packard Enterprise continues full steam ahead with their integrations into the fast moving realm of containers, we are pleased to announce version 3.1, the latest release of the HPE 3PAR Volume Plug-in for Docker. With this comes new integrations with the latest versions of Kubernetes and OpenShift, as well as continued improvement in usability and features that many customers are looking for in Persistent Storage with their container initiatives.

For those who may not be familiar with what the HPE 3PAR Volume Plug-in for Docker does, the plugin provides the ability for Docker or container environments to access and provision persistent storage on HPE 3PAR Storage arrays. We provide storage to standalone Docker instances and dynamic storage provisioning using our FlexVolume driver in Kubernetes/Red Hat OpenShift clusters. This means you don’t have to sacrifice mission-critical features like replication, multi-tenancy, or similar storage capabilities that you have come to expect from HPE 3PAR Storage, as you migrate traditional monolithic workloads into containers. HPE is here to help in your IT transformation journey.

Now let’s get into some details about the HPE 3PAR Volume Plug-in for Docker.

The HPE 3PAR Volume Plug-in for Docker can be found on Docker hub.

Plugin documentation including the automated installer can be found on the HPE Storage GitHub page:

To get started using the HPE 3PAR Volume Plug-in for Docker, we highly recommend using the Automated Installer.

After the installation, to help you get started, we have examples available on the HPE 3PAR examples Github page. There you will find valid example for both Docker and Kubernetes/OpenShift environments (Storage Class, PVC, and pod). Here is a quick primer.

You can inspect the newly created volume using:

For additional options, we have an extensive help file available:

or check our online documentation.

As mentioned before, valid Storage Class, PVC, and pod examples can be found at the HPE 3PAR examples Github page. 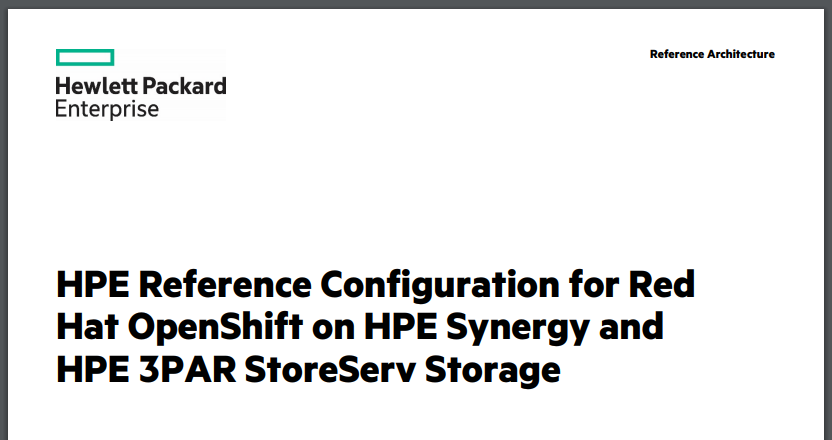 Through the OpenShift Primed program, both HPE 3PAR and Nimble Storage teams have worked hard to ensure customers have Enterprise-grade storage capabilities and features along with showing the commitment HPE has to containers and Red Hat OpenShift. 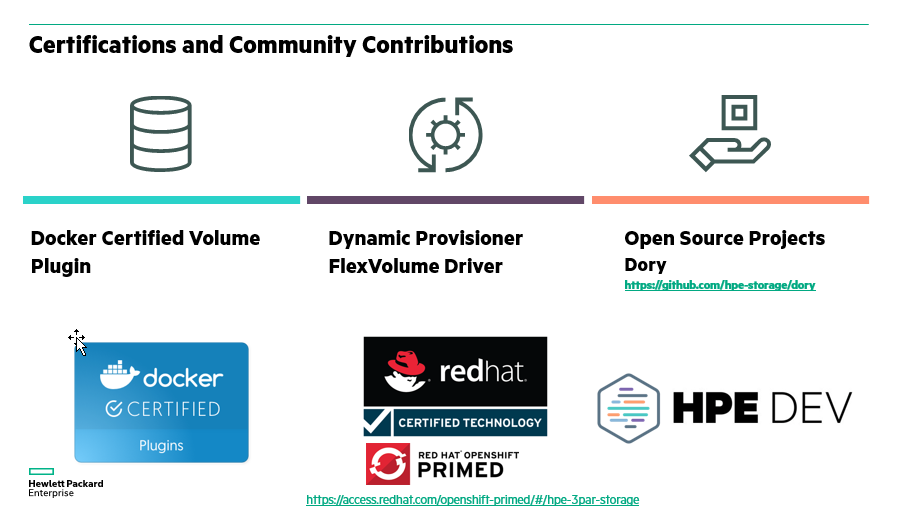