Setting a new standard for hyperconvergence 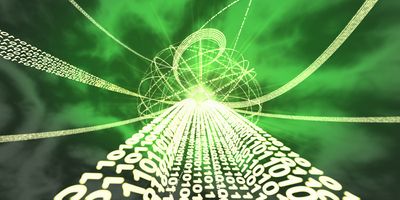 “I feel the need … the need for speed.” I hear many conversations from businesses about the need for speed, and it always makes me think of this quote from the movie Top Gun. The latest thinking is that for businesses to succeed, you need to innovate faster, disrupt faster, and respond faster.

While this is all true, I think it’s too narrow. To be successful in the digital world, businesses need to think beyond just speed and consider how to increase efficiencies—leveraging innovation to deliver the right capabilities at the right cost to drive growth. As I travel around the world and meet with customers, the question I hear most from CIOs and CTOs is not, “How can I make things faster?” but instead, “How can I make things simpler?”

It is humbling to realize that, despite all the advances that have been made to simplify IT, more improvements are still needed. The Gartner report, Look Beyond Network Vendors for Network Innovation, highlighted this anomaly. It states that, despite the promise of software-defined networking, “it is common for data center network requests to take days to fulfill.” Why? Because “networking vendors often market their products to the enterprise as ‘highly innovative,’ but the innovations have not delivered dramatic improvements in network operations.”

Gartner recommends that infrastructure and operations leaders “reprioritize data center networking investments by focusing primarily on manageability, automation, and broader orchestration capabilities.” The report also states that a major principal should be to “automate relentlessly and standardize ruthlessly.”

I fully agree with Gartner’s findings that we need more automation, especially in the area of networking. That’s why Hewlett Packard Enterprise (HPE) recently acquired Plexxi, a leading provider of software-defined data fabric networking technology. The technology HPE gained from Plexxi enables composable fabric, which will be included in HPE’s integrated software-defined and hybrid cloud solutions.

HPE Composable Fabric can simplify and automate the entire stack under a single infrastructure management application. Self-optimizing capabilities will dynamically allocate network bandwidth as new workloads are added, eliminating administrator involvement and accelerating deployment across the board. This automatic allocation, deallocation, and re-balancing of network bandwidth—based on the specific needs of each workload—will allow companies to accelerate business insights and deploy new applications faster within the simplified IT infrastructure that they need.

What’s next? Setting a NEW standard for HCI

One technology that deserves immediate attention is hyperconverged infrastructure (HCI). To date, HCI solutions across the industry have just focused on delivering compute, storage, and virtualization resources within a single, tightly-integratedsystem. Networking—a critical component of the overall solution—has been left out, along with the ability to automate the entire stack through a single management interface.

Customers have had tremendous success deploying HCI solutions for virtualized environments. By combining IT infrastructure and advanced data services into a single, integrated all-flash solution, at a fraction of the cost of traditional and public cloud offerings, customers have seen significant application performance increases and cost savings. Now it is time to simplify and to take the next step.

HPE has already incorporated composable fabric into its hyperconverged infrastructure solution. Not only does it simplify and accelerate deployment, but it also extends the level of automation to include management of the network fabric. That translates to simplifying the end-to-end experience, eliminating the need for additional integration, and reducing the cost of enabling a true on- or off-premises cloud experience. It also gives VM administrators control of the full stack, eliminating the costs associated with involving network administrators in deploying virtualized infrastructure.

The new era of HCI is here. It’s simpler, faster, and more efficient than ever before—and it’s just the beginning. You now have the speed, efficiency, and automation you need to be more competitive in the digital race.

To learn more about the future of networks and how they can boost the performance of your business, download the Gartner report, Look Beyond the Status Quo for Network Innovation.

You can learn more about HPE’s approach to hyperconvergence and composable fabrics by visiting the HPE Composable Fabric website. 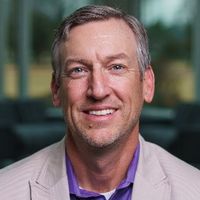 McLeod Glass is Vice President and General Manager of HPE SimpliVity & Composable at Hewlett Packard Enterprise. In this role, he is responsible for all aspects of the product lifecycle across HPE Software-Defined Infrastructure. This includes HPE Composable Infrastructure, Hyperconverged and Cloud Software product lines. McLeod has held positions in engineering and product marketing across multiple HPE business units managing server, storage and software product line.