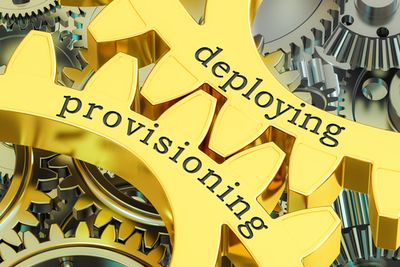 Up until today, that’s only been a dream of IT administrators. Now the storage and networking admin can provision resources once by importing them into HPE OneView. This means that they can now build according to best practices, by asking a simple question. For example: How many VLANS are needed for production, backup, and maintenance? Then the admin can provision the storage needed from the imported array in HPE OneView.

HPE OneView is the foundation of today’s software-defined infrastructure, helping IT administrators deploy infrastructure faster, and simplify lifecycle operations while increasing productivity. HPE OneView integration provides automated provisioning, fibre channel data path configuration, and SAN auto-zoning with HPE Primera storage modules. And, by integrating with preferred storage platforms such as HPE Primera, IT admins can automate the provisioning of SAN zoning and storage boot or data volumes in just a few clicks, freeing up time to deliver key IT projects and outcomes.

HPE recently announced combined intelligence and composability that integrate artificial intelligence and machine learning driven HPE Primera storage platform with the composability in HPE Synergy and HPE Composable Rack. Altogether, it’s a unique approach that advances the cloud experience from intelligent infrastructure for any workload so that our customers can accelerate time to market, ensure their applications are always fast, and grow without boundaries.

Manage HPE Primera and HPE Synergy together with HPE OneView. You can download the latest version here.