HPE Nimble Storage is now officially blessed with the “Red Hat Certified Technology” logo through the Red Hat Connect for Technology Partners program. You may find our landing page not only on the OpenShift Primed portal but the HPE Nimble Kube Storage Controller is now also on the Red Hat Container Catalog. Pulling from RHCC is optional, HPE supports all official images as described in the Integration Guide.

Embracing Gluster
Today HPE Nimble Storage provides RWO (ReadWriteOnce) access modes for PVs. For OpenShift workloads that require RWX (ReadWriteMany) access mode we recommend using Red Hat Container Native Storage, a.k.a Gluster. We’ve taken steps to ensure interoperability with HPE Nimble Storage arrays and we are observing very impressive performance for being an SDS solution backed by SAN storage. HPE Nimble Storage brings a portfolio of Enterprise storage capabilities to Gluster and the synergies between Gluster and HPE Nimble Storage are quite remarkable. How about volume consistent snapshots across bricks, offloaded dedupe and compression, out-of-band replication and seamless expansion of Gluster? It’s difficult to compete with the affordability when comparing local disk to SAN storage but the ROI is in the OpEx as the overall solution is radically more simplified and reliable. 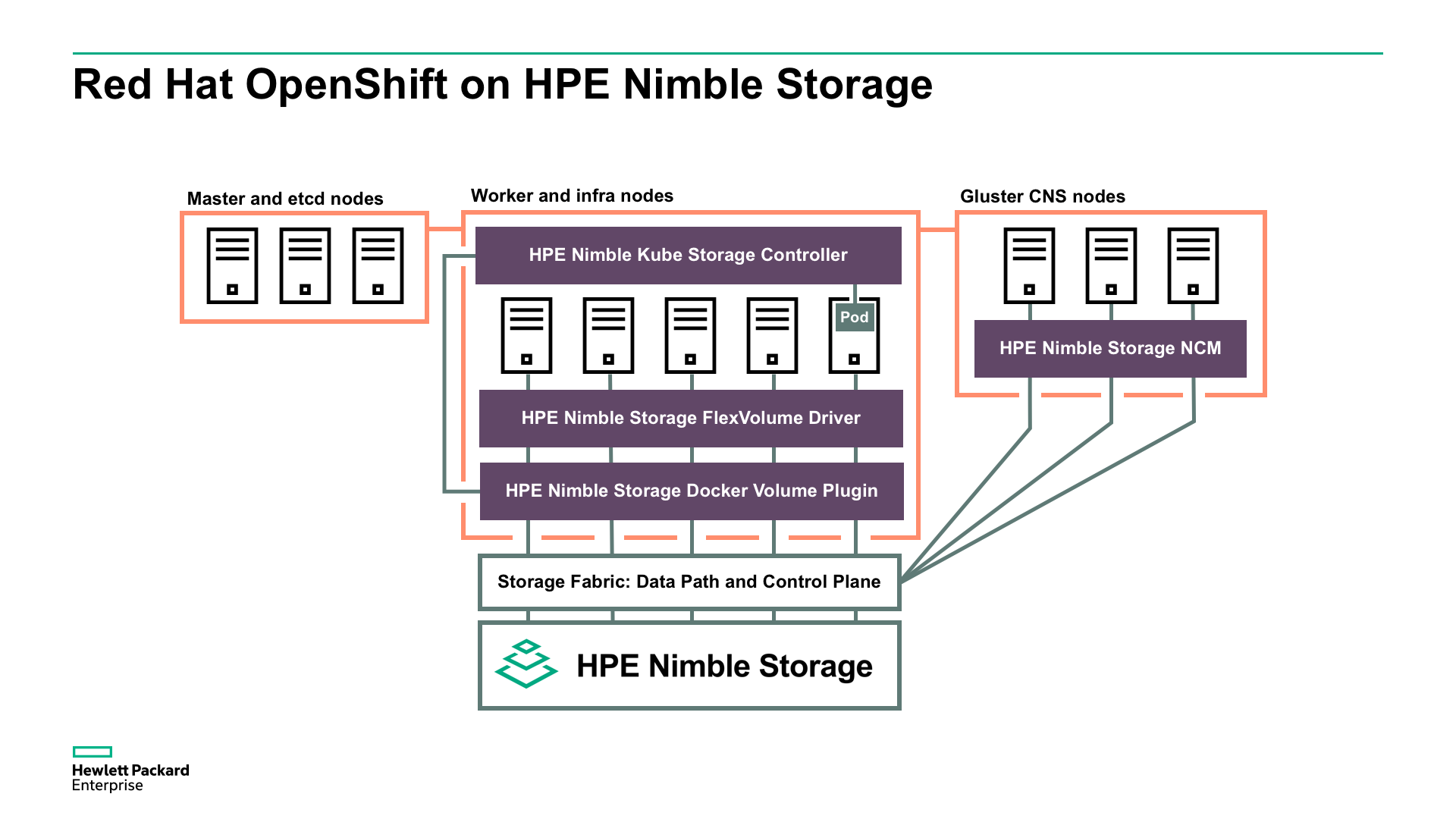 I wrote up a more detailed explanation about access modes and stateful workloads in Kubernetes. These considerations are widely applicable to OpenShift.

Node isolation practices
Anyone remotely familiar with SAN storage knows that it’s a fairly bad idea to have volumes exposed to multiple initiators with single-host filesystems. We’ve included our best practices and described our fencing tactics in more detail to explain what length we will protect the data from being corrupted by a network partition or misbehaving compute nodes. We've also provided some tweaks to make the overall solution more resillient to rogue nodes. 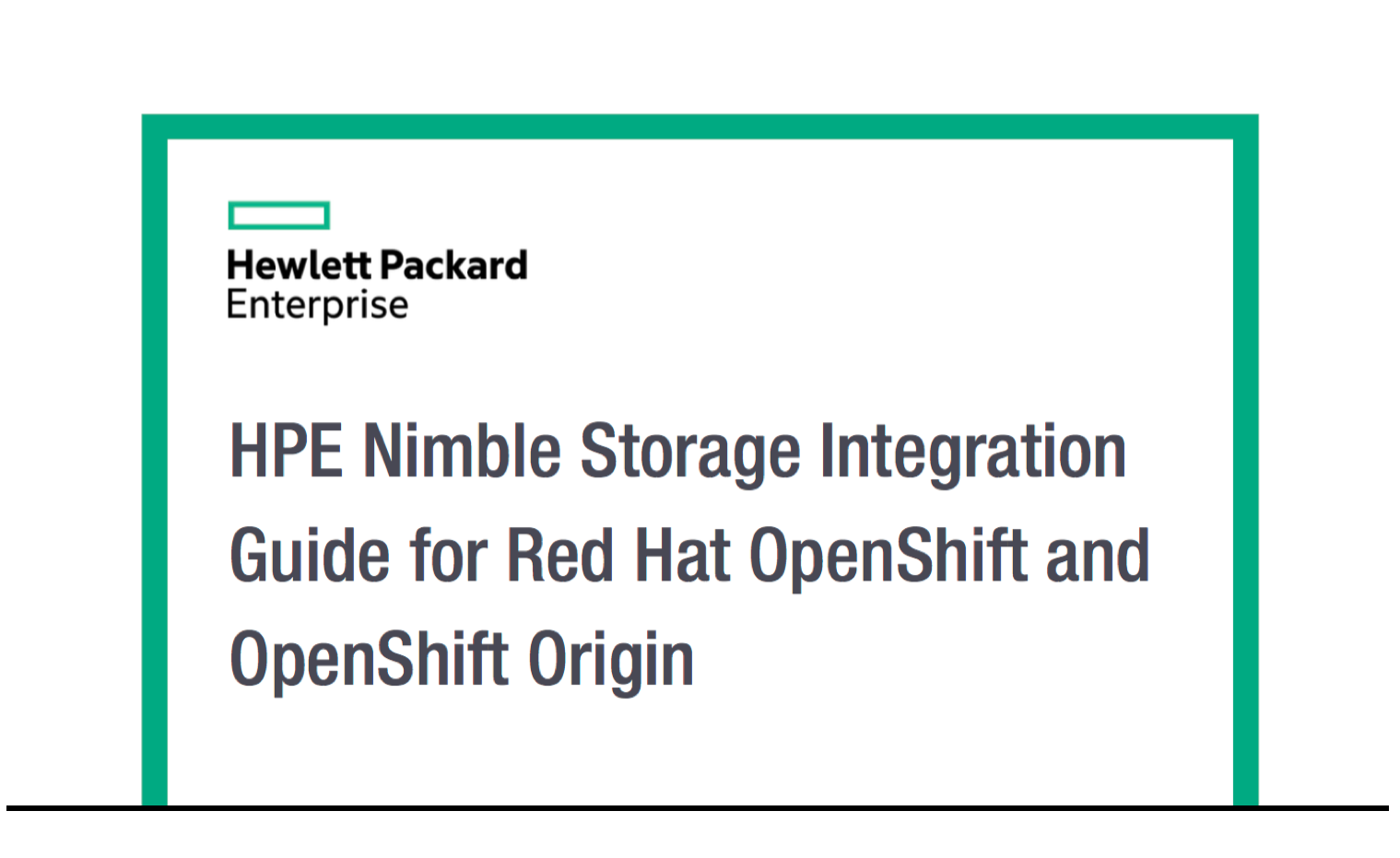 We have a number of exciting projects in the pipeline around Red Hat OpenShift that we'll disclose throughout the year. How is everyone’s container projects going? Are we pumped for Red Hat Summit 2019 in Boston yet?