The Disappearance of the Secondary Flash Array

Just when you thought the Secondary Flash Array had gone missing. . . it’s back. Read more about the new, next-generation HPE Nimble Storage SFA. 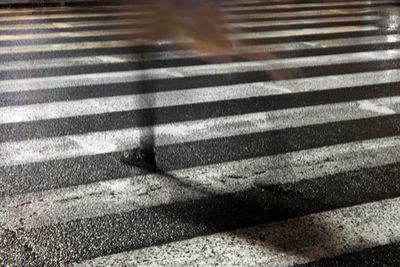 Over a year ago, we launched a brand new appliance called the HPE Nimble Storage Secondary Flash Array (SFA) to simplify backup and restore operations. The array combined high-performance flash storage with inline compression and deduplication. We made it affordable enough for backup and disaster recovery (DR), but fast enough for running workloads such as dev/test, QA and analytics.

Customer uptake of the new product was quick. We saw double digit growth and soon hundreds of customers were choosing the HPE Nimble Secondary Flash Array, enjoying the performance of flash over what they could get from the incumbent backup appliances of the time. George Crump of Storage Switzerland had this to say about using flash for secondary storage:

“Five years ago, using flash within a secondary storage system was unheard of because of the cost. That's changing with continuing price erosion and greater density… An archive that holds many years' worth of information, yet can respond to a request for data almost instantly, is hard to resist, especially in a world filled with impatient users… the thought of squeezing more capacity into the same space becomes more compelling, even if it is a little more expensive.”  - TechTarget/SearchStorage Essential Guide, June 2017

Customers flocked to the SFA for key reasons that include:

But like a fabled aviator crossing the Pacific, or ingenious Alcatraz prisoners, the SFA has seemingly disappeared without a trace. Or has it? 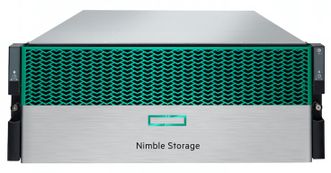 Due to the overwhelming adoption of the HPE SFA, we decided to make the SFA experience even better. On May 7th, HPE announced the next-generation HPE Nimble Storage Adaptive Flash arrays. These new arrays are hybrid flash, designed for mixed and mainstream workloads. And they include all of the functionality previously included in the original SFA array: inline data efficiency, flash performance and partner software integration.

Also note these benefits that come with the new HF Series:

The SFA didn’t disappear, but in fact merged into a single yet more capable hybrid flash platform. HPE is doubling down on its commitment to secondary flash storage for the backup and disaster recovery market. We’re moving that market forward with innovation that brings more performance, efficiency and value.

If you are evaluating a storage appliance for backup/DR needs, learn more about the HPE Nimble Storage Adaptive Flash Arrays.

Catch up here on the HPE Nimble Storage announcement news:

* Effective capacity is based on a 5x data reduction.

Meet Around the Storage Block blogger, Michael Harding, head of virtualization solution marketing (and SFA historian). Mike leads the marketing of new and established solutions and products at HPE. He came to HPE via Nimble Storage, and prior to that led the marketing of the NetApp Converged Infrastructure effort, including the multi-billion dollar FlexPod solution. Mike has over 25 years of marketing experience at both start-ups and larger tech companies and tweets regularly under the handle @mhardi01.