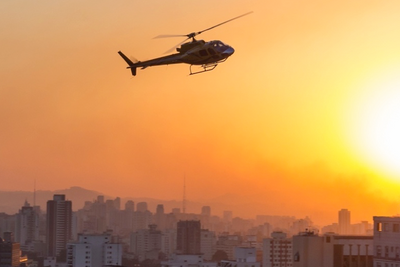 A lot has happened over the last year since SimpliVity was acquired by Hewlett Packard Enterprise (HPE). In fact, HPE just announced the fifth product release for HPE SimpliVity 380 powered by Intel® hyperconverged infrastructure earlier this month. This release introduced updates to both HPE SimpliVity hardware and software, including some long requested features and better integration into the broader HPE ecosystem.

As part of the new release to HPE’s hyperconverged solution, the company introduced an extra-large (XL) node to a hyperconverged line-up that already includes extra small, small, medium, and large nodes. The XL node is targeted at large data workloads with low compute and write requirements and as a centralized backup target for distributed HPE SimpliVity-based infrastructure. This node lives within the 4000 series of HPE SimpliVity hyperconverged platforms, which is designed for lower write-intensive workloads. The number of drives is the same as the large nodes (12), but the XL uses SSD drives with twice as much capacity (3.82TB vs. 1.92TB). This is particularly good news for customers that need higher density for less write-intensive but large databases and file servers and for environments with remote sites that need to centralize all backups with a minimal number of nodes.

For customers with legacy Cisco, Dell, and Lenovo OmniStack solutions, HPE SimpliVity version 3.7.3 now supports the addition of HPE SimpliVity 380 Gen10 nodes to their existing Clusters and Federations. This enables long-term customers to upgrade their software and expand their environments with the latest hyperconverged hardware platform within their existing Federation.

One of the more exciting opportunities of being part of a larger company with a broad portfolio of products is the opportunity to create lots of valuable product integrations. HPE OneView is a core piece of the HPE software-defined product strategy, so it’s only natural that it’s the first solution to be integrated with HPE SimpliVity. The full integration will come in stages. This first stage includes the ability to view HPE SimpliVity Clusters and related capacities within the HPE OneView console, making it easy for HPE OneView customers to add the HPE hyperconverged infrastructure to their environment. Customers get a holistic view of their datacenter, monitor storage utilization, and easily access the vSphere Web Client to execute HPE SimpliVity actions.

HPE also announced the forth-coming release of HPE SimpliVity RapidDR version 2.1. This add-on disaster recovery planning and automation tool is built to specifically take advantage of the features HPE SimpliVity provides, such as built-in backups and restores that occur in seconds. RapidDR was designed to dramatically simplify disaster recovery planning and execution. Clients like McCullough Robertson have used RapidDR’s 1-click recovery process to successfully failover and failback business critical systems like their document management and practice management systems (DMS and PMS) in less than half the time it previously took.

With this release, HPE is significantly increasing the number of VMs that can be managed by a DR plan from 150 VMs to 600 VMs. HPE is also introducing the ability to automatically return VMs back to pre-disaster status after the event is over, a feature that further reduces the possibility for human error and additional downtime. This release also includes a few new bug fixes that further improve recovery time, as well as support for running RapidDR on Windows 10 and Server 2016.