The proof is in the platform: Outstanding performance & scalability for SQL Server on HPE SimpliVity 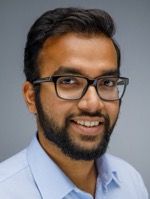 Building reference architectures for hyperconverged infrastructure is part of my job. And let me tell you, when you put the right technologies together, my job gets a lot easier. For example, HPE recently tested Microsoft SQL Server on the HPE SimpliVity powered by Intel® platform, and obtained some outstanding results.

It’s not the first time validation testing has been run on this particular combination of technologies. For years, database administrators (DBAs) at businesses like Marketing Innovators and Penobscot Community Healthcare have trusted Microsoft SQL Server to support applications across the spectrum, no matter the workload. The SQL Server DBA may not benefit directly from initial virtualization efforts, but they recognize immediate benefits when HPE SimpliVity is introduced into the mix. HPE SimpliVity is the first hyperconverged platform to include native data protection, data efficiency, performance acceleration, and global unified management -- all benefits delivered through the infrastructure’s core enabling technology, the HPE SimpliVity Data Virtualization Platform. 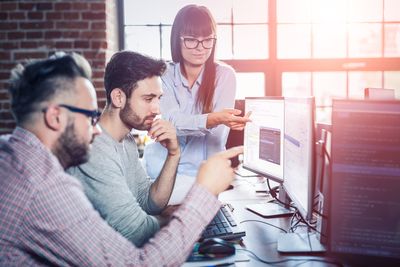 Infrastructure admins are charged with making appropriate resources available to DBAs so that each database can meet the required service levels. Those resources come at a cost of both time and money. The HPE SimpliVity hyperconverged platform has been proven to bring those costs down. Recent studies show that HPE SimpliVity can save 69% on infrastructure and operations costs, as compared with traditional architectures (Forrester TEI Report, 2017). Designed and optimized for the VM environment, the 2U hyperconverged building block delivers server, storage, and networking services. It also includes a complete set of advanced, native functionality that enables dramatic improvements to the management, protection, and performance of the VMs.

These improvements save you time, too. IT admins can reassess resource allocation and consolidate existing SQL Server licenses and management functions. The HPE hyperconverged platform provides a leap forward in autonomy, improves performance and scalability, and decreases recovery times for the SQL Server database. Simpler management and scalability, and improved performance and recovery times translate to more hours available for productivity.

One of my favorite customer stories sums up the performance and agility benefits of HPE SimpliVity infrastructure. At King Price Insurance, the Virtualization and Storage Administrator was getting fed up with the time required to perform routine tasks on his legacy infrastructure. He deployed an HPE SimpliVity solution, and found that a key SQL server batch job that used to take 14 hours to complete now completes in 2 hours. As he puts it, this “amazing system has made me and the entire King Price team huge fans of HPE SimpliVity.”

Recovery in less than 10 minutes

DBAs will appreciate the fact that HPE SimpliVity’s VM-level backups are fast (less than a minute for a 1TB VM) and simple (the platform allows backups with just a few clicks, while maintaining performance). They will also admire the way that the HPE SimpliVity Data Virtualization Platform enables application consistent backups for your SQL Server instance leveraging HPE’s integrated Volume Shadow Copy Service (VSS) backups.

Backups and backup policies are VM-centric and leverage the power of both the HPE SimpliVity file system and VMware layers to boost performance and reduce the business impact of backups. And finally, HPE SimpliVity provides multiple features to improve the high availability and disaster recovery of SQL Servers – check out Brian Knudtson’s blog on resiliency fundamentals of the platform. From a single VM to an entire organization, HPE SimpliVity has features that will benefit each layer, site, and application of the organization.

Here’s a link to the Reference Architecture for Microsoft SQL Server 2014 on HPE SimpliVity 380. It includes common use cases for the combined technologies with configuration details and related resources to make deployment go smoothly.