In this blog post, I have a demo of VMware vVols with HPE Primera. I'll also give you a bit of information about how to connect with HPE at VMworld that is happening this week.

I've been a big fan of VMware vVols. VMware announced it in 2011 as a tech preview. The goal was to simplify storage management of VMware environments through storage policy based management and to make it easier to manage a datastore at a VM level.

HPE bought into vVols in a big way - probably more than any other vendor, including EMC who at the time owned VMware. VMware used 3PAR as the development platform for vVols and HPE had day 1 support for vVols when VMware launched it in vSphere 6.0.  There were sessions at VMworld over the years and HPE had a seat at the table in every panel discussion that included VMware's major partners.

In 2017, there was almost no mention of vVols at VMworld from VMware (though HPE had a session giving an update) which had some of us wondering what was up but VMware refocused their efforts in 2018. In 2019, VMware showed a tech preview of SRM with vVols that included HPE. If anything was holding vVols back, it was lack of support for SRM.

The last time I saw data earlier this year, HPE Storage had more arrays running vVols than all other vendors combined! Wow. I think it speaks to HPE's unflinching commitment to vVols.

So to catch you up, today I have a demo showing the basics of vVols with HPE Primera. What you'll see in the demo is getting HPE Primera ready to run vVols with the VASA provider certificate through creating the vVols storage container. From there, I'll show creating a vVol datastore, a VM, and doing a few snapshots.

For more on VMware vVols with HPE

There are a ton of other ATSB blog post that focus on vVols. Here's a link that list the most recent and relevant vVols blog articles. Check them out if you want to dive deeper. If you want to see other VMware related blog articles on ATSB, here's a search for that.

VMworld starts this week (September 29 - October 1) and of course is a virutal event. VMworld is one of my favorite 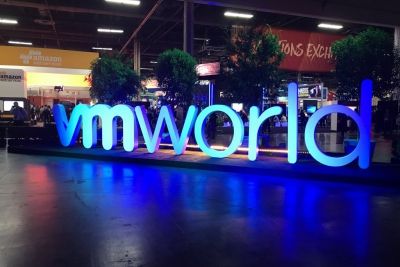 events because there are so many people in the VMware community that are friends and it's my chance to catch up with them. I'm definitely disappointed that won't be happening this year but VMworld must go on and so it does. HPE is again a big sponsor of the event. I want to point you to a few blog posts where you can get more details on how HPE is participating in VMworld 2020.

Here's to 2021 being a year we get back to VMworld as a physical event!

About The Storage Godfather (formerly HPEStorageGuy)

I'm Calvin Zito and November 2019 marked 36 years with HP/HPE. I've worked in HPE Storage since 1990. I was recently recognized as a 10 time VMware vExpert. As an early adopter of social media and active participant in communities, I've blogged for over 13 years. I'm also an avid Boise State fan - and excited that they've just decided to play this fall! You can find me on Twitter as @CalvinZito. If you don't follow me on Twitter, please do it now! You can also contact me via email.