I have an Aruba 2530 that has several devices connected to it. 2 or 3 desktop computers throughout the building, and I also have a UniFI Wireless AP connected. I'm wanting to setup a VLAN for my Wireless network so that anything the employees do on it won't affect the rest of the equipment on the network. I've logged into the Web GUI for the switch but for some reason I can't get it to work correctly. I'm new to networking and was trying to do this via the GUI instead of using putty, but I'll use it if I have to.

What I've got is I've setup a new VLAN named Wireless (I've attached a picture). I have my wireless AP's on ports 13, and 14. I want to seperate those two ports from the rest of the network. How would I go about doing that? 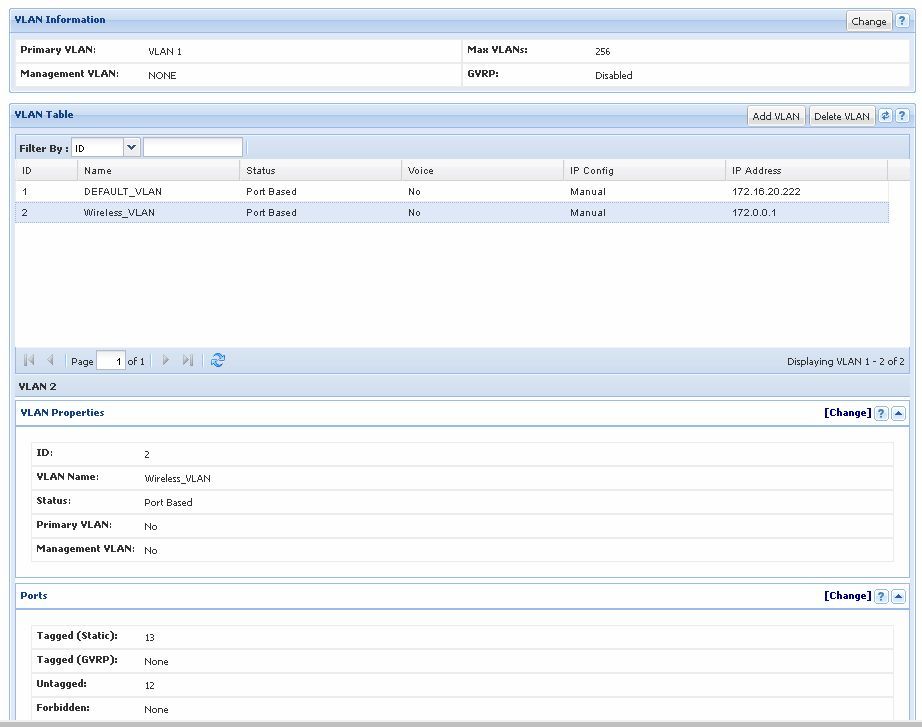