Blades never boot if SAN goes offline, even after SAN is availible; because HBA BIOS gets disabled.

Blades never boot if SAN goes offline, even after SAN is availible; because HBA BIOS gets disabled. 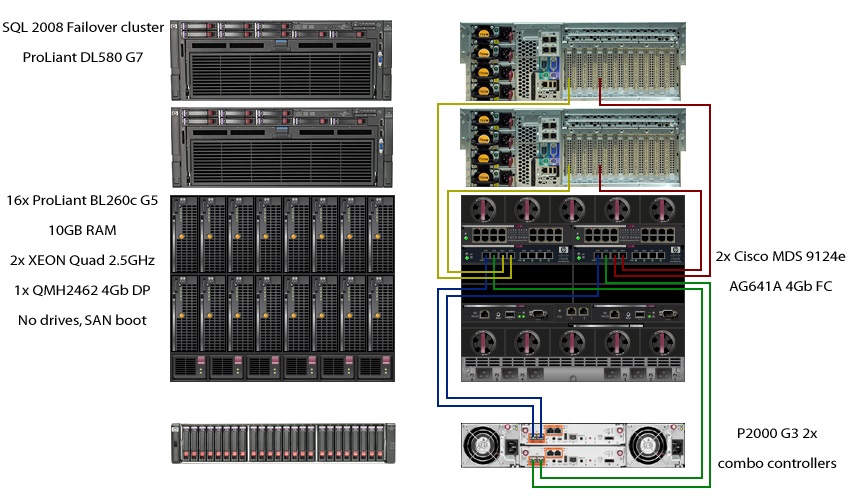 Hello everybody, thanks for taking the time to read this. I figure this is really simple or its a gotcha with boot from SAN.

The problem:  In our testing, we have documented that our blades only atempt to boot from FC HBA mezzanine cards at BIOS reset, as in power cycle, reset or Ctrl+Alt+Del. This is due to the FC HBA BIOS is getting disabled after not seeing the SAN on the first boot attempt.

There does not appear to be any option in the BIOS to reset the PCI bus, ROM ICs or anything that will make the blade rescan/reinitialize the HBA.

In the HBA config, there is only one relevant option: Enable LIP (Loop Initialization Process) reset. Tried enabling this option with no change, as it appears related to the OS requesting reset and login.

We killed power to the entire system at the PDUs and then restored. The servers attempt boot in about a minute but the SAN is not ready for about 3 or 4 minutes. The servers will never boot if the SAN doesn't respond the very first time it tries to boot, but it will try to boot from CD, LAN etc. every 5 seconds for eternity.

We could probably set a delay in the boot on the blade enclosure, but that is a bandaid. If 1 or 16 servers rebooted for updates, etc or whatever reason, at the same time the SAN wasn't availiable, they would never boot. If the blades go into a loop of trying all other boot options, I want that same ability for the boot from SAN. ASR is enabled, but makes no difference as it doesnt look for BIOS boot failure loop.

The servers go into an endless loop of the following two BIOS screens:

I think an automatic PCI reset would fix the problem after this screen:

We have the following setup:

- We have 2 Cisco MDS9124e SAN Switches with the port upgrade license for full redundancy.

- Each FC HBA has a connection to each SAN switch.

- Each switch has a connection to each controller on the P2000 G3.

- Each HBA BIOS is enabled and all 4 targets are listed for boot.

Just to validate the setup, all 16 blades survive all of the following while running IOMeter:

I have pulled 3 FC cables during IOMeter load test.

I have hot ejected a SAN switch.

I have hot ejected a controller.

I have done all of these simultaneously about 10 times with different switches, cables, controllers in different orders.

Bandwidth drops, but is restored within 2-6 seconds of restoring connection.

System appears to be rock solid. 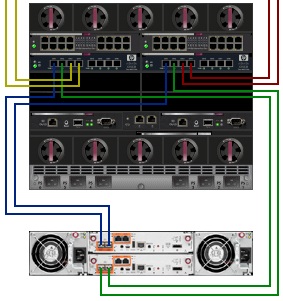 Re: Blades never boot if SAN goes offline, even after SAN is availible; because HBA BIOS gets disabl

Everything there is working as expected unfortunately.

What you should look into is on there is an option in the Onboard Administrator to delay the boot of various blades upon the c7000 receiving power after being totally down.
It was really meant to allow Blade 1 to boot before Blade 10 if there are dependencies there, but I don't see why it wouldnt work for your needs.
Set the blades to boot with 300 seconds of delay, and the OA should hold them in a powered off state for 5 minutes and then start powering them on.

If you need them up in a particular order, then just add to that.
300 for Blades X and Y
330 for Blades A and B
400 for Blades M and N
etc
0 Kudos
Reply
The opinions expressed above are the personal opinions of the authors, not of Hewlett Packard Enterprise. By using this site, you accept the Terms of Use and Rules of Participation.