Have installed Windows 2012 R2 on a bl460c G6. Have ran Windows Update and latest SPP. Then PSP came at the end and tried update the NICs drivers it crashed with a BSOD. So just left that out, but after WU the drivers seems to be updated.

Next tried to configure teaming on the nc532i NICs, but as soon i click ok it crash with a BSOD.

Tried to set another vlan id in the properties for the card and again BSOD. After a reboot tried to use another driver and get BSOD, remove NIC from device manager and BSOD, changed IRQ in BIOS, but still the same. WTH?!

Have ran this server for years with 2008 R2, but not used teaming and trunk/vlan tagging and had no problems. Use passthrough on the c7000 with OA fw ok, passthrough FW is 2.8.3. The only difference is that i have replaced 4x 4GB ram with 6x 16GB Kingston chips. Will try putting back the old ram, but i think its unlikely this could be the cause, or?

Anyone experienced this? Need advice.

We experiencing the exact same issue with a nc532i NIC. Every try to configure the NIC, diasbling, uninstalling, updating the driver results in a bluescreen, caused by th file evbda.sys.

I thought it was because the two nics were member of a Server 2012 NIC team and after the firmware update, the adapters showed up disabled in the device manager. The Windows NIC team was removed, but the two NICs still seem to be connected somehow for me. Because when I configure the IPv4 settings for one of them, the other one shows up the Default gateway. 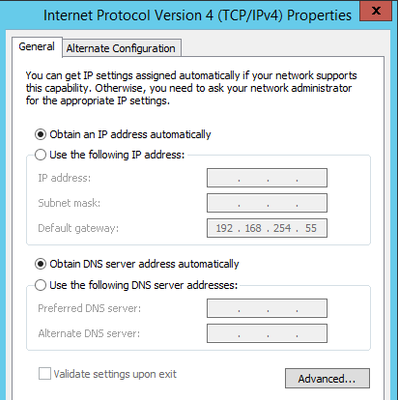 In addition to my first post: I was able to reset the NIC with an older driver version and now I can manage the adapters again.