Greg had a question when powering up server during the POST times:

There is an option in the ROM-Based Setup Utility (RBSU) called “POST speed up”, see page 165 in the RBSU user guide:

memory test. When POST Speed Up is set to Enabled, the extended power-up memory test is not

executed, and the server powers up more quickly.”

Even if that’s the Gen8 RBSU guide, this options is there since G6s I think(if not even earlier generations)… 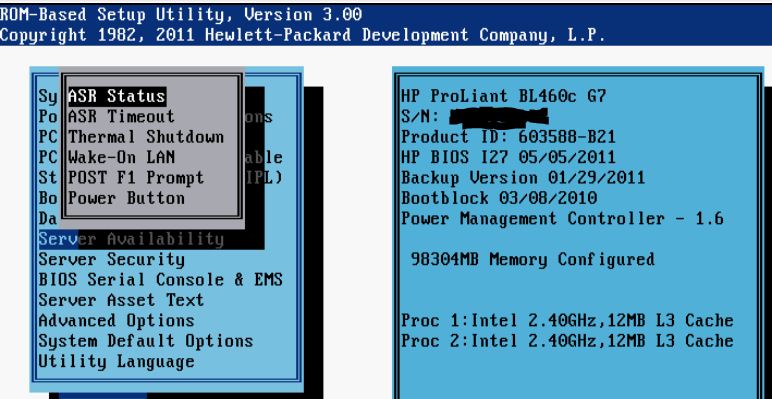 is the POST speed up feature available on Gen 8 blades?