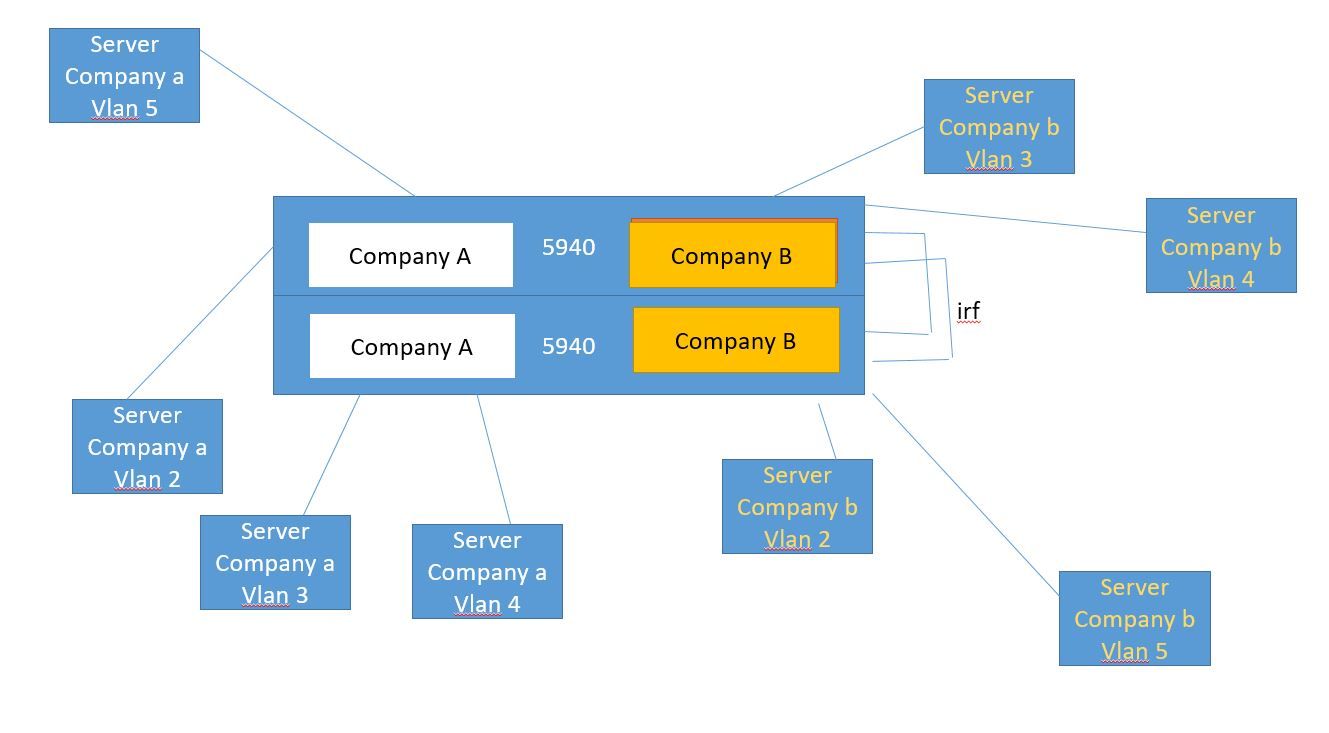 Chassis-based switches, like 12900 series have a feature called Multitenant Device Context (MDC) - it is 1:N virtualization technology that  can partition a physical device or an IRF fabric into multiple logical devices. Each MDC uses its own hardware and software resources, runs independently of other MDCs, and provides services for its own customer. Creating, starting, rebooting, or deleting an MDC does not affect any other MDCs. From the user's perspective, an MDC is a standalone physical device. MDCs on the same physical device are isolated from each other.

But 59xx series do not support it and such support is not planned.

Without MDC VLAN numbers use same namespace, so they must be unique, they can't overlap, so there is no way to re-use same VLAN numbers for different tenants (companies). But you have more than 4000 VLANs at your disposal, so you can create a simple rule for VLAN assignment, like:

However, the desired tenant separation with 5940 is possible on Layer 3. All you need to do is to create separate VPN-instances (other vendors call it 'VRF'), one per Company and assign Vlan-interfaces (SVIs) of each company to its own vpn-instance:

Same IP address and subnet on SVIs Vlan-interface 10 and 1010 is not a typo - you can re-use subnets in different VPN-instances, as each VPN-instance have its own routing table and it doesn't create any issue.

thank you ver much !

Is it possible to put the same vlan id in the vpn-instance method ? layer 2 only ?

Unfortunately I do not have lab equipment to play with the settings, i installs HP Network Simulator for Comware Devices environment - Ubuntu User Guide_v2.0

No, that won't work. VLAN numbers are unique, as well as Vlan-interfaces. Separation is performed on Layer 3.

have a nice day