We've got an old EVA 4000. It's been moved from its original rack (by people other than me), so we longer have the EVA WWN and checksum label, or even the EVA serial number!

Is the algorithm for calculating the EVA checksum publicly known?
2 people had this problem.
0 Kudos
Reply
6 REPLIES 6

No, for obvious reasons it's not public, but it can be done by HP support people.

The storage team on your country should be able to find the article and link to the checksum generator.
0 Kudos
Reply

Hi,
Well - you could guess!
But that I mean start at AA, then AB, then AC and so on. It will take a while!! but if you go through all the combinations you should get there eventually!!
However you would have to uninit the EVA first which would not be good !!
Probably better stick with the above answer then...
Mark...
if you have nothing useful to say, say nothing...
0 Kudos
Reply

Thanks for the response, but I'm not so sure it's obvious *why* the checksum algorithm is secret. Checksums aren't secret passwords; they're sums (e.g. sum of LSB of all characters) used to ensure you've entered the WWN correctly.
I don't understand why HP would view this as commercially sensitive information.

Anyway, I'll see if I can get hold of some support people with clue to get the required information... Thanks for the responses.
0 Kudos
Reply

you can help to me a generate a new wwn for my eva 8440 controlers? if possible that information you need?
0 Kudos
Reply

First of all my long story in a short form:

We used to have about 10 EVA 8100 storages for almost 10 years in our production environment and I personally like them very much. We had a lot of spare parts, typical configuration (168x450GB/15K) and my job was just about to replace failed drives and add it to existing groups.
Anyway times go on, performance metrics, datacenters space and energy price matters, so our "EVA beasts" were all replaced by some IBM stuff. Actually we left one EVA 8100 in some remote location - it was fine since some planned power maintenance which required shutdown of all IT stuff, including EVA. It wasn't a nice surprice when storage asked for a WWN/checksum after powering it up again. My coleagues doing this operation were completely astonished. I had some notes about checksum (I used to note down such informations), but unfortunately I was like "10 timezones away from home" having first day of my holiday...
Finaly data was restored from backup and I found WWN/checksum when I was back at work, but we were fealing uncomfortable, so we decided to build some EVA CHECKSUM CRACKER. Let me show it for those who still love EVA 8100 storages.

EVA 8100 controller "desktop version" with front panel connected to ParpberryPi zero (radiometrix and some other stuff is from another project): 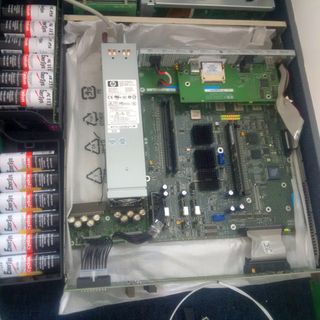 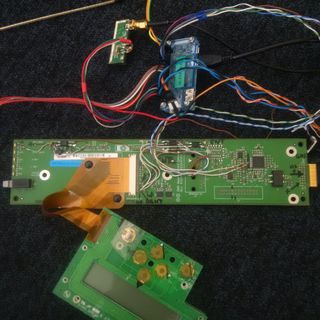 Python script (most of the code - main loop - done by friend of mine Pawel): 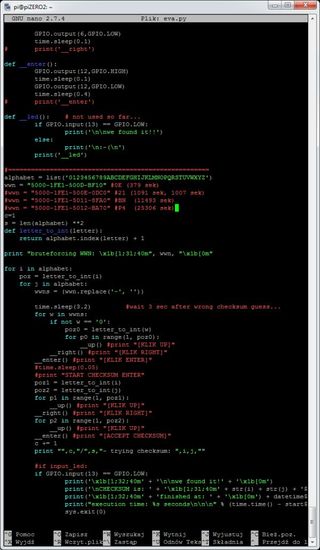 Checksum bruteforceing for a given WWN: 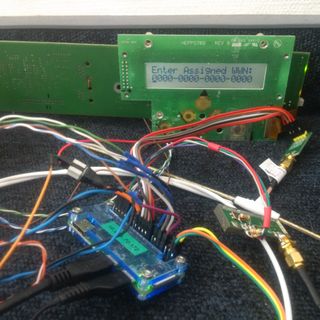 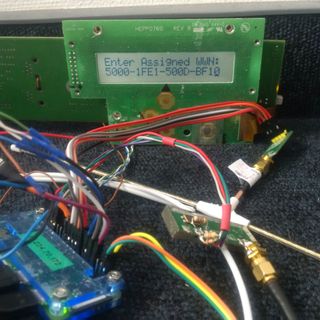 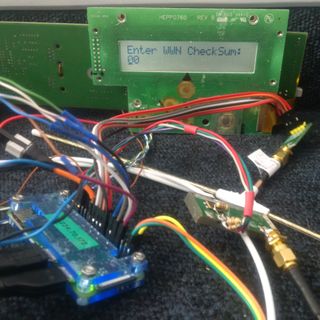 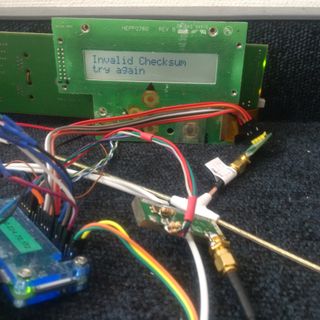 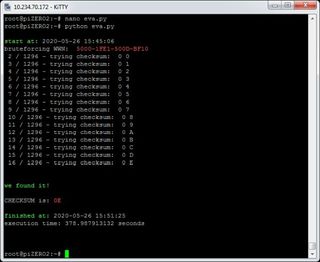 The script tries all checksum combinations for a given WWN checking some LED on front panel. What took me quite a long time was  tuning of how fast RaspberryPi can "click" - our cracker have some proven delays between "clicks" to not drop anything which happen when you go too fast (it was designed for human and "finger operation").

PS: If you recognize pcb below it means you have been looking for some way to reprogram EVA 8100 battery. You may find some movie on Youtube about how to clear PIC eeprom for EVA4400 battery (by Christian from Switzerland). Unfortunatelly I still can't do this for 8100 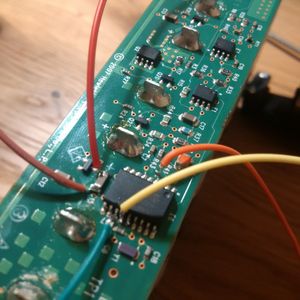