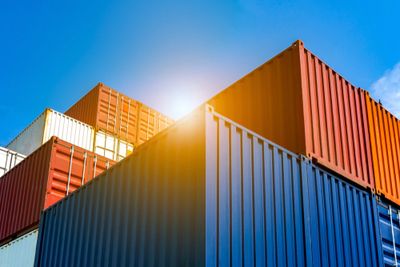 Since the announcement, the next-generation solution has received lots of attention from the press and industry analysts. Two articles, in particular, delved into a detailed analysis of the solution.

According to Patrick Moorhead on Forbes.com, HPE “made major waves last week with the announcement of its new HPE Container Platform…” He also opined, “Enabling the containerization of both cloud-native and monolithic apps with persistent storage, I see this solution as a pretty big deal and paramount to HPE’s future success.”

After discussing the rise in popularity of containers and the benefits of the technology for enterprise customers, Moorhead says:

“HPE’s new solution seeks to take containerization and Kubernetes to the next level by enabling large-scale enterprise Kubernetes deployments, across a number of use cases, across on-prem, public cloud and edge environments. It’s a bold move that recognizes the reality of the shifting priorities and needs of infrastructure providers.”

Moorhead offers some perspective on this announcement answers some questions about some of HPE’s past acquisitions.

“The beauty of this new solution, in my opinion, is that it leverages several of HPE’s recent strategic acquisitions as well as its own innovation. While I appreciated acquisitions, I wasn't sure how they would fit together. Now we know.”

Moorhead concludes the article by offering his overall take on the news.

“HPE Container Platform was certainly the biggest piece of enterprise data center news I’ve heard in a while. It’s a smart move that recognizes the changing landscape of infrastructure, the ascendance of containerization, and the evolving needs of app developers.”

In Bob O’Donnell’s article, HPE Debuts Container Platform, (published on Techpinions.com, TechSpot.com, and  Seeking Alpha.com), he calls the announcement “both surprising and encouraging”.

According to O’Donnell, “HPE has been seen by many as a company that understood and evangelized the concept of hybrid cloud but didn’t really have the tools to back up that vision. With its Container Platform, however, HPE now has what appears to be a solid set of software tools that will allow organizations to address some of their biggest challenges around legacy software modernization.

O’Donnell points out that many in the industry realize now that “cloud-based software technologies and public cloud-style computing-as-a-service capabilities are incredibly powerful, but they don’t work for all types of applications and all types of companies.”

He goes on to say:

“The end result is that organizations want to figure out ways in which they can combine many of the benefits of that cloud-based operating model with the reality of their own on-premise hardware and legacy applications, while fulfilling the unique requirements of those older applications. HPE’s Container Platform—which is expected to be available in early 2020—attempts to merge the two worlds by containerizing older applications without having to go through the long, painful, and expensive process of rewriting or refactoring them.”

O’Donnell concludes by saying that he believes the “logic and vision behind this new platform strategy are sound…”, and “this seems like a strong strategic move by HPE and its management team, and one that’s clearly going to point the company in some interesting and exciting new directions.”