Exploiting the true value of data 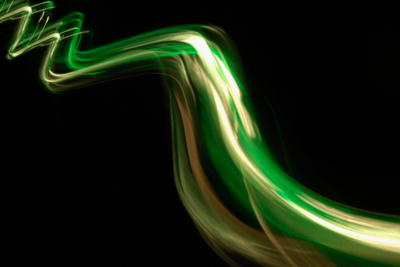 In 2006, British mathematician Clive Robert Humby coined the now-ubiquitous phrase, “Data is the new oil.” Speaking at a time when data largely functioned as an operational byproduct (rather than an asset that could be packaged, leveraged, or sold), he essentially predicted a future wherein information would serve as a basis for a new type of digital economy. Over the following 15 years, there would indeed be numerous parallels between how the two resources would shape global environments.

Each has served as the socioeconomic foundation for new generations of technological development, discovery, and innovation. Mass oil production of the late-1800s and early-1900s gave rise to significant industrial and scientific advances across manufacturing, electronics, and engineering. Modern data science, meanwhile, has served as the impetus for artificial intelligence, machine, and deep learning as well as the Internet of Things.

In addition to their roles as scientific catalysts, critical analysis of global marketplaces reveals similar patterns among resource gatekeepers and early adopters. John D. Rockefeller’s Standard Oil grew to monopolistic proportions – a legacy still felt over 100 years after its dissolution. Amazon, meanwhile, with its aggressively data-driven ethos, is currently worth over $1 trillion and Facebook is not far behind. Each, in the context of their times, represent norm-shattering potential.

Humby’s comparison, however, is not without its limits. Oil is a finite resource that is deployable for a large, but ultimately limited, number of uses. Further, its production model is designed in such a way that a numerical value can be assigned via a single unit of measure – the barrel. Finally, and perhaps most interestingly, so long as its refined, any barrel is equally applicable in any of its various uses. Whether it fills a car or lights a home, the resource has value.

Data is very different. Using data does not expend it (except perhaps for the intelligence community), and data isn’t nearly as fungibly useful as oil. Most importantly, the value of data is context dependent; its value is determined by the action consequent to proper interpretation. Depending on the context, a single data set could be worth millions to one organization but be useless to another. Then there’s problem of theoretical value. As priorities shift and stakeholders evolve, data sets that might be of limited value now hold the potential to be invaluable in the future. There is no single and stable value to data.

Data does not conform

These challenges in assignment of value to data shouldn’t suggest, however, that generating value from data is a fool’s errand. In an increasingly data-driven world, where a healthy and comprehensive data portfolio can yield unprecedented insight and deliver new competitive advantages, success often hinges on an organization’s relationship with data. So perhaps a different analogy is needed to understand its value, one that remains sensitive to data’s unique attributes and how it exists within a wider ecosystem.

A more apt comparison, drawn from a transformational resource that can be traced back even further in human history, would be “Data is the new ore.” But there is no one-size-fits-all approach to ore, just as there is no one-size-fits-all approach to data. In fact, because data is not consumed by refining it, we may extract many different kinds of value from the exact same data.

Consider, for a moment, the concept of data literacy. Per Gartner®, this represents “the ability to read, write and communicate data in context, including an understanding of data sources and constructs, analytical methods and techniques applied, and the ability to describe the use case, application and resulting value.” According to us, Gartner here reaffirms that data’s transmutable nature is core to fully determining its ultimate value. Reframed through different variables, the same data can lead to different conclusions and insights. In infusing a culture of data literacy, a business improves its ability to explore new opportunity, thus boosting data’s value.

Further, there is a human element to consider. Following the ore example, the more experience miners and forepeople have with both the resource itself and the geological environments from which its sourced, the more effective they are in reading the landscape and improving results. The right crew – salaries, machinery, expertise – are critical line items in assessing the total cost benefit and ROI.

The same holds true of data scientists charged with interpreting terabytes of information. They read the ecosystem unique to the business, drawing lines and conclusions that yield actionable recommendations. That understanding, which cannot be easily replaced, puts an outsized importance on building and fostering an internal community of experts. It cannot be easily replaced or replicated.

Value as an ethos, not a number

Data is the ultimate exercise in opportunity cost. The only way to deplete the potential value you might now or in the future derive from data is to delete it or lose the information needed to interpret it.

Unlike oil, which operates linearly, data lives and breathes. Subject to interpretation and reinterpretation, data’s value grows and scales partly in proportion to the volume of the data, but more so with the number of ways you use it to take useful action. Its potential is as vast as it’s allowed to be.

Learn more by visiting these pages:

Smarter with Gartner “A data and Analytics Leader’s guide to Data Literacy, August 21, 2021

GARTNER is the registered trademark and service mark of Gartner Inc., and/or its affiliates in the U.S. and internationally and has been used herein with permission. All rights reserved. 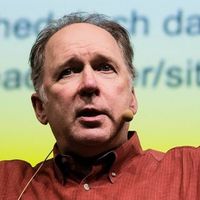 Ted is Chief Technologist for Data Fabric at Hewlett Packard Enterprise. He is a Ph.D. in Computer Science and an author of more than 10 books focused on data sciences. He has over 25 patents in advanced computing and plays the mandolin and guitar, both poorly.