This is my network topology proposal for which devices we have at this moment (most of them are HPE). can you guys give me some advance about this topo? I still consider which setting I should use: Trunk or Tag/Untag when those devices together.

I appreciate all of your comment, as I'm new to networking. 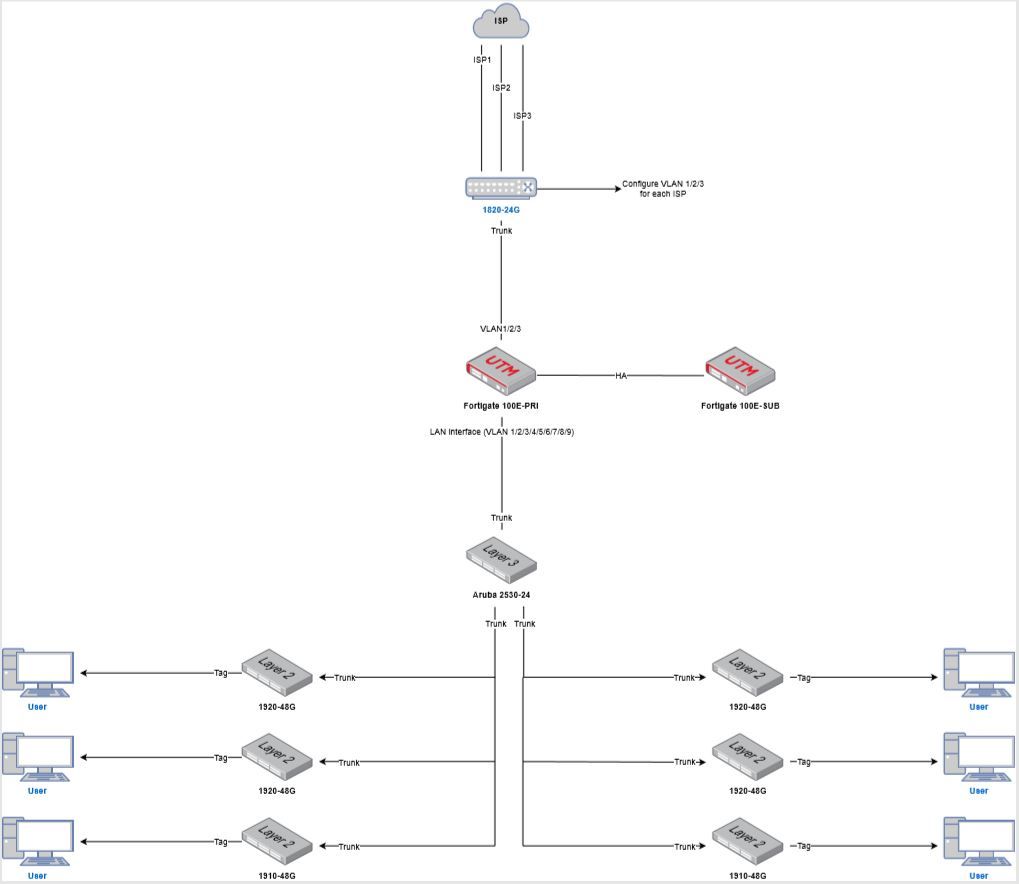 Re: Review the network topology proposal

What Switch series are you plannig to use at the center of your Star Topology? the HP 2530 isn't capable of acting as a Layer 3 device...

You need to decide if your Star Topology will have a Layer 3 device on its center (routing your VLAN SVI to your Primary Fortigate 100E Firewall through a Transit VLAN) on if a Layer 2 device is enough because you will uplink to the Fortigate 100E using a port which wil be tagged member of your various VLANs (no SVI).

Access Switches (1920) can be simply uplinked to Layer 2 or Layer 3 Star Topology center using uplink ports untagged on a VLAN dedicated for their management and tagged on any other VLAN you need to transport to them...edge ports (hosts) will be untagged members of one ot these VLANs.