Hi, I'm experiencing poor write performance on a MSA 2040 with 8 disks, configured as:

I attach some screenshots of configuration. 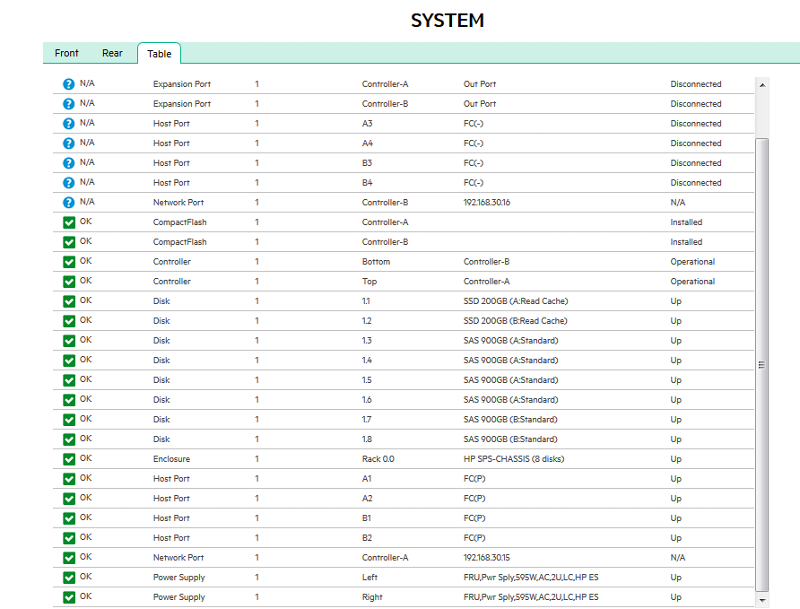 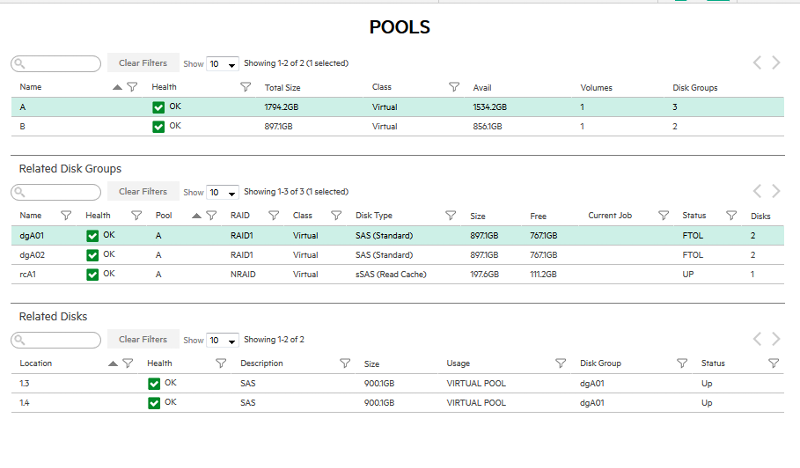 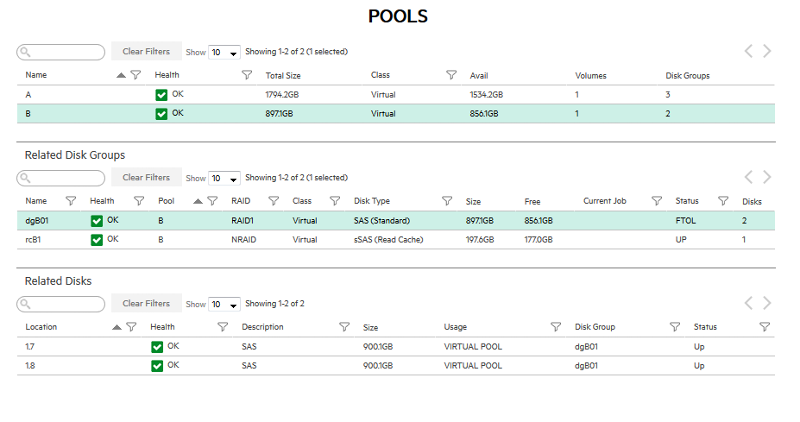 (why there's a red led indicator on B2-FC?..on details I see the same speed as other ports 16 Gb) 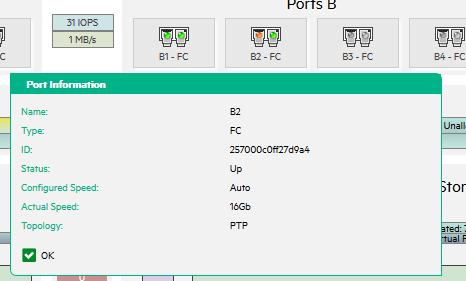 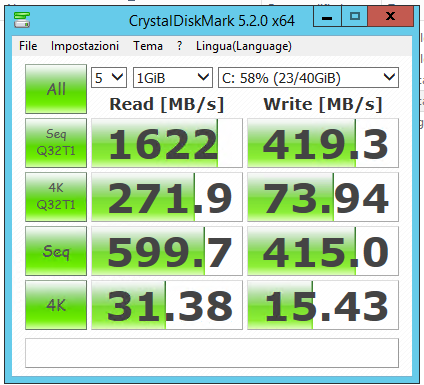 It's a poor performance, isn't IT?

Can I speed up my system? Is this the maximum limit instead?
Any Help or suggestion is appreciated....

If I read this correctly, you have disk groups with 2 included disks in each, in RAID1, this means all your writes are going to a *single* disk only. The SSDs are used for read cache, so they can*t accelerate writes. Only the controller cache can (a bit). Once the cache is full, you directly write to a single physical disk.

Increasing the numder of disks (at least test with all your 6 disks in RAID10) or even tiering with the SSD will increase the performance, I'm sure.

I asked my experts and got a very thorough reply from one of our MSA engineering managers.  Here's what he said:

It appears you are testing against a POOL with 2x RAID 1 Disk-Groups, with 1x 200GB READ-CACHE.  This will not be an incredibly performant system.  You are basically getting the WRITE speed capability of 2 spinning media drives,  minus some overhead for having to do double WRITEs for the RAID 1.

Now that said if you break down the test parameters I think there are some problems there as well.

It appears to me that the Crystal Disk Mark may be a good tool for testing an individual disk but is not designed to scale to the large disk array.

I would suggest a different tool.

Unfortunately both of these tools have lots of knobs and dials which you have to understand.

You also asks if there is a way to increase the performance.  The main answer there would be as Torsten also suggested, more spindles.

In a real world workload, what I would suggest is to go with a single POOL of data.  And for expandability in the future it might be best to use a 6 drive RAID 10 as you can only put 16 Disk-Groups per pool.

Hope that is useful to you.