How is technology fighting illegal poaching? 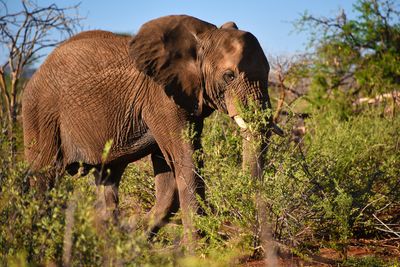 Last year, it was reported how Botswana is combating the elephant poaching problem with the increasing numbers every year. Revealing the sad reality, a survey stated, "Of the over 100 carcasses of concern, 90% were confirmed as poached". As we discuss illegal poaching, Africa remains the main hub where over 1,200 tusks were discovered in Tanzania a few years ago. Despite great efforts made by the wildlife authorities, the merciless killings of wildlife animals have never ceased. This asserts that illegal poaching still remains a matter of huge concern in many parts across the globe. Although the situation is not so easy to tackle, experts are now trying every possible method to control poaching. Today, scientists and wildlife experts are turning to technologies like Artificial Intelligence (AI) to fight against poachers. Protection Assistant for Wildlife Security (PAWS) is the new AI system that helps rangers predict poaching risks in different areas while also developing randomized patrolling paths for the rangers to follow.

According to Professor Milind Tambe, a USC Viterbi computer scientist, the PAWS system draws on reported poaching activities to combat poaching by keeping the poachers off-balance, thereby making it impossible for them to identify exploitable patrol patterns. "I admire these rangers. They are doing amazing work with little pay. They are staying away from their families for long periods, they are getting shot at by poachers and doing all kinds of dangerous work. But, essentially, data analysis is not something they are hired for. That is something that we can provide for them. Without data, they have to base their patrols mostly on intuition. This tool gives them evidence-based ideas of where to patrol", Tambe said.

With the help of PAWS, patrollers and other wildlife trackers can spot poaching hotspot activity and provide valuable suggestions to the patrol planners. It can provide insights into protected areas around the world using AI. Paws collect all data, providing truly random patrols. Bistra Dilkina, a USC Viterbi assistant professor in computer science and CAIS associate director, said, “We could be in 600 protected areas around the world in more than 55 countries. That would really put PAWS at the forefront of the movement to fight poaching on a global scale".

Be it the wildlife, healthcare or any other field, today, AI is bringing great changes and improvements in all industries, helping them explore various opportunities and innovate new solutions for growth. At HPE, the OEM team has been consistent in driving innovation and Machine Learning that has opened up an accelerated path to stay ahead of the competition and further enhance the value of your solutions.

Click here to learn how HPE Artificial Intelligence and Data-Driven Services will help you in every step of the way from big data foundation to AI-driven automated business outcomes.

Featured article:  How technology is protecting endangered species via Enterprise.nxt