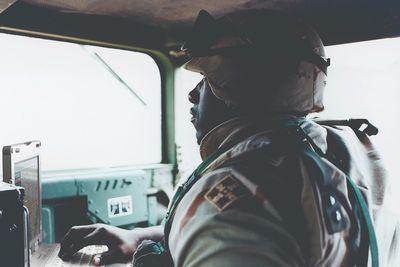 In the United States, May is Military Appreciation Month—a time to honor both active and former service members. Here at HPE, we have hosted a series of events organized by our Veteran Employee Resource Network (VERN) to commemorate the service and sacrifice of our armed forces.

To kick start the series, we heard from US Marine Corps veteran Kirstie Ennis about her inspirational journey of overcoming adversity, adjusting to life-changing injuries, and dedicating her time to giving back.

The session was moderated by Phil Cutrone, VP and General Manager Worldwide OEM at HPE and a US Marine Corps veteran. Both Kirstie and Phil shared how lessons learned during their service of hard work, dedication, and a commitment to others have spurred them to push boundaries.

After sustaining severe injuries in Afghanistan and facing medical retirement, Kirstie was determined to find a way to continue serving people. She decided to set up the Kirstie Ennis Foundation dedicated to giving underserved communities across the world opportunities in the outdoors. As she explained, “we joined the military to serve people, so the least that we can do now is continue that in some way, shape or form.”

Kirstie continues to push herself to the limit, climbing Mount Kilimanjaro, completing three master’s degrees, and even competing as a Paralympic snowboarder.

Phil spoke of his difficulties with dyslexia and shared how the marine corps instilled the passion and discipline that spurred him to pursue further education and cement his career with HPE. “If we fear failure, then we won’t do anything because failure can be right around the corner. I think it’s getting up and keep on pressing forward; in business, this happens all the time.”

We are incredibly proud of our veteran community at HPE, and it was an honor to hear their inspiring stories.

You can learn more about how we support veterans here.