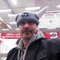 Do you know about of tools like good old Message Compiler but under *is or windoze ?

Where it's available, GNU gettext is a very common choice for internationalization and localization.  Maybe gettext via poedit, depending on what you're up to.

The C POSIX message catalog is probably the closest analog to the MESSAGE compiler — and that's even supported under OpenVMS — but comparatively few folks use that mechanism.

Like the POSIX message catalog, I'd not hold up the MESSAGE compiler as a particularly modern example, either.   It works certainly, but the OpenVMS tools are completely unaware of UTF-8 for instance, and the message integration and access is archaic in comparison to what is available on OS X and various other platforms.   Hopefully VSI eventually looks into overhauling this and other tools, probably as part of dragging OpenVMS forward from its ASCII dependencies.   But I digress.

There was a gettext port to OpenVMS, though I'm not certain of its current status.

OS X has its own mechanisms for internationalization and localization, and these are fully embedded into the Xcode tools and the programming environment.

I don't particularly use nor even follow discussions of Microsoft Windows development tools and platform norms, so you'll want to do your own research for that particular platform.  It does appear that gettext has been ported to Windows, though.

But it'd likely be more far more effective and efficient to ask these sorts of questions of the appropriate audience(s) for the target platforms and languages — forums targeting folks programming Windows, Linux or Unix.   As for alternatives to forums, there are also programming resources such as Stack Overflow, too — if you're on OS X, get Dash, which allows you to cache and quickly search Stack Overflow and other resources.   In this particular area, pretty much anything you find will be at least equivalent to the MESSAGE compiler, and probably better, too.

Some other question : what is a history of the VMS's MESSACE compiler/facility ? Who, when, how created this ?

For .NET under Windows, the programmer writes an Exception class for each message, and declares an object of that class when the error occurs. Since the messages are objects they carry their text with them (so to speak), and since they inherit the Exception class they are recognizable to the system as exceptions. A little more work up front than VMS messages, but it works quite nicely.

I don't know what you're exactly looking for, but I recently published the tool Message Compiler, which lies in the tradition of the VMS Message Utility. Currently it can be used in Java and OSX environments. It generates Java property resource files, OSX string table files and Java, Swift or Objective-C constant definitions for the keys to access the localized texts in the resource files. However it can be easily extended to support other programming environments.

Cool!  What about of good old plain C ?

For what it is worth, attached are the sources for a simple get message tool based on VMS-style message files. It's simple: it does not implement all the features of VMS messages and it only needs lex and a C compiler.

Thanks @H.Becker ! Give me some time to test it!

May be you need to place this project  at GitHub ?