The processor should have 2.1GHz Base Frequency but 3.2GHz Max Turbo Frequency https://ark.intel.com/content/www/us/en/ark/products/193390/intel-xeon-silver-4208-processor-11m-cache-2-10-ghz.html

The VM will run ERP SW which likes high CPU frequency. So I try to enable the 3.2GHz Max Trubo Frequency: All ready selected "Virtualization - Max Performance" at BIOS.

After that i powered the VM on but the Win 2019 std still says the CPU has 2..1 GHz frequency.

What I am missing here and is it possible to have 3.2GHz frequency in my system.?The server is not jet on production so I can play with it for couple days.

If nothing else can I swap the processor to faster one? Only 500W powers though. I only have two VMs in the host.


I am a HPE Employee

Hi. I reckon that this is a post over a year old by now, but while searching for something completely different I came across this. Last year we bought a few DL360 Gen10 with 6248R CPU's. They are running Hyper-V opposed to your VMware, but I had the same question and for what it's worth I wanted to have the best performance. I tested with different settings on both the host itself (running Server Datacenter with GUI for testing purposes) and within a VM with those different settings.

At the time, with the then latest BIOS, setting the BIOS C-Stated disabled which is recommended everywhere, the CPU  runs at a constant speed, but only a few 100MHz above base clock and nowhere near it's max Turbo frequency. Somehow this might make sense. I know from desktop CPU's (not sure how much Xeons actually differ from this) that Turbo cannot be achieved on all cores, and is heavily dependent of the whole package consumption. So it might just be that with all cores running at their base-clock + a little bit already, 'real' turbo isn't feasible in terms of TDP / heat / consumption anymore. But anyway you'll at least have stable performance.

Note that with Hyper-V at least the host will show actual CPU frequencies in CPU tools, or even taskmanager, but within VM's you'll always see the base-clock reported regardless of how fast the actual physical CPU is running.

Now for some stats:

Host itself with High Performance and C-Stated disabled: 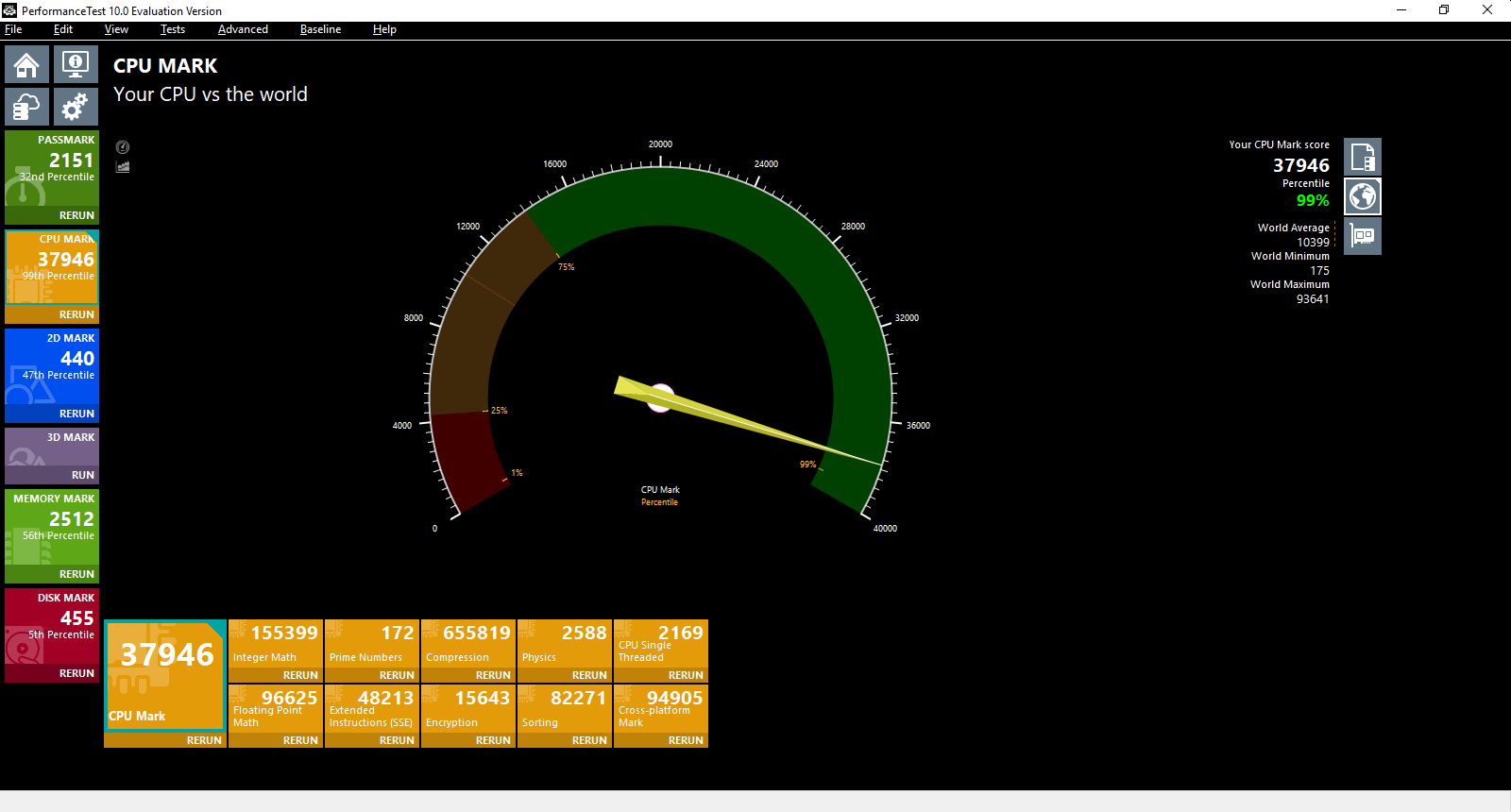 Host itself with OS control (Windows set to High Performance) and C-Stated enabled: 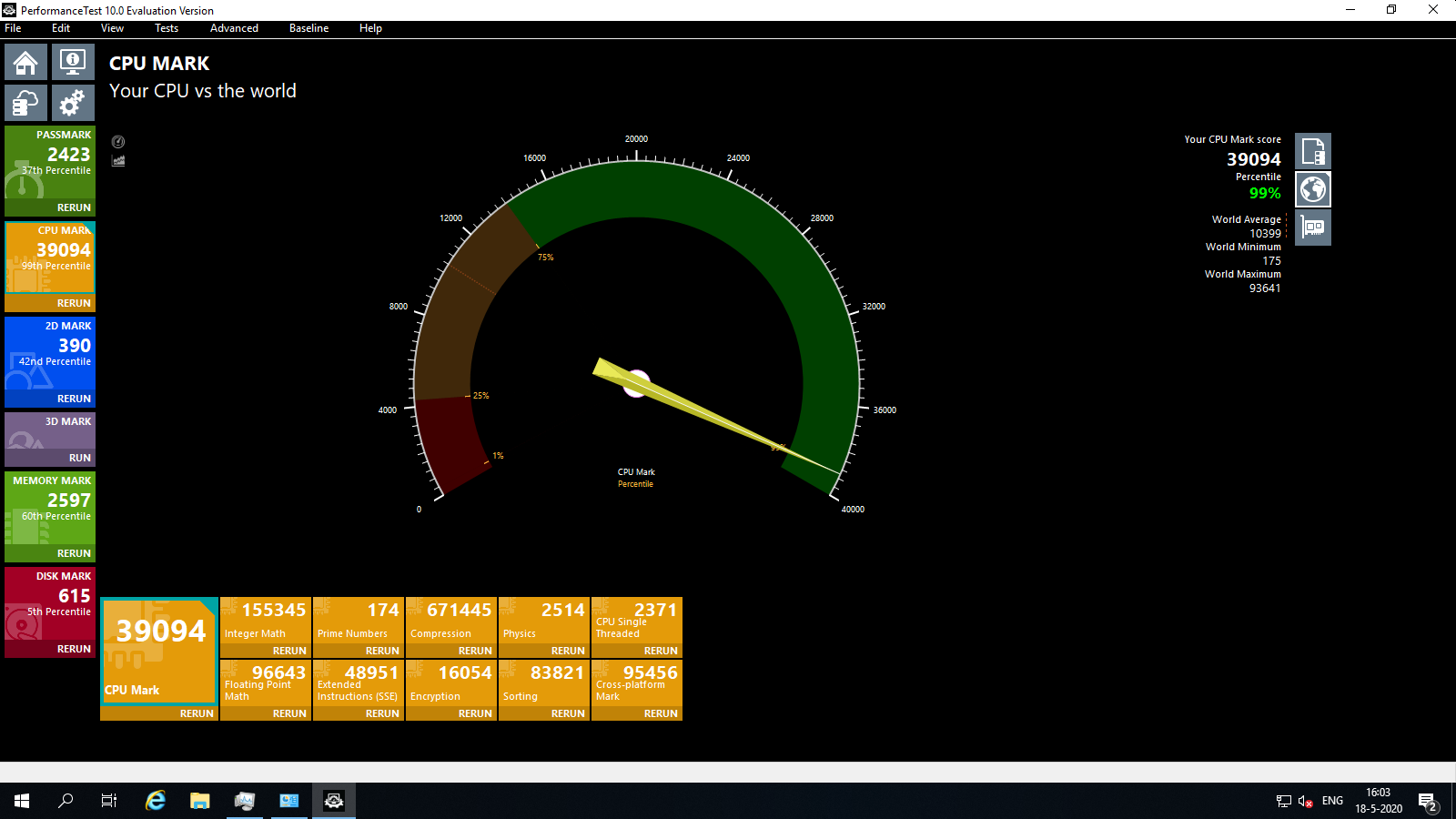 VM with I think 4 vCPU's and host set to high-performance and C-Stated disabled: 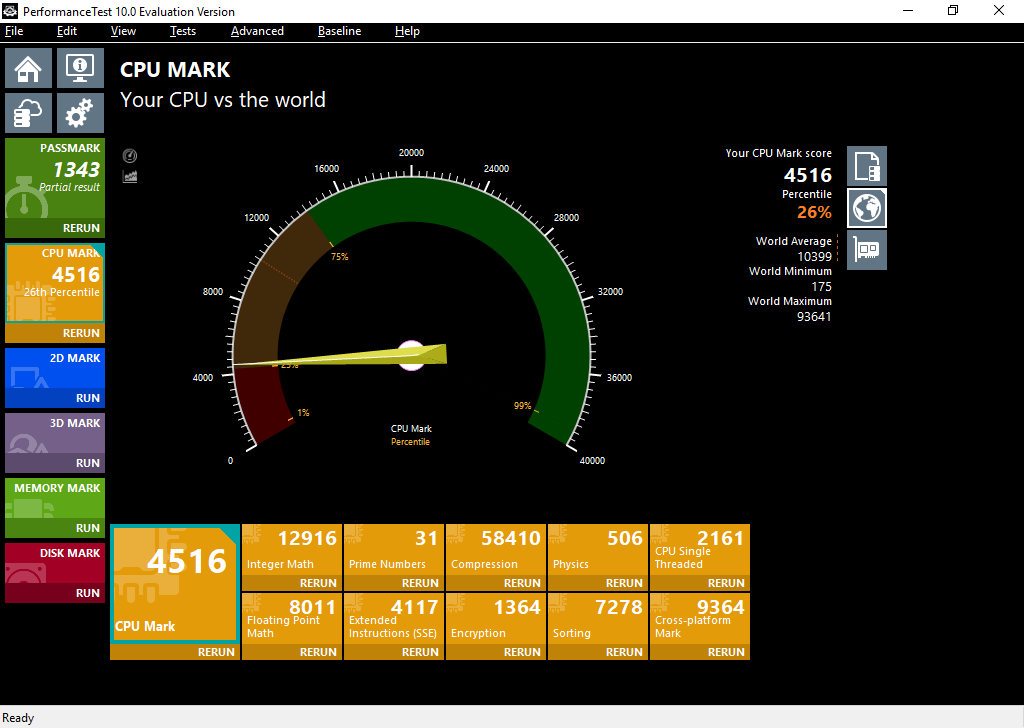 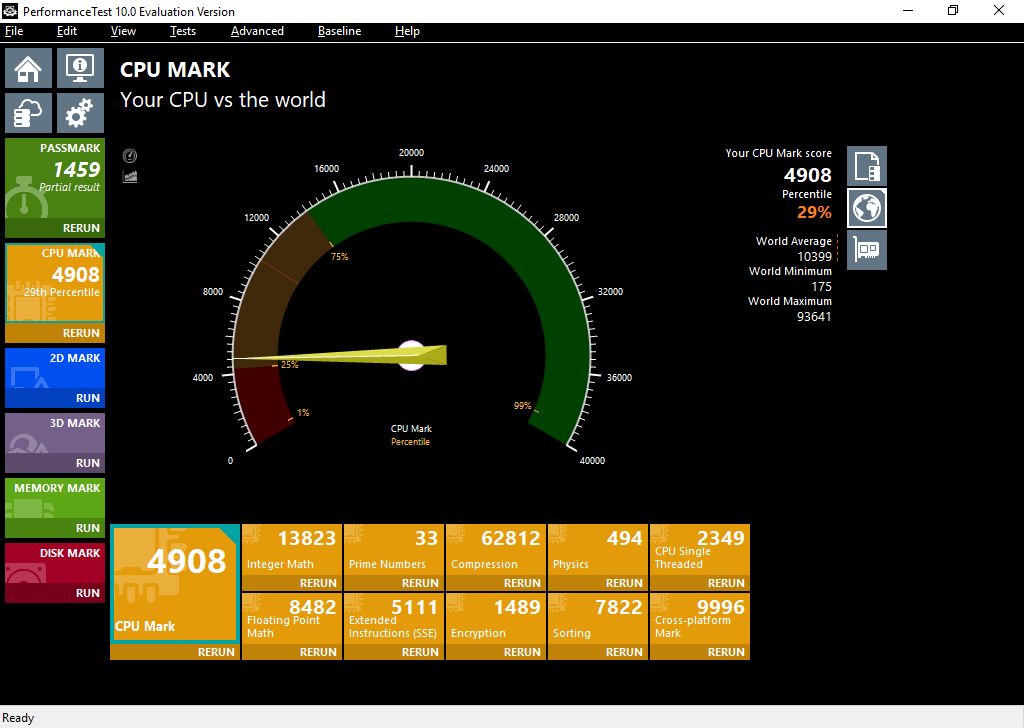 All tests were run 5 times and the values were all equal. It seems Windows can do a better job than the servers itself in managing power and performance. The above values are of course depending on the load you throw at it. If you load the host with a lot of VM's and all CPU cores are busy, you'll probably not get much improvement with OS control and C-Stated enabled. However, as testing the host itself shows (which tests ALL cores on 100% load) even then having C-Stated enabled helps a little bit. In our environment though we don't have many VM's that are constantly taxing the CPU 100%, which means that with C-Stated enabled, we actually get a nice performance boost as the full turbo-frequency can now be reached. However bear in mind when the overall host CPU load gets to high, it might throttle down, so if you want very predictable values, don't enable C-States.

As you see another thing is we enabled OS control in stead of Static High Performance in the power regulator settings. After office hours our systems aren't loaded anymore. We simply run a scheduled task that sets all hypervisors to 'balanced mode' after office hours + 1 hour, and sets it back to high performance at office hours - 1 hours. This makes the host throttle the CPU down if the power is not required and it saves us quite a lot on power consumption. And if a user would still log in - the CPU's can still ramp up if needed - it's just that they don't run at full speed all night long without any avail.

One more thing I noticed is a difference in CPU behaviour between different types of CPU's. Above is all with 6248R CPU's, which are rather beasts. I have a bunch of machinines with Xeon Gold 5118 CPU's, with baseclock 2.30Ghz and turbo to 3.2GHz. However, when I stress test THOSE CPU's on host level, with all cores stressed it ramps down to 1.6GHz regardless of BIOS settings. That CPU can't even keep it's base clock on all cores, regardless of BIOS settings.

For reference this is what I set BIOS settings to: 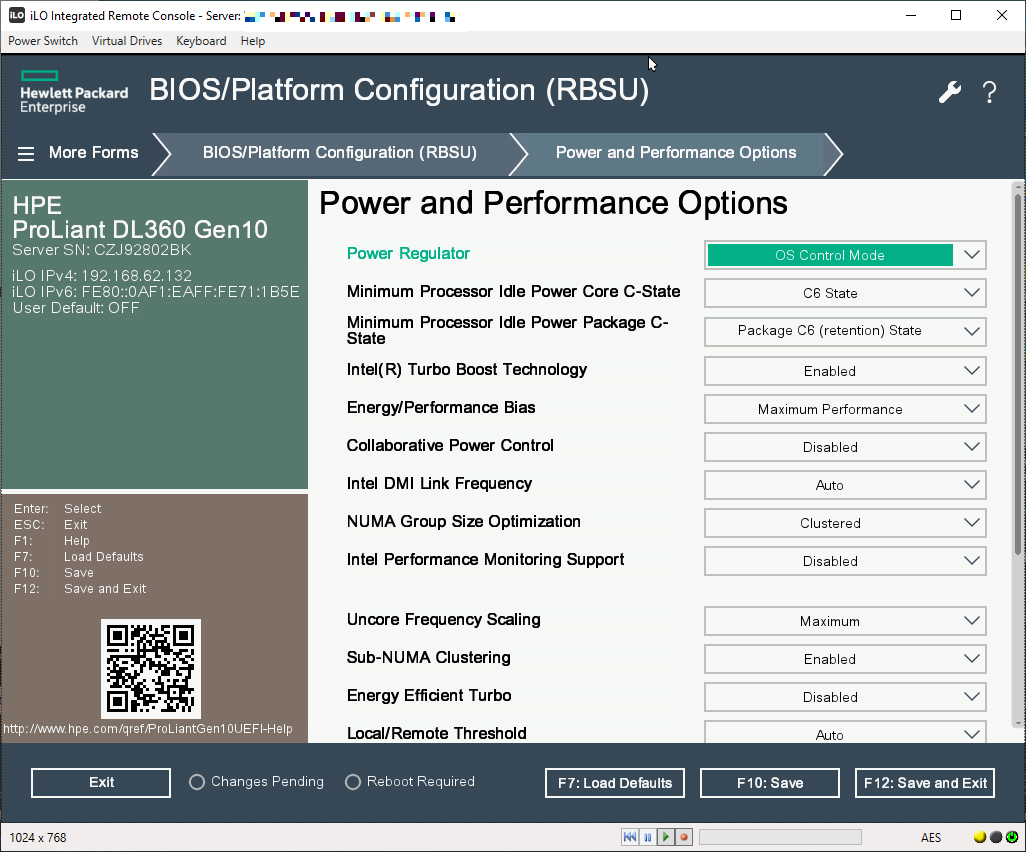 If anyone has another opinion or question on this, I'd gladly discuss.

Intersetinfg results and it seems that you actually find an answer to get trubo frequenzy out of servers cpu. Iäll need to check how many cores I have used for VMs (only two of those) since it seems that high cpu speed and all cores used doens't go together.
Thanks for the last picture too. It helps.