I was wondering if anyone would oblige sharing the limitations of installing/using the NVME express bay kit?

My points of concern are:

1) I been advised that if this option is installed, we can only use one GPU card.

2) Will this support all NVME drives or is it vendor locked? as we currently have Intel Optane NVME drives we'd like to use.

3) Does it require high-performance fan upgrade to function or is that simply a hardware-health advisory (ie heat).

Strangely enough I have been unable to get any "this is how it works" type of answers from resellers and HP techs. Hoping there is someone here who uses or has used this kit in their server and can shed some light or at the very least someone at HPE who knows their hardware like the back of their hand? (well it is last generation hardware)

What you have mentioned / told is almost right. The instructions mentioned in the Quickspecs has to be followed for the flawless and smooth operation of the Server.

The instructions would be given based on the Power consumptions,  dimensions and other Technical specifications. Pointer 1 and Pointer 3  are the exs for the same. High Performance Fan Kit is available to meet ambient temperature environments without which the Server may run but may have issues regarding the Temperature / over Heating.

Hence it is always recommended to follow the same.

These can be checked using Power Advisor Tool : http://www.hpe.com/info/hppoweradvisor.

For the Pointer 2,  idealy that should be supported, if you could share the NVME Drive details, we can check the compability once. and share the further details.

Thank you for your generous help.

The drives I am looking at putting in are Intell 900P 480gb nvme drives, and also possibly an HGST SN260 6.4tb, I'd also like to copy files from an older nvme drive from a decommisioned server, that drive is an HGST SN200 3.2tb.

I appreciate it is always wiser to stick with HPE supplied drives as all the testing and quality standards are met and support comes readily available as per contract. However for us smaller businesses it is a risk/benefit analysis that we tend to value in favour of a lesser budget, at least the drives come direct from manufacturers so we have warranty on that side of things. The only issue is not knowing the specific vendor tweaks done to standards such as nvme in this case, unfortunately this information isn't readily available in the Quickspecs, whence raising the query.

I understand your concer, after checking few details we did see the Octane Drives are supported / tested on few Gen10 Servers.

However you can check with Intel itself to see regarding supported devices / Units.

Also we did see there were few instances where the Drivers available from Intel has helped the situation.

The same would go with HGST as well.

Hi @ksram , thank you for that information.

Ok, I finally got round to testing this yesterday and when I have a 900P and/or SN200/SN630 in the bay, while the Bios is doing its thing it suddenly RSODs, this is the display: 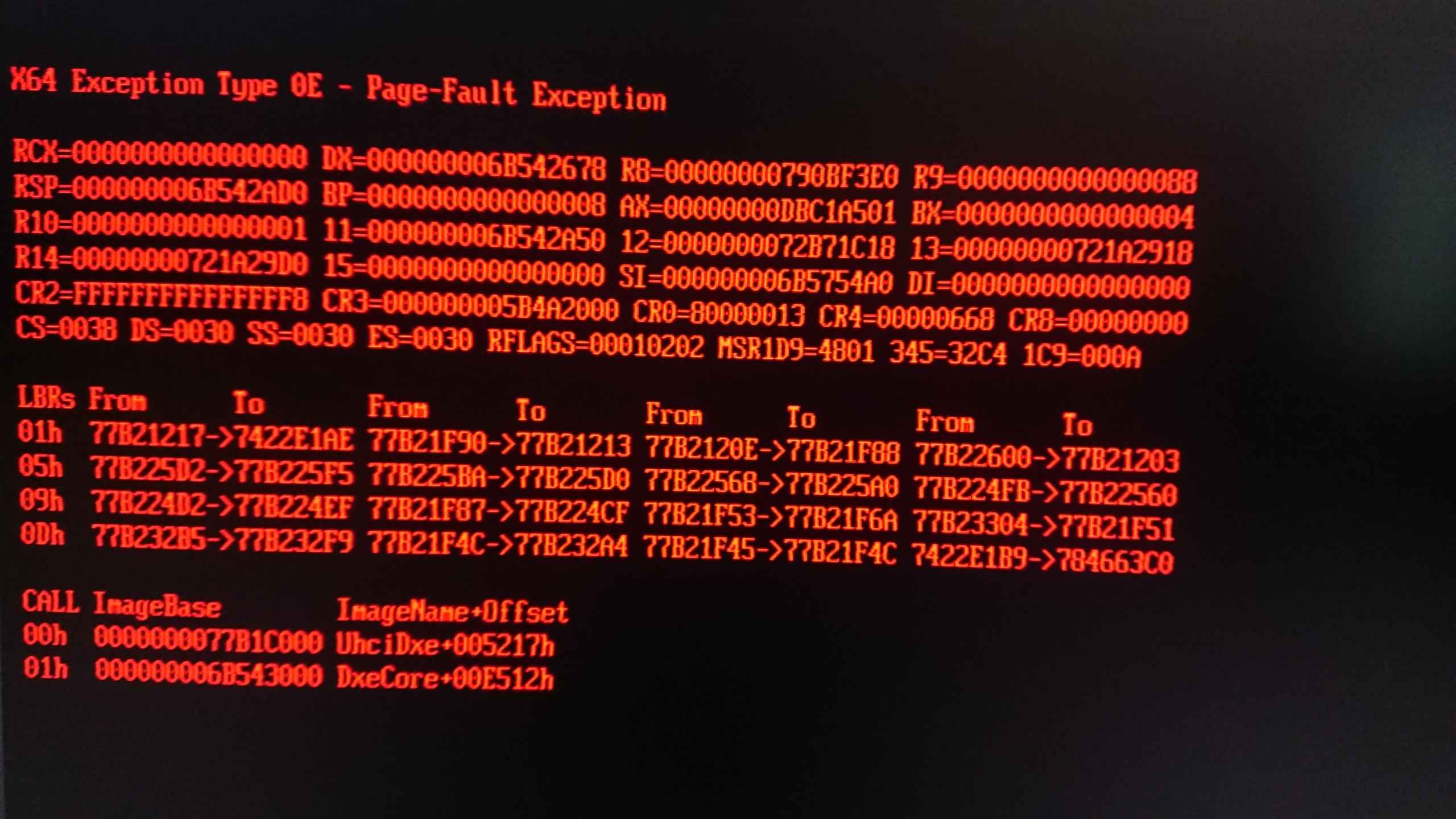 Now if I have no drives plugged in, then it goes through and everything is ok. I'm not too interested in hotplugging at this stage, just want to see a clean post. I have absolutely no clue as to what this error message is saying to me, it is as cryptic as some of Microsoft's BSODs.

Server has the latest system firmware and also the latest NVME bridge card firmware (1.78 I believe).

yeah, the ssds aren't loading correctly, and at least the optane drive isn't made to be used in servers. Best chance to make it work is to update to the latest SPP, enable/disable UEFI optimized boot, and disable secure boot. I'd say it's about 50/50 whether it'll work or not.

And also try to check if any Driver is available from Intel. (https://downloadcenter.intel.com/)

Disclaimer: One or more of the links above will take you outside the HPE website. HPE is not responsible for content outside of its domain

The update thus far in this nightmare of a project is that all the drives we purchased work in a Supermicro white-box server we just purchased for DR via a Supermicro PLX switch card. No firmware needed, nothing, clean post, and available in Linux as nvme01, nvme02, nvme03, nvme04.

So it seems the issue is with HPE hardware simply not having any love for these nvme drives, which as I understand it is supposed to be an industry standard interface protocol, in this HPE server's case, apparently not, and through our research over the past week this appears to be a worsening issue. Long live the IBM compatible? doesn't look like the key players in the enterprise sector support what made the x86 platform what it is today.

Now before I hand this server onto a recycling company (fully supported by our purchasing manager), will HPE please elaborate why release "NVME enablement kits" with little to no support for NVME standards other than those manufacturers who have chosen to side with HPE on certain firmware tweaks in certain drives?

We have been a long term HP house, and this has really amazed us, we came from Dell to HP, and we have realised these vendor-lock practices are exceptionally anti-competitive, is there no industry body which governs and prevents such practices?

Needless to say, goodbye HPE. Looks like we will be replacing this server with a Supermicro too and not renewing to the Gen 10 series whatsoever as we've been advised it gets a lot worse unless you are willing to pay the HPE times-4 tax for the same hardware purchasable for whitebox servers.

Thank you for the support gents, by disabling the bios 'UEFI optimize boot' option we at least eradicated the RSOD, however none of the drives were recognized. Some thorough research into this matter has shown us that Broadcom/Avago's PEX series chips (used in PLX bridge cards, PEX8749 in the HPE bridge adapter's case) are controlled by OEM firmware, and it is up to the firmware to decide what to pass through and what not to pass through for whatever reasons this may be. The fact we are able to use these drives as hot-plug media in a Supermicro server, paints a very clear finger pointing at HPE and whatever shenanigans are at play with certain key partners in the industry.

We really understand the situation. But what we see here is may be the mentioned SSDs (click here) are available for high performance desktops and client workstations and there might be compatible issues. Sometimes we would have Firmware / Drivers available for SSD Models but we didnt get any here.

I would request you to provide us tsome more time to check and get more information about this.

Wanted to check if you could log a Case and share the files / logs to check mode regarding this and to see if any other suggestions / solution available.