We are using HP DL380 G6 Server, We removed and plugged  the PCI riser cage without shutting down the server. After then we restarted the server but it fails to boot. Shows "PXE: E61 media failure" error. If I do Boot Device test through utility menu, output shows Disk not found.

We could not see amy physical damage in server. But it is not booting. We need solutions/suggestions to recover or resolve the problem ASAP.

I suggest you power-off your server first,then confirm your pci riser has no loose connection.

Power-on your server and press F9 key to enter RBSU. 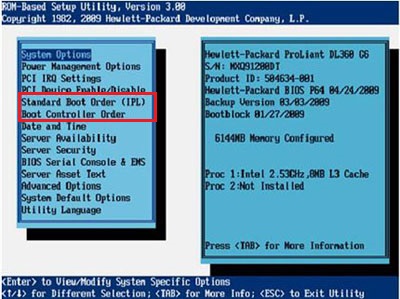 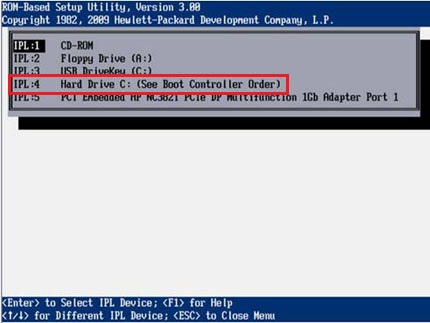 you can try to change "Hard Drive C:" to the first boot. 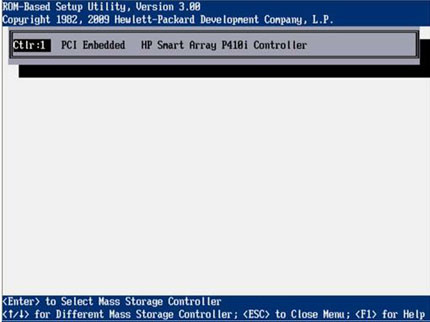 I've just re-fitted my company's DL380 G6 i.e. removed it from it's old server cab to a new one.  I'd taken great care to ensure that it was installed correctly in the new cab, with only 6 ethernet cables to worry about I thought it would be an easy task.

Upon booting the server seems to get stuck in a loop attempting to boot from NIC before giving the same PXE-E61/PXE-M0F code and starting again.

I followed the steps in the post above... it didn't make a difference the server still attempts to boot from the NIC.  This may be because that's where it is expecting to find the system.

here's a few details about my system:

I'm pretty sure with the switch that's in the system, it doesn't matter which ports you plug in where, however it is set up exactly as it was when it was in the original cab and now it will not boot.

I've been inside the server's case and ensured all the cables are seated correctly.

I've removed all the HDDs from the chasis and ensured they are clean and seated correctly.

As I said before I've followed the steps above and made the C: number 1 on the boot list.

I've changed the cables around in each port on the server and the switch (clutching at straws there I know) and I've ensured that I've got 'good' connectivity between the server/iSCSI/switch by testing the cables and even replacing them serviceable spares.

I'm at a real loss on this one, and in dire need of assistance.

Many thanks in advance

I suggest you power-off your server first,then confirm your pci riser has no loose connection.

Power-on your server and press F9 key to enter RBSU.

you can try to change "Hard Drive C:" to the first boot.

Have just found out from a colleague that there was a power cut last week and the server may not have been shut down in time before the UPS ran out of power.  I'm guessing this might be a contributing factor to the issue?

I assume the system should boot from the internal HDDs.

During POST, can you see the smart array controller and the number of logical drives?

thanks for the quick response,

I don't get that screen during boot up.

The server has this P410i as a default. Can you see the appropriate entry in the BIOS (IRQ list and boot order)?

The controller may be defective otherwise ...

I've just been into BOIS, the p410i is the only option for the boot controller.

I've put the boot order back to how I found it this morning:

Is the controller listed here?

Does it work now?

Can you see the controller in POST (you may need to press a key to see POST of the devices - this will be written to the screen).

yeah that's where the controller is listed.

I'll check the POST screen and get back to you in a sec...