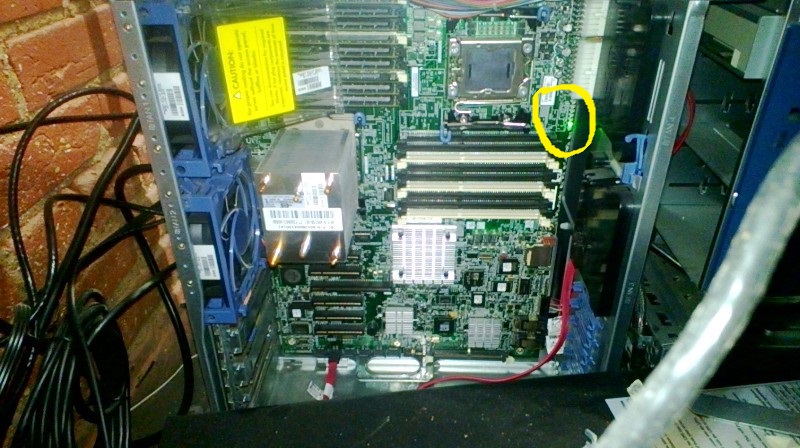 Hi NG-Ops,
How's ILO? You haven't mentioned about it. If it's working then you may get insight into IML and system info.
You have already tested different RAM, Processor and Power supply backplane.
Best guess is to replace System board now
Let us know how it gets resolved
-Tarun Jain

The Video card I tried to put in it was a NVidia NX8800GT that has an external 6-port power need. I used an adapter to the standard 4 port plug that's in the server, and I'm wondering if this was the cause of the issue; however I think it's odd that it would short out the motherboard. I've done this dozens of times in workstations, so I'm not sure what happened.
0 Kudos
Reply

The ILO works fine, but looking through the logs I didn't see anything reported other than times I pulled the power cable to the server, it reported lost power, etc. Nothing critical in the logs however.
the system board seems like the next thing to try, I just wanted to make sure others felt that was the best thing to do before I bought one. Wanted to make sure I didn't miss something obvious. Thanks guys!
0 Kudos
Reply