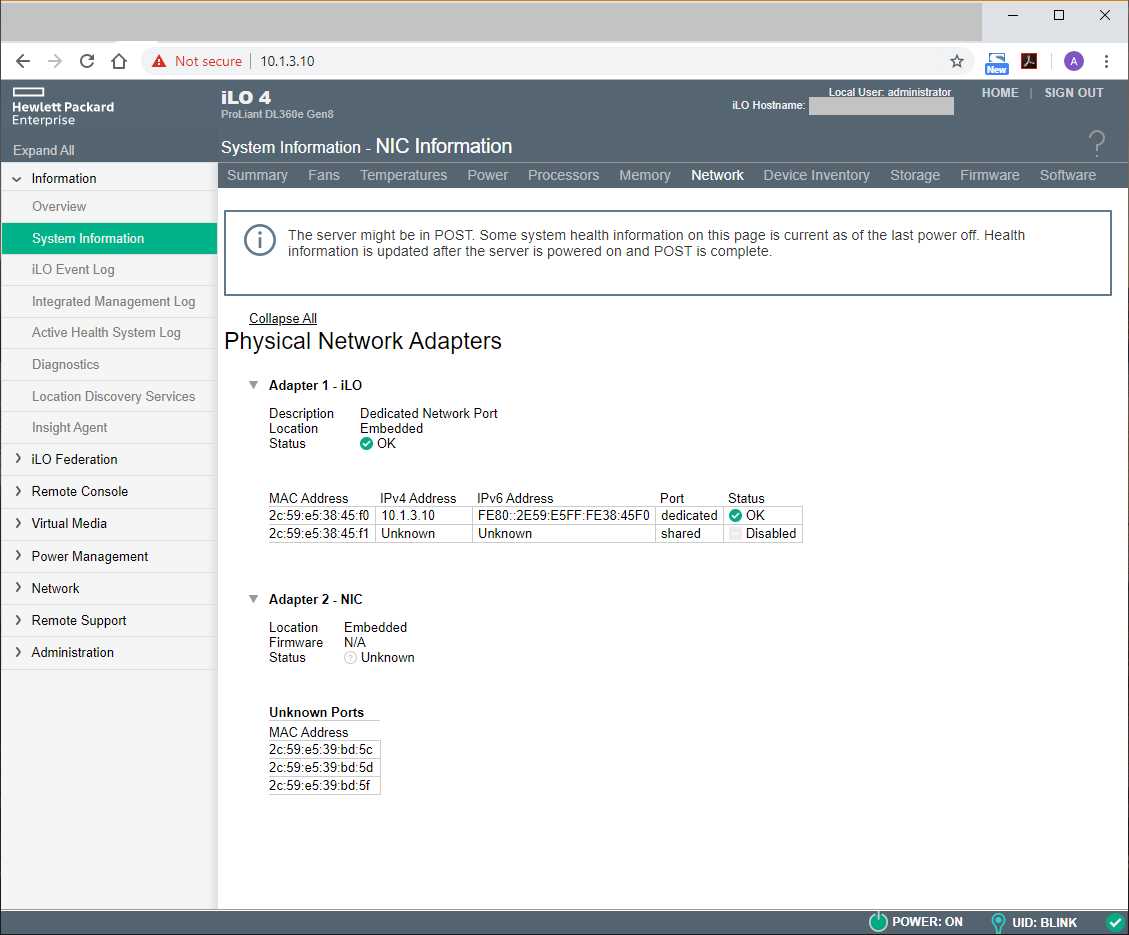 Note that only four MAC addresses appear. in RBSU I see something similar where only three of the four NICs appear. 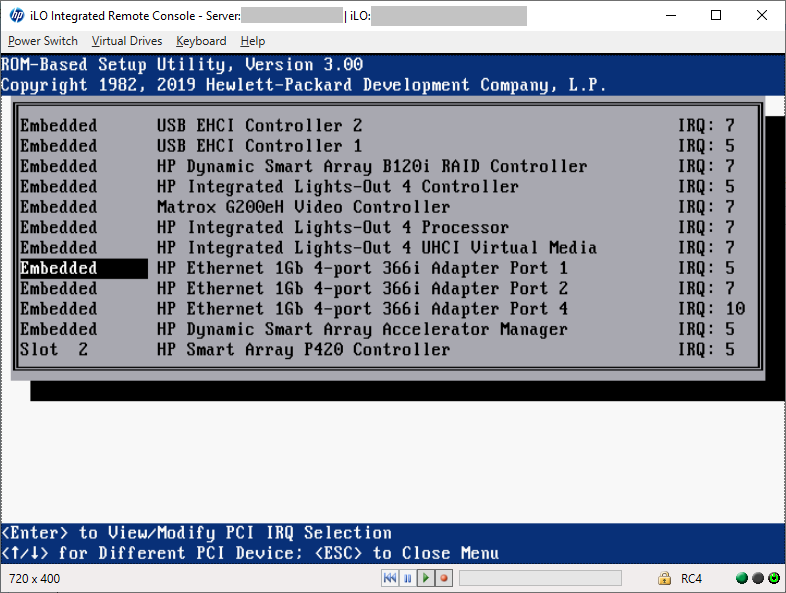 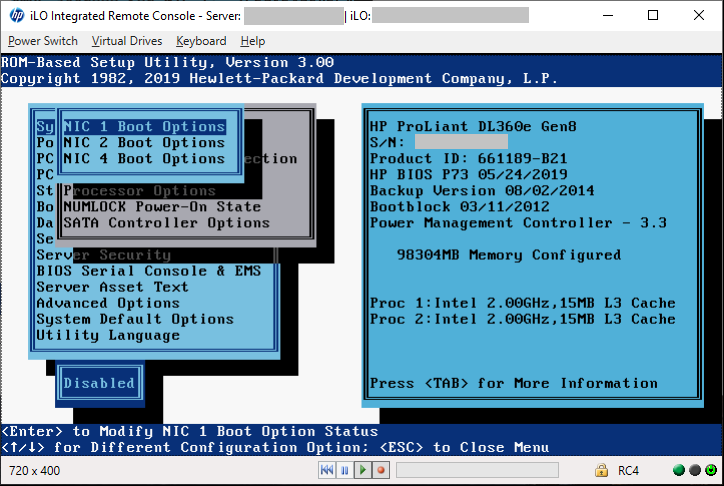 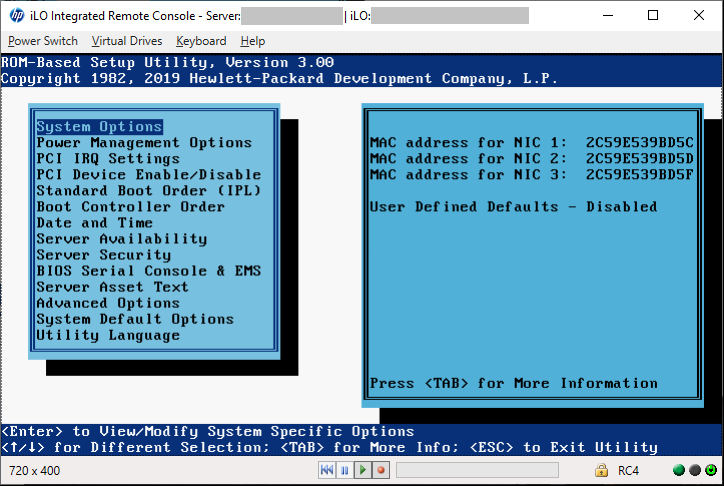 Any magic tricks to get this working or is un-fixable? I'm not going to spend money on another NIC/NICs for hardware this old. So it's either get it working or get rid of it.

Any thoughts or suggestions would be welcome.

I unplugged the power for over half an hour with no change.

The Insight Diagnostics also only sees three of the four NICs: 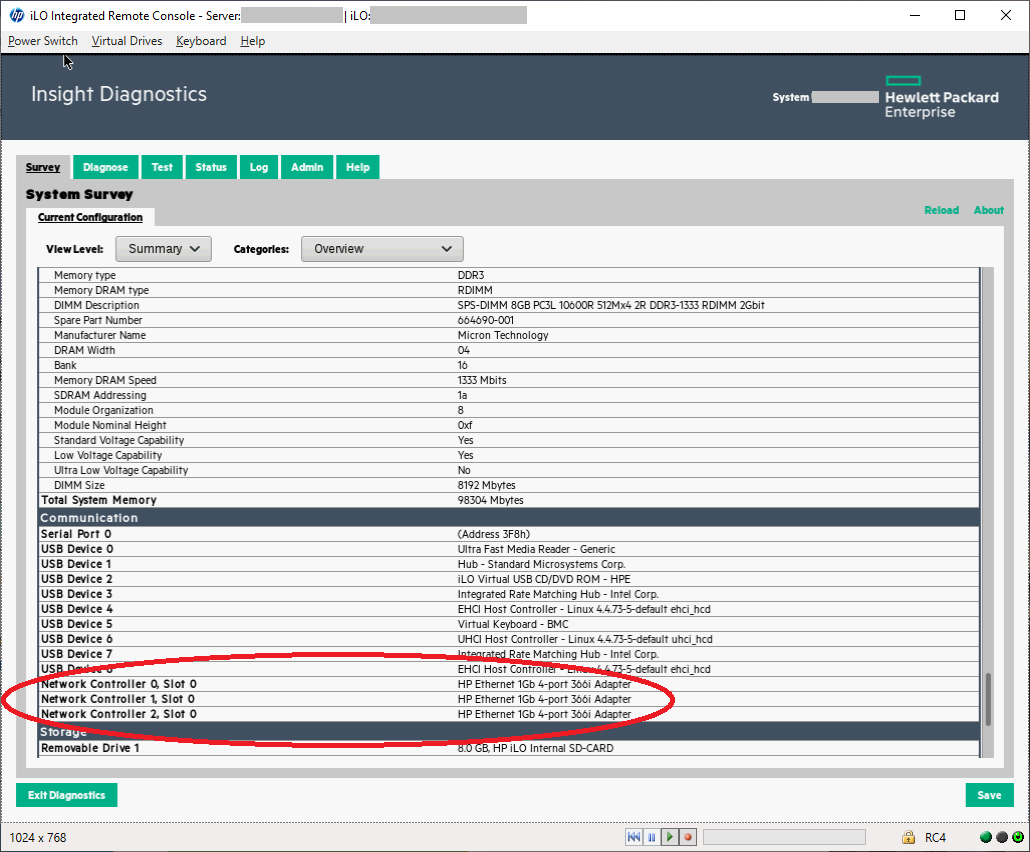 I am beginning to think that this happened after applying Support Pack 2018.09.0 as this server ran ESXi 6.0 without problems previously. Is there a way to force re-applying the network firmware without installing an OS first? I tried the manual method from the Support Paq but there wasn't an option to apply the network firmware.

Before you posted your message I already tried re-applying the firmware update. I couldn't figure-out a way to apply the firmware update, in this case cp031548, so I installed Windows Server 2012 R2 then installed the Windows drivers (cp037767) followed by the firmware update (cp031548). After this Windows was able to see the fourth NIC. After rebooting to ESXi 6.0 (VMware-ESXi-6.0.0-Update3-6921384-HPE-600.10.2.0.23-Feb2018.iso -- same version worked previously ) it was able to load whereas previously it refused to load due to unrecognized network adapter (I don't have the precise error message). So while this is progress it doesn't entirely solve the problem. Insight Diagnostics, iLO and RBSU now see all four NICs, iLO inicates that the firmware is "N/A" and the status is "Unknown" whereas on other similar systems iLO does recognize the onboard NICs as being a HP Ethernet 1Gb 4-port 366i Adapter.

As mentioned in my OP all of this seems to have happened as a result of applying "Service Pack for ProLiant version 2018.09.0". How do I get iLO to recognize the onboard adapter? 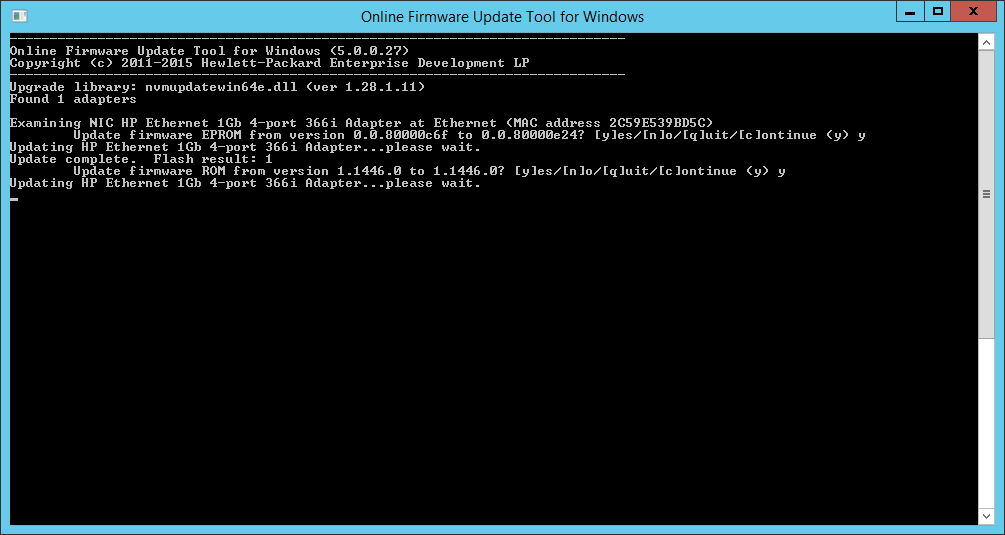 During the application of cp031548 obviously one of the NICs was still out of date. 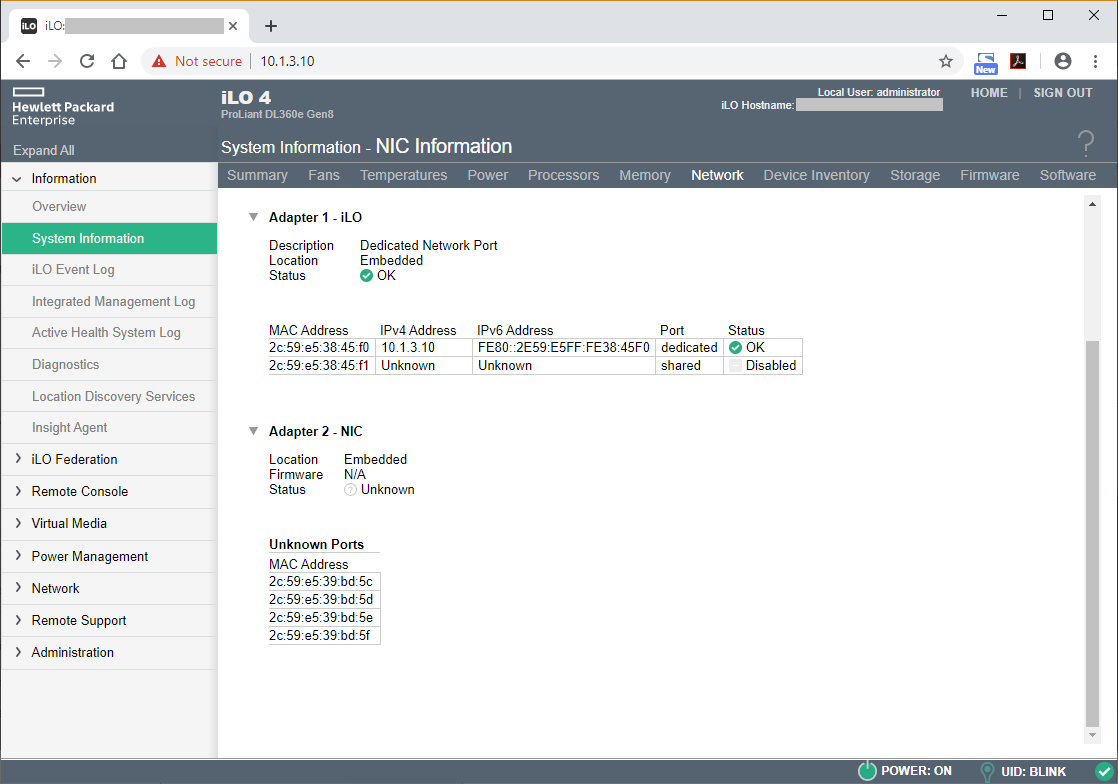 After applying cp031548 iLO sees all four NICs but does not recognize the adapter.

is shown as unknown. no os  installed
does the status display only work with ams for this card? another 10GB card shows the status ok. with mac addresses.