I'm having an issue with a server where the power supplies seem to go "offline", but not at the same time. I noticed this just a week or so after getting the server (August 2015).

iLo reports a PSU as haven lost power. If I unplug the power cable from the UPS and plug it back in, it comes back as healthy.

Just the other day, the server went offline and was even inaccessible via iLo. Once I got to the hardware, it was completely powerless. I unplugged the power cables from both PSU's and re-plugged, and it was then able to power on, and iLo reports everything as healthy.

Normally this would only effect one PSU at a time, giving me time to replug the cable and restore redundency. However, this time the second PSU failed before I noticed that the first had failed as well, taking everything down.

I contacted HP support because the server is obviously still under warranty, but they couldn't see any problems other than the logs saying that PSU redundency was lost.

All the firmware is up to date, including the power controller and BIOS, according to the HP tech. iLo says that the PSU's themselves have firmware version 1.0.0 on each, so I thought they may be able to be updated, but I can't find anything on the HP site as far as PSU updates - just power controllers.

I don't believe it to be a UPS issue because there is another server and 3 network devices connected to it that have had no issues. Also, the UPS load is very low (10-15%).

Any ideas on what I can do?

A simple test would be to plug them into another power source and bypass the UPS temporarily and see if the problem continues. 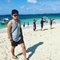