My OS (Windows 2012R2) mirror crashed when I tried to change a disk marked as failed.

I repaired it and get to the Windows Automatic Repair / Boot in Safe mode but it won't actually boot Windows.

I have two other RAID disks which have all my VMs on them which are fine. I don't want to loose them.

-  Can I make the OS partition bootable again? I found a check box in the array configuratin tool but it does not change the situation.

- Or perhaps I should just re-instrall Windows, Hyper-V and import the machines. WHen I try to do this through intelligent provisioning I get a really scary message "Warning Pressing continue will install the OS and reset all drives..." I only want to reset the OS drive. Does this really mean it will reset all the Arrays and logical disks or just the NTFS 136.69 GB partition shown? 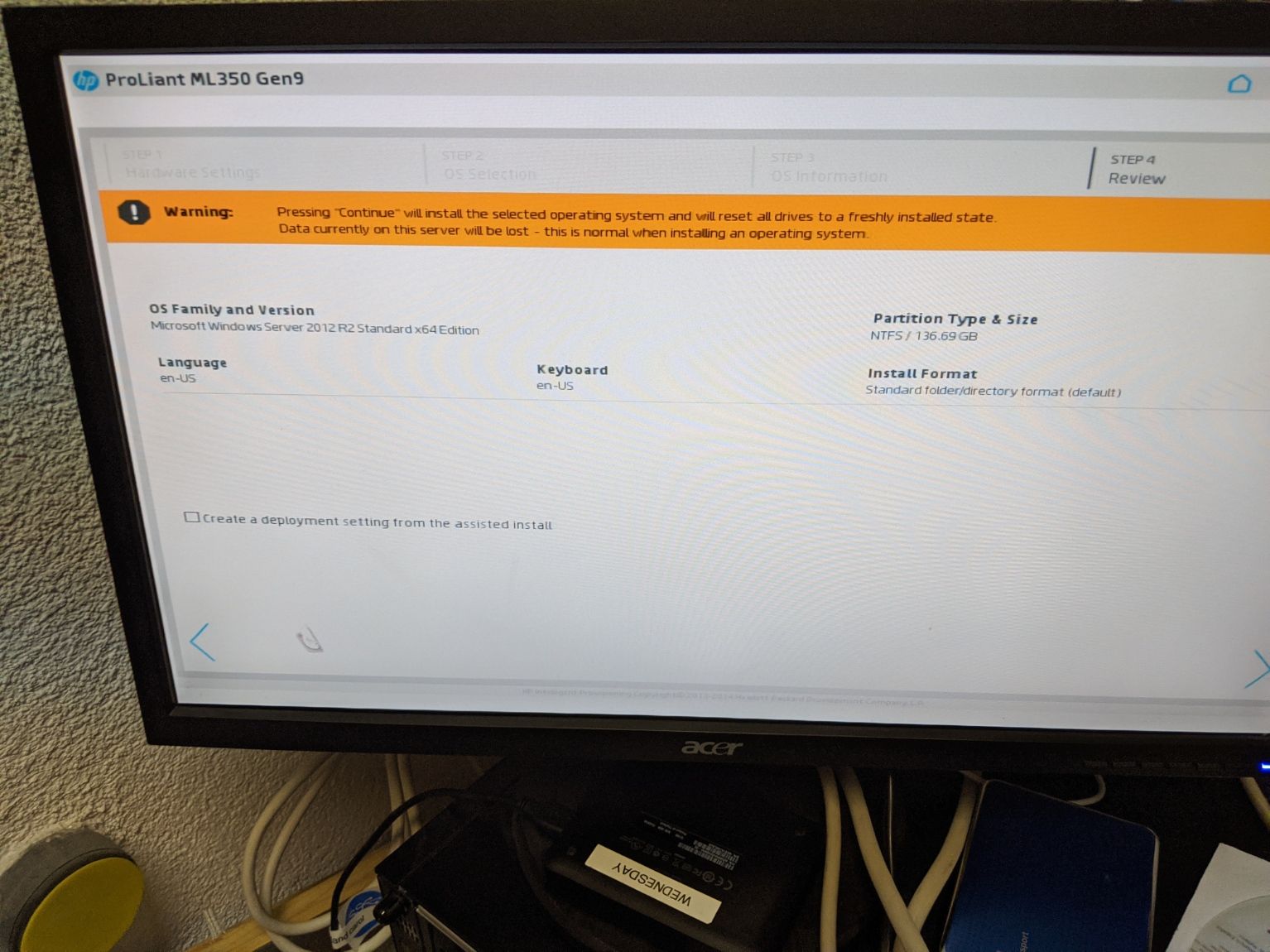 This is pretty strange because RAID should not crash when a drive fails. The only way a crash on a RAID1 can happen is when the second drive also has a problem, maybe undetected previously.

If it is true that both drives have failed, you will have to delete the RAID1 and make a new one with good drives, Then you re-install your OS from scratch. Hopefully you have a backup, so it's a bit easier.

What does the Smart Storage Admin SSA show about your logical drives? It would help to see what it shows. Are both disks bad? Are all the other data-disks OK?  Is it really a RAID1 or is it another configuration?

I normally clone servers by taking one drive from a RAID1 and put it into another machine. Then rebuilding both machines with two new drives. Works perfectly many times.

first question, Have you replaced any phsical disk which causes this issue?

Ideally failed drive replacement in RAID 1/5 should not cause this issue.

even if you reinstall the OS then also it should not impact any other arrays/RAID disk.

instead of using IP, directly from OS media and then try

Thank you!
I am an HPE Employee