I recently picked up a DL380 G7 that I planned on using for a homelab running Proxmox.  Other than a 4-port NIC card it is stock.  72 GB and ESXi on the internal SD card

I installed 2 1TB drives in RAID 1 formation (in slots 1 and 2) and set them as the boot drive.  Set ROM boot order to CDROM/USB Key/HDD/Floppy.  Then installed Debian 10 (Buster).  Everything went flawlessly until I rebooted.  the DL380 will not recognize the drives (Error says"Non-System Disk or disk error. Replace and strike key when ready."  If I reboot the machine and manually override the boot order, the machine boots into GRUB and Debian flawlessly.

I have tried reinstall several times, alternating drives and even trying a single drive install with RAID 0.  All with the same result.

Any ideas on what I am missing?

Restart the server and set the hard disk as 1st boot. I hope below snapshot will help you. 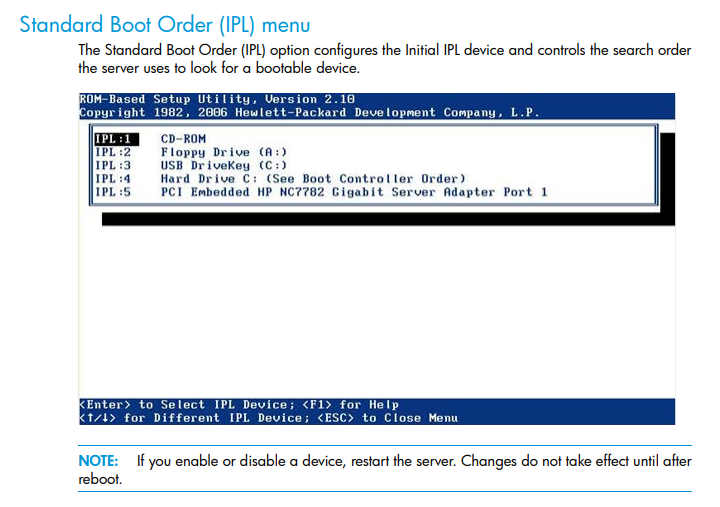 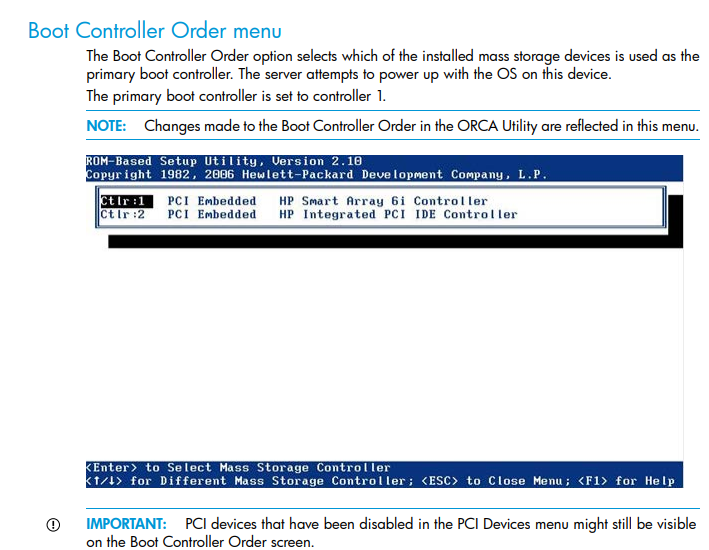 I am a HPE Employee

Thanks!  I'm confused why the BIOS didn't boot with the CDROM higher on the list.  Regardless it now recognizes GRUB and boots through without user intervention.