Learn the strategies hackers are using to target unsuspecting companies and how to safeguard your small business against these attacks.

There's no doubt that small businesses have an IT security problem. They tend to lack the security infrastructure 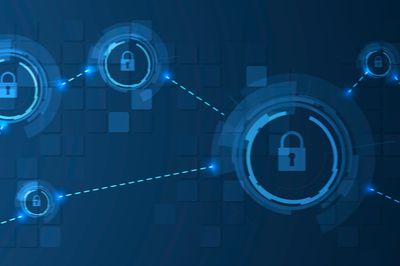 of big enterprises yet store and process the same types of sensitive information that larger businesses do, making them prime targets for cybercriminals.

According to the U.S. Small Business Administration, 88 percent of small business owners feel their organizations are vulnerable to cyberattacks. And they're right. In 2018, the FBI's Internet Crime Complaint Center received 351,936 cybercrime complaints that represented losses totaling over $2.7 billion.

The solution isn't for you to buy more insurance, nor is it to simply watch as your hard work and profits evaporate after a cyberattack. The best move is to improve IT security by ensuring the software and hardware your data center runs on are as secure as possible. That means upgrading to a new software operating system, such as Windows Server 2019, on top of a modern server with built-in security. Keeping your server hardware and software up to date can give you the tools you need to prevent a cyberattack.

Passing the hash means what it sounds like: it lets criminals bypass the hashes that hide a password. When you type your password into a website or hosted application, you're probably used to seeing a string of asterisks or pound signs appear on the screen. The purpose of these is to keep anyone around you from spying and learning your login credentials.

And just as systems protect what you type on your screen, they also try to keep people from getting electronic copies of your password. When you log onto your network or into a web service, your computer transforms the password you type into an incomprehensible string of characters called a hash. The system passes this hash over the network or internet to the server for authorization. Because of the way in which the transformation from password to hash occurs, it's practically impossible to reverse engineer the original password from the hash. And typing in the hash itself won't work because the hashing function will turn it into something else entirely.

Cybercriminals frequently employ the pass the hash (PtH) technique. This entails using downloadable tools to crack into the system that locally stores the hashes and directly submitting them to servers for access. If they can steal a password from a user who has administrator privileges, the hacker can take full control. With a PtH attack, a criminal can usually hijack an entire data center within 48 hours.

The good news is that these attacks are only successful against outdated software. Modern server operating systems have tools to prevent PtH attacks. For example, Windows Defender Credential Guard, found in Windows Server 2016 and 2019, solves the problem by holding hashes in a protected environment so only privileged system software can access them. The PtH tools that hackers favor are thus iced out and prevented from working.

Another common hacker technique is installing malware, whether it's spyware that logs what the victim types, a system-disabling virus, or ransomware that encrypts a hard drive in an attempt to extort money from its users.

With an advanced server operating system like Windows Server 2019, you don't need to worry about these attacks. That's because Windows Server 2019 has Windows Defender Device Guard, a feature that uses a code integrity policy to specify what sort of software is allowed to work on a company's server. In addition, through application whitelisting—which works in tandem with the code integrity policy to prevent malware from running—the IT department can specify the applications that are allowed on systems connected to the Windows Server, thus excluding all others.

Cyberattackers constantly work to expand their abilities, meaning that inflexible defenses are of limited use. If your cybersecurity infrastructure is inflexible, it can become like a set of fortified bunkers that, over time, hackers will simply outflank.

Instead, businesses need to make an effort to implement cybersecurity tools that can evolve as threats evolve. For this reason, Windows Server 2019 has incorporated the newly enhanced Microsoft Defender Advanced Threat Protection. ATP is a collection of technologies that helps defeat attacks the world hasn't even yet seen. Running in the cloud, ATP uses machine learning and behavioral analytics to understand the nature of new threats—not just at your company, but everywhere—and develops ways to stop them before they succeed.

ATP does even more than that, though. Its full suite of analytics helps IT teams discover and fix vulnerabilities. It uses automation to investigate alerts and remedy all kinds of issues, and its reputation analysis warns users about files and websites with bad reputations.

By upgrading to Windows Server 2019, your small business can have better cybersecurity and protection than ever—without having to purchase a multitude of new security programs.

To take the fullest advantage of Windows Server 2019, be sure to use HPE ProLiant Gen10 servers, which include industry-leading hardware security features that will further protect your company and give you peace of mind.