Don’t just take our word for it. See the top reasons customers choose HPE Synergy, the world’s first composable infrastructure. Their insights can help you decide if HPE Synergy is right for your business. 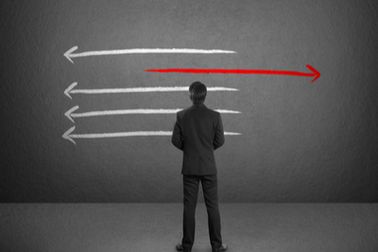 Ask any IT manager what would give them piece of mind and chances are you will hear something like this: Knowing that our platforms are running well and simplifying day-to-day management, so that we can do more with less staff and increase performance.

Digital transformation places increasing demands on IT in terms of flexibility and speed. Peyton McNully, CIO at Hudson Alpha, a leading genome research institute, noted recently, “The scale of our growth has become larger than most enterprise systems are built to cope with. We not only have growth in the number of people but also growth in the amount of work each of them is doing.” (Watch the video to learn more about how Hudson Alpha implemented HPE Synergy.)

With those demands in mind, we at HPE set our engineers on a path to design a single unified infrastructure that can be optimized for all workloads via software to make your life easier long before “software-defined” became a buzzword. The result is HPE Synergy, the world’s first composable infrastructure and currently the only system available on the market today that meets Forrester's definition of a composable infrastructure.

Let’s explore some of the primary reasons why customers have chosen HPE Synergy.

Reason 1: “The most valuable feature about Synergy is the composability.”

A sales engineer at a major tech company described it this way: “The most valuable feature about Synergy is the composability of it. Instead of always having to buying new resources and new pieces of infrastructure to support say, new applications or new projects, you can use Synergy's composability to create the workload that you need to support it. Then, you don't have to keep it forever. Once that project is over, you can reuse those resources.” A single infrastructure for any workload.

Compare that to Cisco UCS® and its multiple platforms and form factors, depending on the workload.

Reason 2: “Simplicity is a software-defined infrastructure.”

“Software-defined infrastructure simplifies our operations, as it is nimble. We will be able to quickly and easily change how we use our infrastructure to meet our customers' changing demands,” noted a CEO from New Zealand on ITCentralStation.

Customers have told us is they need four things: (1) the ability to easily re-utilize parts of the hardware for different purposes, (2) central management, (3) the ability to see the health status of the entire infrastructure, and (4) the ability to quickly and easily deploy changes and see that they are successful.

As Darryl Shorts, infrastructure architect at Louisiana’s leading healthcare provider, Franciscan Missionaries of Our Lady Health System, commented, “The way that HPE OneView actually works with Synergy to provide the remote component is huge and phenomenal. It enables us to do maintenance, run reports and collect inventory, which were all challenges for us in the past.”

Reason 3: “When selecting a vendor, I look for operational stability.”

Above all, our customers expect reliability from a supplier that has a presence in the market with a good network of partners that can really help. Someone that is engaged that will not walk away after you've bought their solution.

A chief infrastructure architect at a transportation company notes that, “When selecting a vendor, I look for operational stability. One of the things that drove us to stay on HPE, as opposed to Cisco UCS, was the fact that UCS basically stops at the hypervisor. HPE actually goes all the way up to the OS and beyond. If you have an issue with SQL, you can get help from HPE. You can't really get help from Cisco.”

Reason 4: “Now we can just grow and grow with no limits.”

Synergy embodies many years of engineering experience with HPE BladeSystem to provide an architecture that is built for the future. It has future capabilities that most customers are not thinking about today such as photonics to allow connections to shared non-volatile memory or power headroom to support even higher wattage processors, GPUs and solid-state devices.

Stephan Dangl, team lead at Bechtle, said, “Implementing HPE Synergy has removed obstacles to our growth. We were limited by space and we were limited by the time needed to deploy new servers but all that has gone. Now we can just grow and grow with no limits.”

Getting more specific in his observations, Vivek Kumar, staff engineer at QLogic Corporation, commented, “We chose HPE Synergy over Cisco because they have an aging architecture with an uncertain roadmap for the future, they do not offer a true composable, unified architecture like HPE Synergy and HPE Synergy’s new design has the best ability to support future technologies and scale that is required.”

As a modern architecture, Synergy is able to accommodate more of everything enabling applications requiring top-bin performance CPUs and larger memory configurations and more VMs per server. Shareable storage across the compute modules allowing more storage for a given server enable storage oriented applications such as VMware VSAN, Object or file storage and applications that use direct attached storage such as Hadoop and Exchange.

Cisco UCS® users will be painfully aware of the limitations when using higher watt Intel Skylake processors and the potential for bottlenecks in getting data to and from the compute nodes because of the unchanged midplane bandwidth stuck at 1.2 Tbps.

Synergy, the next logical step up

Is Synergy right for you? It depends of course on your situation and your timeline.

As a CEO in New Zealand notes, “We knew that we needed to invest in this solution, because it was just the next step. We started with DL servers and we moved to the c7000 Blade Infrastructure. Synergy just seems to be the next logical step up. We haven't seen anything else in the market that competes with this kind of product.”

Perhaps you might want to follow some good advice offered by a solutions engineer at a large tech provider: “There's no other solution that's similar. HPE Synergy is above and beyond anything else any of the competitors have on the market. If you're researching this, you're going down the right path. The best thing to do is actually get hands-on and get a demo. Contact HPE and start taking a look at the advance features and start looking at how your applications and demands are going to be met.”

For more on HPE Synergy, read the Synergy for Dummies Guide. Or contact HPE to discuss if HPE Synergy is the right choice for you.