HPE is introducing its newest addition to the Gen10 server line—the HPE ProLiant DL325 Gen10 server. Here's why it matters and what you need to know. 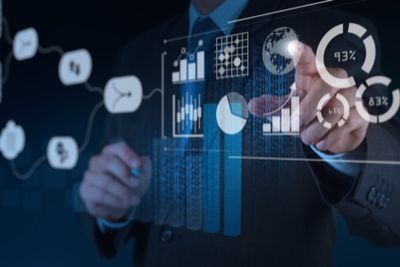 The math on this server is simple: It provides the levels of performance associated with dual processer servers but at the price of a single processor server—in fact up to 25 percent better price performance than a competitor's 2P offering.[1] This is significant because, while 2P servers have dominated the data center, the processors are often underutilized, according to researchers at Moor Insights & Strategy (MI&S). In fact, MI&S puts typical 2P CPU utilization at around 25 to 35 percent. Think of all the overhead attached to this unutilized capacity and it becomes apparent why the HPE ProLiant DL325 changes this paradigm completely.

The HPE ProLiant DL325 Gen10 server is a solid choice for virtualization. Recent benchmarks show the server has a 27 percent better price per VM, based on SPECvirt_sc2013 results[2] when compared with a standard two-socket server.

With results like these, it's not surprising that the HPE ProLiant DL325 Gen10 server is ideal for dense, virtualized environments. Add the ability to support a full complement of up to 10 high-performance NVMe drives in just a 1U form factor to the exceptional balance of high core count, memory, and I/O, you end up with a server that is a great fit for data-intensive workloads—and specifically software-defined storage.

Although the HPE ProLiant DL325 Gen10 is a new server, it has all of the same security and manageability features that make the entire ProLiant Gen10 server line a smart choice for your organization. For instance, the new offering features the HPE Silicon Root of Trust technology, which designs security directly into the iLO5 chip, creating an immutable fingerprint in the silicon and preventing compromised firmware from being deployed. The AMD Secure Processor integrates with HPE security features to ensure the validation of the BIOS firmware before allowing the server to boot up. Additionally, the AMD Secure Processor enables Secure Memory Encryption and Secure Encrypted Virtualization.

With HPE OneView, customers can dramatically speed up many system management tasks, including the deployment of new virtual machines.  HPE OneView accelerates infrastructure deployment with software-defined templates and increases IT efficiency by reducing maintenance time and support costs.

HPE gives you an easy way to get started with the DL325 by offering a 90-day deferred payment option and zero-percent financing for 42 months. This program gives you fair market value for your server trade-in, making a new server purchase even more cost effective and helping you achieve return on investment faster.

[2] Based on a comparison of the SPECvirt_sc2013 results of the ThinkSystem SR650 with 2 Intel Xeon Platinum 58164 processors versus the HPE ProLiant DL325 Gen10 with 1 AMD EPYC 7551P.  SPEC and the benchmark name SPECvirt_2013 are registered trademarks of the Standard Performance Evaluation Corporation (SPEC). The stated results are published as of 06-05-18; see spec.org. Lenovo pricing from Lenovo site as of 05-14-18. HPE pricing is internal as of 06-05-18.