Need to get your solutions up and running quickly on HPE ProLiant servers? This feature within HPE Intelligent Provisioning makes every new server deployment a snap.

There’s often a real sense of excitement at small and midsize businesses when a new server is delivered – there’s something intriguing about unboxing that shiny new equipment and thinking about how you’ll use it to do more, and do it faster.

Too often, though, the enthusiasm quickly cools when it’s time to get the new gear up and running. Installing and 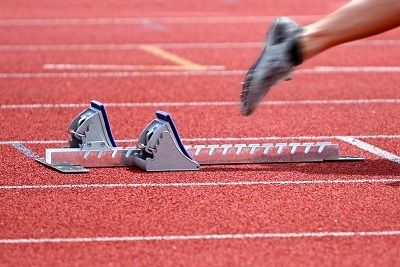 configuring a new server and bringing all of your solutions online is typically a highly manual, time-consuming task. At smaller businesses, it often falls to a less experienced IT person in the office, who may need some time to figure out what’s involved. It can be a frustrating experience all round.

But that’s not something you have to worry about with HPE ProLiant 10, 100, and 300 series Gen10 servers. HPE has created a feature within HPE Intelligent Provisioning that we call HPE Rapid Setup Software.

Imagine you’ve just walked into your office and you have a couple of new HPE ProLiant servers ready to be set up and configured for file and backup, virtualization, or whatever solutions you have in mind. You can use HPE Rapid Setup Software to do it. It’s a simple, guided process for consistent system installation, setup, and configuration. It’s easy to use, and it’s fast – it can shorten deployment time for Windows Server 2019 OS, for example, by up to 33 percent, based on our internal testing. Check out this short video that explains how HPE Rapid Setup Software simplifies Windows Server installation.

In release 3.31 of HPE Intelligent Provisioning, we’ve added some new functionalities, including advanced automated RAID configuration and automated firmware update (opt in/out). The RAID functionality provides a new experience of single-click hardware RAID config (when all drives and controller are installed). This feature also recommends OS and data partition based on the number of drives. In addition, in this release, you can learn how to purchase Microsoft Azure and Microsoft Office 365 public cloud services from HPE Pointnext through the Rapid Setup path.

HPE Rapid Setup Software is designed to make your first interaction with an HPE ProLiant server dependable, consistent and easy. We believe that it delivers an experience that’s unique in the compute industry.

Here’s a 6-minute demo video that shows how easy it is to accelerate productivity and time-to-value with HPE Rapid Setup Software:

Looking for the latest information on technologies that are transforming SMBs? Check out these Worldwide SMB 2020 Predictions.

Are you ready to take the next step? Check out the SMB Hybrid IT for Dummies Guide. Because there are no "dumb" questions!