Delivering hundreds of millions of reads per second

Find out what happened when a team did benchmark tests on HPE Superdome Flex running GigaSpaces InsightEdge in-memory data platform. 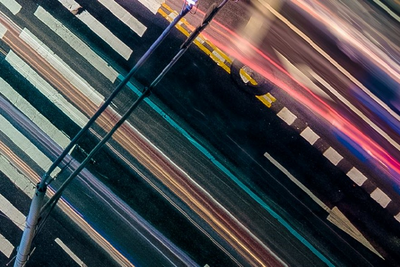 To address these ever-increasing requirements, GigaSpaces, the leading provider of in-memory computing platforms that drive digital transformation, and HPE have partnered to provide a solution.

The two companies ran benchmark tests on an HPE Superdome Flex scale-up server running the GigaSpaces InsightEdge in-memory data platform. The results demonstrated superior performance, efficiency, and scalability of the solution. (Read the technical paper to step through a test and see some real-world use cases.)

An HPE and GigaSpaces engineering team led by a chief architect ran more than 600 sessions over the course of three weeks. Benchmark stages included the following:

GigaSpaces utilizes the HPE Superdome Flex modular architecture and CPUs in the most optimal way. Instead of having a CPU sitting idle, as is the case with non-distributed database systems, GigaSpaces leverages the full compute power and unparalleled scale of HPE Superdome Flex.

Unlike traditional databases, which utilize a single processor and thus are limited in terms of scaling, GigaSpaces is distributed and can deploy additional partitions as needed to handle more data. Its in-memory technology powers incredibly fast performance on HPE Superdome Flex server, with query latency of less than 1 millisecond and the ability to run hundreds of millions of operations per second on a single server. The superior performance, efficiency, scalability, and RAS features delivered from this in-memory solution can help businesses meet the most demanding Service Level Agreements (SLAs) from their mission-critical applications.

Figure 1 shows the results of both read and write tests. The CPU utilization scaled up with the number of shards, indicating the HPE Superdome Flex server resources are utilized effectively to support demanding data throughputs.

Significance for real-world use cases and applications

HPE Superdome Flex server with GigaSpaces InsightEdge delivers a single platform that can address the challenges of multiple use cases across several industries (including financial services, transportation, retail). Regardless of industry or use case, the platform is designed to:

One use case example is elastic risk calculation engine for net present value (NPV) which involves calculating NPV for a massive set of financial transactions. NPV of a time series of cash flows—both incoming and outgoing—is defined as the sum of the present values of the individual cash flows of the same entity. This use case presents significant challenges:

To learn more about the joint HPE Superdome Flex and GigaSpaces solution that dramatically reduces the time and risk to complete large, complex calculations, read the technical paper here. 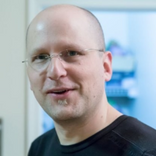 Noam Herzenstein is GigaSpaces Director of Product Marketing. He previously worked at NICE Systems and BMC Software. He has a LL.B. in Law from Tel Aviv University and an MBA from the University of Maryland. He and his wife, Michal, live in Tel Aviv with their two teenage sons.