Deploy Docker Containers as a Service in minutes on HPE Synergy

Learn how to architect the Docker CaaS platform on HPE Synergy and provision HPE 3PAR StoreServ storage for the solution. Use Ansible playbooks to quickly install a production-ready container environment with Kubernetes. 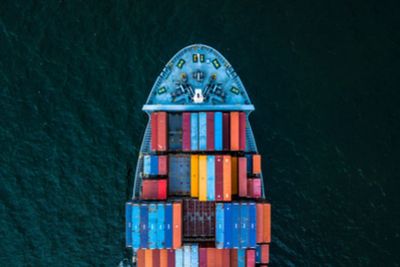 I recently blogged about understanding containers and the related monitoring challenges. Now it’s time to get down to the nitty-gritty and discuss the resources available to help you tackle those challenges and to speed deployment of Docker Containers-as-a-Service (CaaS) on HPE Synergy.

The accompanying Ansible playbooks allow you to quickly deploy Docker Enterprise Edition 2.0 and Kubernetes on top of VMware vSphere. Also included are scripts to backup and restore your cloud, along with software to integrate with leading container-aware monitoring offerings. The Ansible playbooks and online documentation are available now.

New features in this release

This release deploys Docker Enterprise Edition 2.0 and provides a choice of orchestrator: Docker Swarm or Kubernetes. You can use the same simple, declarative syntax to deploy applications to either orchestrator, so this provides a convenient migration path for existing Docker swarm users to move to Kubernetes. The Docker Universal Control Plane uses a single pane of glass to control the deployment and management of applications across both orchestrators and gives role-based access control (RBAC) to secure your cluster. Docker Trusted Registry (DTR) is also deployed so that you can build, store, scan and sign your container images locally.

The HPE reference configuration provides an integrated storage solution for Kubernetes using HPE 3PAR StoreServ storage, while the backup/restore scripts use HPE Recovery Manager Central (RMC) and HPE StoreOnce to provide disaster recovery for the Docker control plane and registry. The solution supports Windows worker nodes at present, but the functionality is lagging behind what is available for Linux, particularly in the areas of networking and monitoring. This situation should improve soon with upcoming releases of Docker EE and Windows Server. Other functionality under consideration for future releases of this reference configuration includes support for bare-metal worker nodes and more storage options.

The reference configuration addresses both the opportunities and the challenges presented by the shift to cloud-native applications. This change promises to deliver functionality in a faster and more streamlined manner, but comes at the cost of increased system complexity that necessitates new working practices and tools for developers and system administrators.

Now I’ll move on to discuss the monitoring solutions that the reference configuration provides to help you transition to this new software lifecycle—from development and testing to deployment and day-to-day operations.

HPE has teamed up with Sysdig to offer a fully featured, 90-day trial version of Sysdig Monitor and Secure as part of the HPE Reference Configuration for Docker Containers as a Service on HPE Synergy composable infrastructure.

For more details on how to sign up, see the GitHub repository. The Sysdig Agent runs in a container on each Linux VM in the solution and can infer both the physical and the logical structure of the applications deployed on your cloud. This allows Sysdig Monitor, running as Software-as-a-Service (SaaS), to provide rich visibility from an infrastructure-centric point of view for the operations engineer and from an application-centric point of view for the software developer.

Prometheus is a hugely popular, open-source time-series database for collecting and querying monitoring data, and is typically used in conjunction with Grafana for data visualization. You can instrument your application code to generate custom metrics, while there are custom exporters for common third-party software. cAdvisor generates container metrics, node-exporter reports on the underlying servers while Kubernetes itself produces metrics on how it is performing. All this data can be gathered and queried in Prometheus for rules-based alerting and to produce management dashboards in Grafana.

Splunk Enterprise allows you to aggregate and analyze data from any source, both structured or unstructured, using machine leaning to provide insight into patterns and trends and to help you make faster, better-informed business decisions. This solution deploys a fully-featured (but capacity-restricted) demo version of Splunk Enterprise that has been updated to support Kubernetes, while also facilitating integration with existing installations of Splunk Enterprise that your company may already have.

Next steps: Please download the HPE Reference Configuration for Docker Containers as a Service on HPE Synergy Composable Infrastructure and the Ansible playbooks.

If you have any questions, please comment below and I’ll get back to you with answers!