HPE Edgeline EL4000 Engineering Workstation: Unchain your engineers and get back control

Thucydides, an ancient Greek politician once said, “everyday is a new beginning”. I remember those days in my engineering school when I was asked to sketch by hand a 3D model and then asked to simulate forces inside that model, I remember sweating on that problem! Several years later as one of my first assignments at HP, I was asked to launch the first HP x86 Workstation in Europe, which led me to work with Computer Aided Design (CAD) Software vendors such as Autodesk, Dassault, PTC, Siemens. I was amazed at how easy 3D visualization on a screen was and how I would have liked to have those tools available to me back in my years as a student.

Years have passed and in 2014, when I was leading HPE Moonshot Global Sales, we introduced to the market a new concept of Hosted Desktop Infrastructure (HDI). The concept was simple - bring all the benefits of server based computing toward PC users, such as central data repository to improve security, central PC management inside the data center to free worker desk space and improve worker comfort, avoid having systems on the floor heating worker’s feet while guaranteeing uncompromised user experience, by providing like to like hardware replacement with no virtualization. Thanks to our collaboration with Citrix and Intel, we developed a superior solution and have enjoyed great commercial success. The largest Investment Banks have adopted our Moonshot m710x platform, with the ‘Next generation Trader Workstation’ solution. 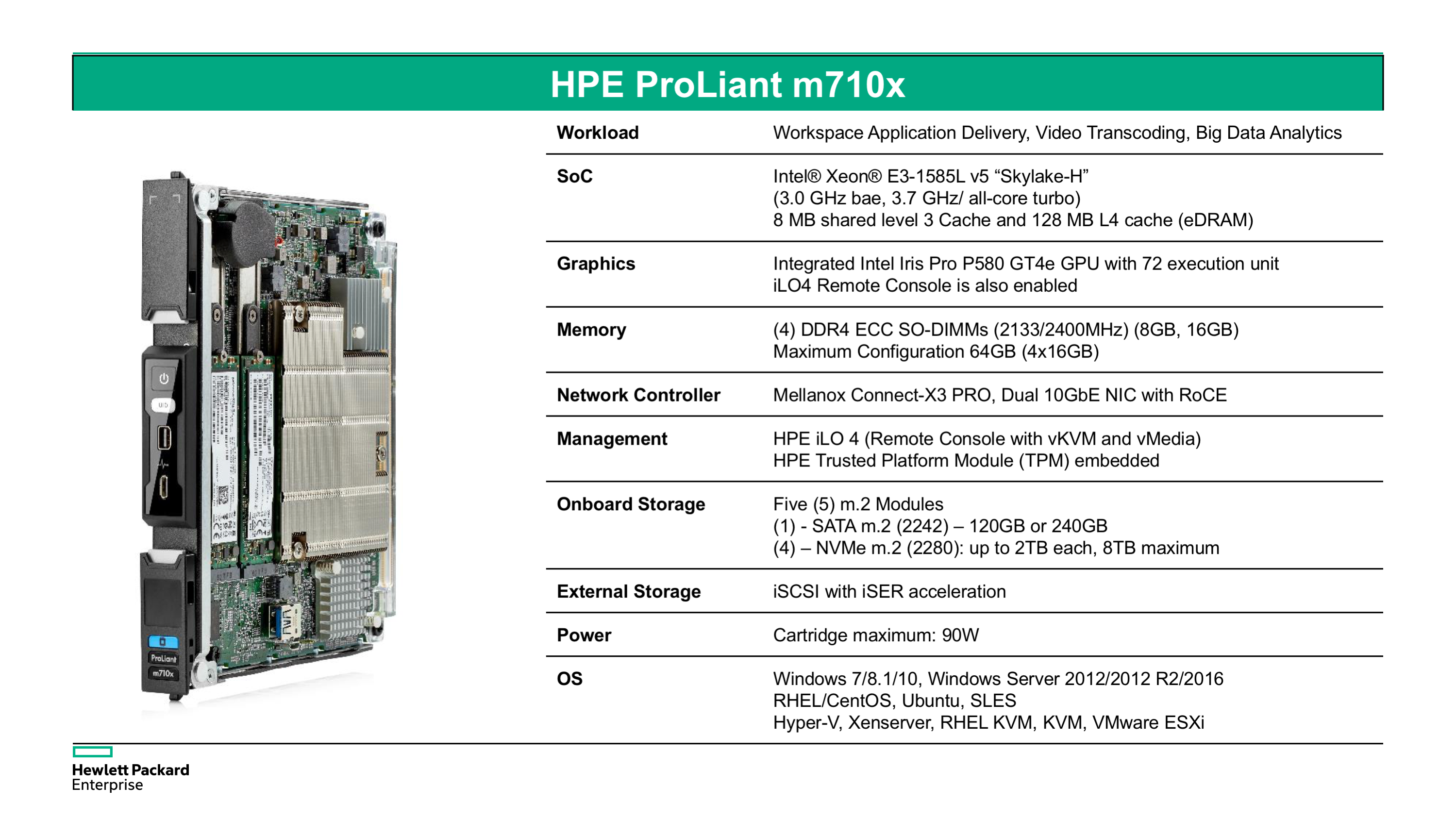 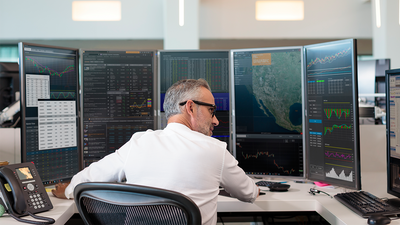 The logical evolution for me was to look at the CAD market and develop a solution that could provide the same benefits we have been bringing to Wall Street to design engineers, architects and 3D digital content creators (DCC). Note that back in my early days, engineering was the only segment interested by computer technology but over the last 30 years, computer graphic animation companies like Pixar and Disney have replaced handmade cartoons and opened a whole new industry including 3D Gaming (eg, World of Warcraft which generated more than 10B$ since it was launched in 2004).

The m710x blade technology has been serving the Financial Industry very well, and we wanted to leverage this powerful technology to address the growing CAD market. We are now proud to announce the Edgeline EL4000 Engineering Workstation (EWS), which combines the compute power of the m710x blade, with highest performance graphics from a dedicated AMD WX4100 GPU PCI card per compute blade, allowing the hosting of 4 dedicated Workstations in a compact 1U form factor. 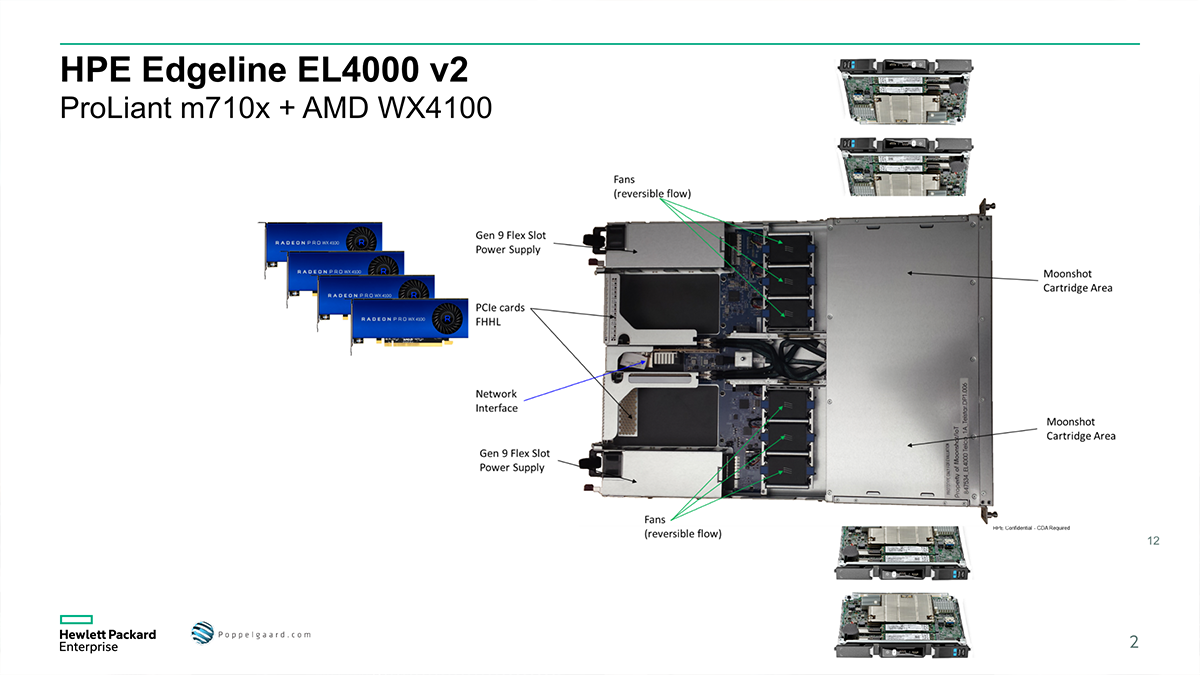 The benefits are many... what are they?

The performance is great and with it the user experience, we have measured 3 times better performance on high end 3D CAD such as Dassault Catia or PTC Creo, compared to m710x without the added graphics power of the AMD GPU (source: HPE Edgeline Engineering Workstation Overview by @_poppelgaard).

Furthermore, we have worked with Citrix to simplify customer deployments and take advantage of the Citrix Cloud. This means that Engineering or Architect firms without IT departments can easily deploy our Engineering workstation solution (EWS), focusing on their applications as if they were using PC Workstations but enjoying all the benefits of remote desktops. 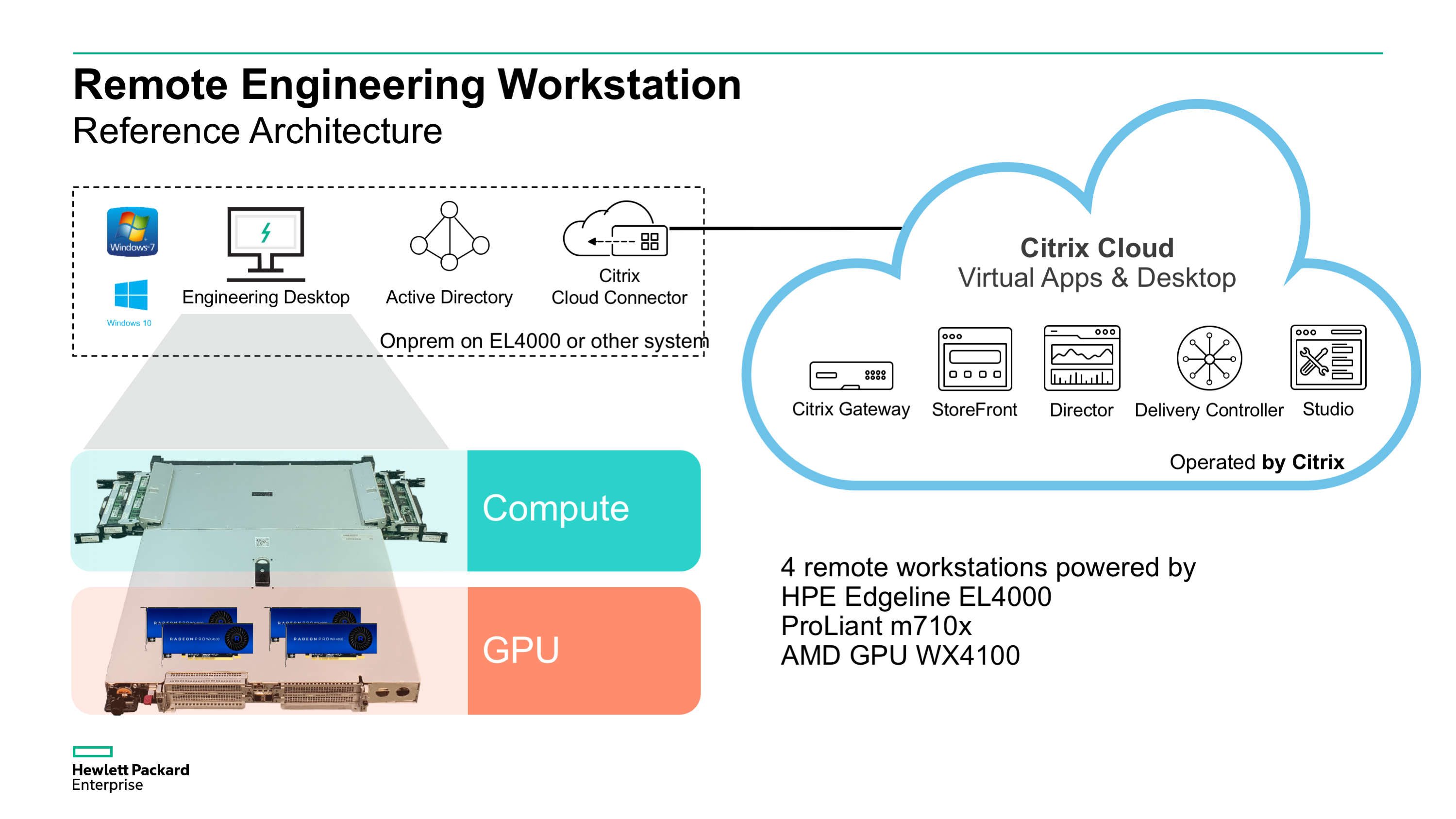 The American writer Siri Hustvedt said, “there is no future without a past”, this is exactly how I feel bringing this great new solution to market.