Re: HPE InfoSight for servers: how we’re expanding the portfolio 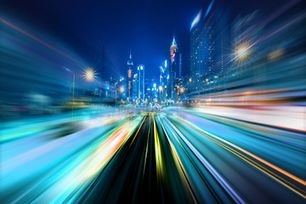 We recently announced the expansion of the HPE InfoSight portfolio to include HPE servers. See how the multi-step journey for bringing InfoSight to servers begins.

Last month, we told you how we are delivering on our promise to expand HPE InfoSight to servers. This expansion of the InfoSight portfolio includes HPE ProLiant servers, HPE Synergy compute modules and HPE Apollo systems (Gen10, Gen9, and Gen8 with iLO 5 and iLO 4). Bringing InfoSight to servers will be a multi-step journey that starts with a basic integration with InfoSight and becomes more extensive over time.

What comes with the first release of HPE InfoSight for servers?

This first release of HPE InfoSight for servers is delivering a foundational set of capabilities that can be augmented over time and includes:

InfoSight for servers combines the cloud-based machine learning of InfoSight with the health and performance monitoring of Active Health System (AHS) and iLO.

Most server folks are familiar with iLO (HPE’s embedded management processor), but folks may not be as familiar with Active Health System (AHS). Think of AHS as your server’s flight data recorder that provides continuous proactive health, configuration, and performance monitoring. AHS records thousands of system parameters and diagnostics telemetry 24x7 on the server. By capturing and recording the thousands of system parameters and diagnostic telemetry data, AHS has a living history of the health, performance, and configuration changes of the server, which allows HPE to troubleshoot problems without requiring you to reproduce the problem to capture the diagnostic data needed. AHS captures, records, and timestamps:

AHS collects this telemetry data from the various devices and options installed in the servers.  Things like iLO, Smart Array controllers, power supplies, fans, memory, on-board administrator, and a lot more. AHS does NOT collect any personally identifiable or network security information and AHS does not use any host resources.

HPE support personnel use this living server history collected by AHS to quickly diagnose issues in the call center and the HPE escalation and case managers use the AHS data to analyze and resolve the issues that are more complicated. The AHS data is also used by the HPE R&D teams to triage the hardest issues that require the expertise of the person who designed the system or wrote the code.

iLO and AHS are tightly integrated and work together to gather and record the thousands of system parameters and diagnostic telemetry data. And you access the AHS data for each server through iLO.

One of the most common questions: Can I see the data? The reason why this no longer a common question is because about a year and a half ago, we released the Active Health System Viewer (ASHV), which allows you to view the data and quickly identify and diagnose issues. While the use of AHSV has been very effective, the current AHSV process is a manual process where you export the AHS data from the individual server and then upload the AHS data into AHSV. With InfoSight for servers, the AHS data is collected automatically from each server and passed to InfoSight.

So, how do you get started?

Remember, InfoSight for servers is releasing on January 7, 2019.

Did you catch the latest announcements around HPE InfoSight made last month at HPE Discover? Check out this blog: See the next generation of HPE InfoSight, powered by artificial intelligence. And please follow along for the latest updates on HPE InfoSight plus more insights on how HPE continues to pave the way for autonomous infrastructure. Discussions will continue here on Servers: The Right Compute and on our storage blog, Around the Storage Block.

Meet Server Experts blogger Bob Perugini, Worldwide Product Manager, HPE InfoSight for Servers. HPE InfoSight transforms how infrastructure is managed and supported by deploying AI-driven operations in the data center. Bob has more than 30 years of diverse experience ranging from cloud computing, enterprise servers and management, software development, and partner management and integration. He has also held positions at VMware and HP and enjoys creating innovative new products and bringing them to market.

Hi Bob, can you provide the IP Address/FQDN and TCP port number required for ILO Amp PAck to conenc to InfoSight portal. I assume the conenction with bi-directional?

See the getting started guide for the IP Address/FQDN and TCP port number.

If the server has an active support agreement and there is a detected hardware failure, will a replacement part automatically be ordered?