HPE ProLiant Gen10 Plus: The power of EPYC fully unleashed

In today’s world of hybrid cloud environments, meeting the workload needs of the modern business requires a deep understanding of customer needs and an innovative spirit. HPE has a strong reputation for delivering solutions to the market that are rooted in practical innovation. 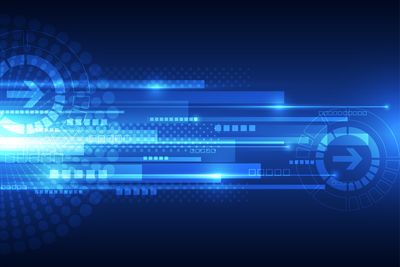 represent a complete system redesign that leverages all the capabilities of the 2nd Generation AMD EPYC Processor to meet the needs of the modern business.

The rich balance of features in the HPE ProLiant DL325 Gen10 Plus and HPE ProLiant DL385 Gen10 Plus servers makes them ideal for supporting the vast majority of workloads and applications in the hybrid IT data center. Specifically, the HPE ProLiant Gen10 Plus servers supported by the 2nd Generation AMD EPYC processors deliver significantly improved workload-optimized performance—with 64 processor cores operating at up to 3.4 GHz, 9% memory speed improvement operating at up to 3200 MT/s, PCIe 4 offering double the I/O bandwidth, and 2.4x greater storage capacity over previous generations. However, we optimized these new breakthrough servers for these five workloads in particular.

2. High-Performance Computing (HPC): High-performance computing is being used to foster innovation across a breadth of industries, unlocking new discoveries in science and engineering, as well bolstering time to insights for commercial use across manufacturing, banking and finance, and more. Some HPC applications require the raw horsepower of high performance compute cores, while others rely on memory capacity and throughput. Yet other applications look to acceleration from specialized silicon (ASICs) and GPUs. With high core count processors operating at high frequencies, high speed, high capacity memory, and high bandwidth/low latency access to PCIe 4 accelerators and high-speed interconnects, the HPE ProLiant DL385 Gen10 Plus server unlocks a whole new level of high-performance computing applications.

5. Telecommunications/Network Function Virtualization (NFV): With the emergence of 5G and the growth of edge computing, a corresponding explosion in data further strains the limits of the legacy networks that support many telecommunications providers. High speed CPU cores with low-latency connectivity are keys to routing voice, data, and video over 5G networks. The HPE ProLiant DL385 Gen10 Plus server delivers like no other server on the market as it supports the richest memory configurations and network interface cards and accelerators connected over PCIe 4 to minimize latency.

The right choice for the workloads driving the modern business

If you haven't yet taken a more in-depth look at the HPE family of AMD-based servers, now is the time to begin your evaluation.

*HPE ProLiant DL325 Gen10 Plus server as compared to the Lenovo ThinkSystem SR650 with one and two Intel Xeon Platinum 8180 processors. November 2019. SPEC and SPEC VIRT_SC are registered trademarks of the Standard Performance Evaluation Corporation (SPEC). All rights reserved, see spec.org as of November 18, 2019.