The idiom “greatest thing since sliced bread” is used all the time when it comes to new ideas and innovations that change the way people consume and use things like they have been for a long time. HPE started "slicing the bread" at a smaller 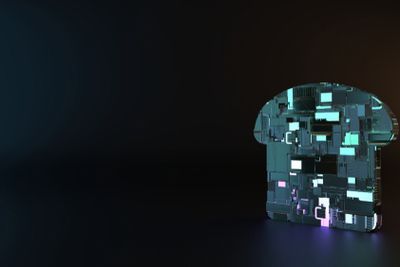 Here's the key feature: Automated VLAN provisioning within the frame for all compute modules based on the server profiles defined in HPE OneView as well as the uplink sets that connected each enclosure to your network. Follow that with expansion of HPE Synergy innovation by enabling the automation of the networking across multiple enclosures (logical enclosures) eliminating the need for a top-of-rack (ToR) switch to connect up to five (5) HPE Synergy frames together.

To demonstrate this integration in action, let us first look at what happens when we have an integration with a VMware vCenter instance with HPE Synergy Compute node. 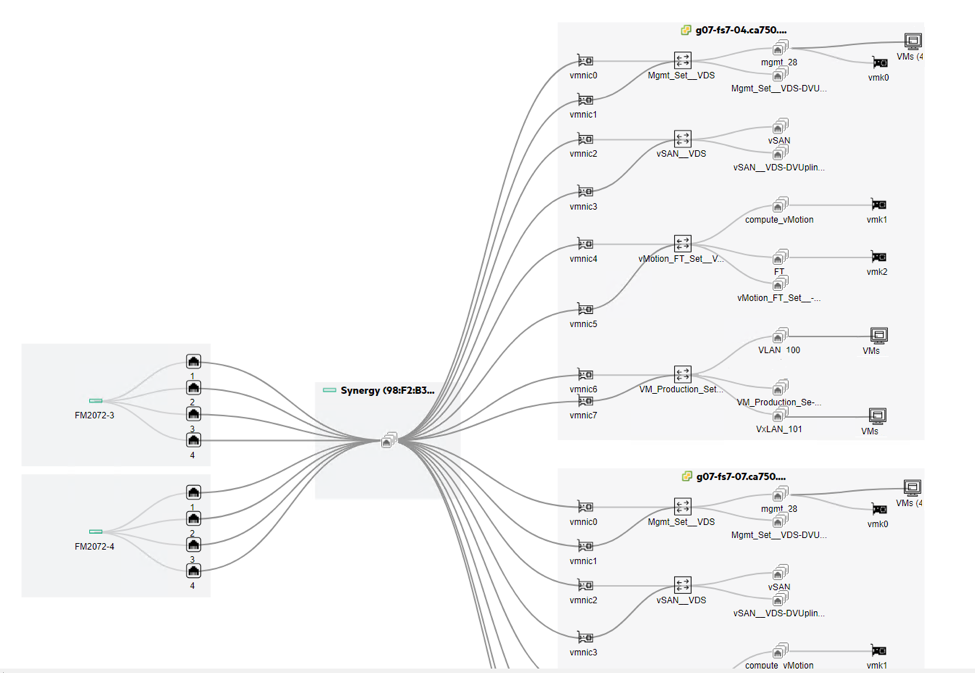 For those not familiar with the HPE Composable Fabric, what you are seeing above is the Visualization view of the HPE Composable Fabric and everything attached to it.  On the left, you have two HPE Composable Fabric switches, each with four (4) connections to a HPE Synergy Logical Enclosure using HPE Virtual Connect Synergy Edition modules (the middle of the picture).  Then on the right you are seeing two hosts (one partial) that are within that HPE Synergy Frame. There are a lot more hosts connected, but for this blog, I want you to clearly see a simplified example with only a couple hosts.  On the right, for each host, you can see each of the NICs on each hosts and VMware Distributed (or standard, not used on these hosts) switch these NICs are connected to.  You can see in the visualization further details of Port Groups on each virtual switch and VMs and VMkernel ports assigned to them.

Now that HPE Composable Fabric has that knowledge, whenever you change the configuration of your VMware environment, the network automatically reacts accordingly. For example, if you add a new VLAN (in this example VLAN 2001), that VLAN will automatically be added to the Composable Fabric and be accessible across that fabric wherever needed.  Doing this via the HPE Synergy running HPE OneView HyperVisor Cluster Profile functionality will add the VLAN to the entire solution in one pane of glass.  You can make the changes in vCenter itself as well, you need to make sure that HPE Synergy running HPE OneView has the VLAN provisioned properly (for everything to work fine). Here is a quick overview:

Before the VLAN is added: 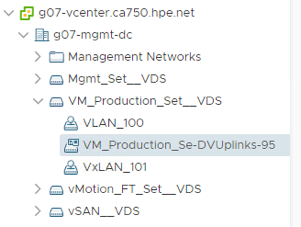 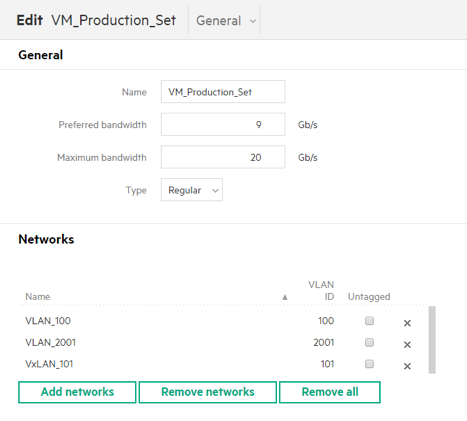 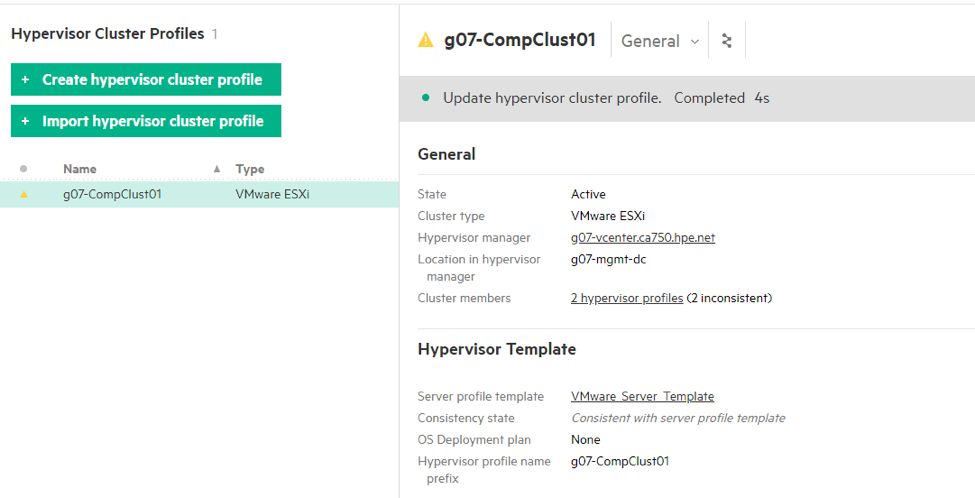 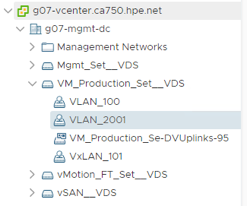 You can also see it in the Host Visualization view. 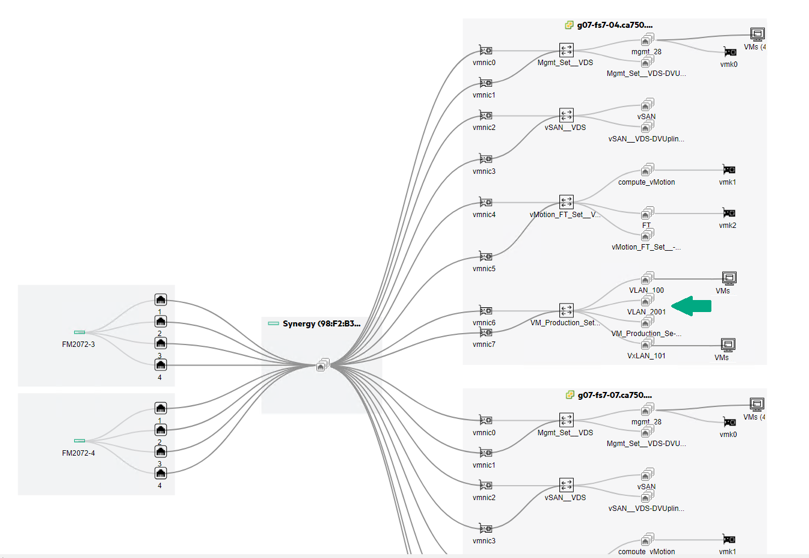 That is it! When compared to traditional networking solutions, HPE Composable Fabric delivers significant simplification and flexibility in the way that the fabric infrastructure is designed and deployed. The composability you would expect from a HPE Synergy environment running VMware can scale beyond the rack level to row and even the datacenter level (without the need to worry about programming a Spine/Leaf or aggregation switch architecture) to allow all your HPE Synergy hosts running VMware to communicate to each other.

For more information, reach out to your HPE sales representative and tell them you want to see VMware-based HPE Synergy solutions in action.