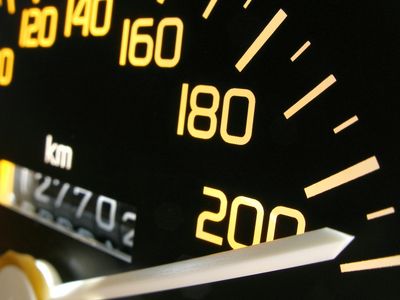 As automation becomes more ubiquitous, businesses are under pressure to innovate and release software much faster and with higher quality. IT organizations are adopting modern application architecture, including containers, which are gaining wide adoption due to the way they enable developers’ ability to migrate to agile and more frequent application release cycles. Containers not only increase developer speed and flexibility, they also allow developers to build higher quality software, thereby meeting the demands of their business units for faster application release cycle.

To illustrate this, a recent Gartner survey found that among 85 companies, 78% are either in the process of deploying or have fully deployed containerized apps in production, with the vast majority planning to do so in the next 6-12 months. It’s clear that widespread adoption of containers will balloon due to their ease of use, and this trend has opened up the potential for Container-as-a-Service (CaaS) environments, which can be implemented either on-premises or in the cloud to support developers as they develop, deploy and manage container clusters.

Most developers in general have tight release deadlines and quality goals to meet, and require a CaaS environment that can be easily provision and deploy containers on demand. Gone are the days of waiting months for IT Ops to provision an environment – today, many developers can simply take their development to the public cloud, where they can provision and deploy container resources on demand. To be competitive, IT Ops will need to offer similar “cloud-like” experiences to their developers for their on-premises environments. Check out this container “periodic table” from CNCF. Imagine an IT organization trying to pick and validate their technology stack from this big list of products. This can take months of effort.

For those customers who are heavily invested in VM-based applications, containers can either be deployed on bare metal or within VMs. The bare metal choice provides better performance and resource utilization while the VM choice provides better isolation, security, and better leverage of existing management tools and infrastructure which are based on VMs. For many customers, container on bare metal seems like a logical first step – however, a majority will actually start their first proof-of-concept or initial limited deployments on a VM. Many IT groups have built years of expertise around deploying applications on VMs, with best practices around disaster recovery, security and monitoring.  Starting their container deployment on top of VMs allows them to retain much of these best practices and established processes instead of starting from scratch.

HPE understands customers want choices, which is why HPE has partnered with Docker to develop various VM and bare metal base container solutions. The latest Docker CaaS solution on HPE Synergy enables IT Ops to deliver a production-ready CaaS platform on-premises via VM-deployment. This solution automates the configuration of a highly available Docker cluster, along with data management and monitoring capabilities. This solution helps customers accelerate container adoption and reap the benefits in days, not months. HPE is partnering with Docker in offering a solution, backed by services and support—to help customers:

The Docker CaaS on HPE Synergy solution was developed to help IT organizations tackle fast deployment of an environment that traditionally could take months of effort. This production-ready CaaS solution enables customers to develop and operate containers with a clou- like experience: rapid deployment & provisioning, security, easily scaled, well managed, and highly portable. HPE and Docker built this solution on top of HPE Synergy to take advantage of its composable architecture and its ability to perform as a data center application consolidation platform. Despite rising container adoption, legacy applications still vastly outnumber containerized applications. Customers often want to run their legacy apps on VMs and modern applications side-by-side on a common platform, as most applications need to talk and exchange data with each other. HPE Synergy - a data center application consolidation platform - is the perfect host for that.

You can roll-out a full cloud-like deployment in 90 minutes or less using HPE and Docker deployment guides and automated deployment scripts. Without these assets, many customers likely need weeks to stand up a production ready Docker CaaS. It’s true -- HPE spent months working with Docker engineers to perfect this deployment on VMWare, so your team wouldn’t have to!

Assembling an enterprise ready container solution is not easy, whether on VMs or on bare metal. This is new technology and many established vendors, as well as start-ups, are trying to establish leadership in this space. The HPE solution allows you to deploy a highly available Linux or Windows Docker cluster, trusted registry, along with monitoring, logging, security, and persistent storage enabled. This solution also comes with strong service and support options for those customers who are looking for help in assessing, migrating, and operating their container environment. Customers can purchase their Docker license from HPE and access 24/7 support anywhere in the world. This is critical for multi-national customers who have distributed operations and looking for enterprise grade support and problem triage.

Learn more about this solution by checking out the related reference configuration document at our RA library. And then go to HPE’s GitHub location to download the open source version of the deployment guide and Ansible playbooks once you are ready to deploy your Docker CaaS platform.