--An insider’s guide to the next wave of HPE OneView 5.3 innovation-- 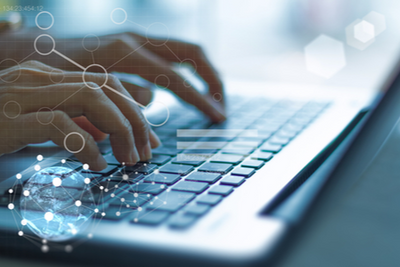 Today HPE announced HPE OneView 5.3, adding new capabilities to the popular IT infrastructure management software. These new features provide even more time-saving capabilities for IT administrators, along with an exciting new tech preview of embedded analytics- bringing the power of HPE InfoSight to HPE OneView users.

When HPE OneView was introduced in 2014, it revolutionized how organizations managed their on-premises infrastructure through advanced software-defined automation capabilities.  HPE OneView transformed the management experience, taking it from a myriad of management tools, each with their specialized processes, to a single tool organized around the way people actually work in data centers today. HPE OneView’s software-defined approach makes it possible to program your infrastructure and manage infrastructure as code. This capability is perfect for automation tools like Ansible, Chef, and Puppet.

The next wave of HPE OneView

HPE OneView analytics powered by InfoSight is a Public Tech Preview in the 5.3 release. Public tech preview features are not fully supported and customers are encouraged to provide feedback and functionality suggestions before it becomes fully supported. Customers can sign-up for the tech preview now.

Other generally available and fully supported enhancements in HPE OneView 5.3 include the following:

Download the HPE OneView 5.3 update and visit hpe.com/OneView to learn more about HPE OneView. You can also download the free e-book: HPE OneView for Dummies to see how to deploy faster and simplify lifecycle operations in your own environment with a 60-day instant free trial.

To learn more about these and other enhancements, watch these HPE Discover Virtual Event sessions and demos for HPE OneView:

Interested in other sessions? We invite you to explore the full line-up of sessions on our content catalog and build your own agenda. Be sure to check back often, as we add new sessions and demos daily.

As a reminder, registration for HPE Discover Virtual Experience 2020 is FREE – and with your registration, HPE will donate $10 to your choice of one of 10 featured causes, so join us and give back to organizations helping people, businesses and communities around the world recover from the COVID-19 crisis. Read more about these organizations and the great work they are doing to support COVID-19 recovery around the world. (Terms and conditions apply.)

Lauren Engebretson is the product marketing manager for HPE Ezmeral at Hewlett Packard Enterprise (HPE). Lauren has extensive experience in product management and product marketing across HPE hardware, software, and Infrastructure as a Service solutions. She spearheaded the launch of HPE Composable Infrastructure and HPE Synergy, driving increased awareness, education, and engagement through her technical knowledge and customer-first focus.