How a strategic server upgrade helped VIVACOM save €100,000 a year

What happens when your servers can't deliver optimal flexibility or performance? If you're like Bulgarian telecom leader VIVACOM, you migrate so you aren't left behind by the competition. 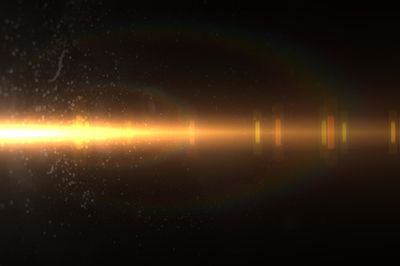 Servers aren't typically upgraded on a whim, and for good reason. A total server upgrade takes time, manpower, and capital. However, the cost of not upgrading is—for many organizations—much higher.

Aging systems cost more to operate and maintain over time, and many older servers lack the architecture and scalability to support newer technologies and processes. This hinders business innovation and transformation. Additionally, employees may look elsewhere for the compute and applications they need, leading to proliferating shadow IT and introducing holes in an organization's security controls.

VIVACOM, formerly the national telecom provider of Bulgaria, recently faced its own server upgrade decision. It was competing in a changed environment as major global competitors began to enter the Bulgarian market. To keep up, VIVACOM wanted to launch mobile wireless data services, IP-based and satellite television, and public cloud offerings such as Infrastructure-as-a-Service. However, its aging IBM Power 6 and 7 systems running IBM AIX weren't conducive to any of these initiatives. As a result, VIVACOM watched its support costs spike while it sat on the sidelines, incapable of launching all of the services it knew its customers wanted.

VIVACOM struggled with what appeared to be limited options. It could stick with IBM, or it could turn to x86 architecture. But x86 servers presented potential problems, too. At the time, organizations that chose x86 servers were forced to cluster for redundancy and reliability. Doing this comes with significant costs—and not just for the hardware. Management becomes more complex because clustered systems need plenty of tuning and ongoing maintenance to run well. There's no out-of-the-box way to perform an implementation. Software costs can increase, too, often by 50 percent.

"Our biggest concerns were reducing costs and gaining more flexibility," said Svetoslav Nanchev, VIVACOM's senior manager for infrastructure. "Moving to an x86 architecture was the smart choice, but we needed a platform that met our mission-critical performance requirements with uptime of at least 99.995 percent."

The organization found its panacea when Hewlett Packard Enterprise announced the HPE Integrity Superdome X built on the Intel Xeon Processor E7 Family. With it, VIVACOM obtained a solution that could run cost-efficient and easy-to-install Linux while gaining the processing power and scalability to introduce the service offerings it needed to compete in a free market.

The telecom provider started its server transformation, swapping out its IBM Power servers for the HPE Superdome X. The server currently houses the organization's billing, customer relationship management, and both Oracle applications and Microsoft SQL Server applications. The software runs on a Linux operating environment, virtualized with VMware and protected with HPE StoreOnce backup appliances. It's scalable, too—if VIVACOM needs more compute power, it can simply add additional blades, going up to a 16-socket system.

VIVACOM didn't need to embark on its server upgrade journey alone. Nanchev and his team enlisted HPE Pointnext for installation and startup services for Superdome X along with support during VIVACOM's in-house server migration. It counts on ongoing support provided by HPE Datacenter Care from HPE Pointnext as well. From a personnel perspective, VIVACOM found that it was actually easier (and cheaper) to hire and keep support staff because it could now tap into a wide pool of Linux engineers instead of paying for highly specialized knowledge.

The results: More performance for less

The biggest change for VIVACOM has been its improved performance, which helped the company create and offer new services. Another positive change lay in the cost savings it enjoyed. The organization didn't have to upgrade its existing IBM Power systems, saving it about €1 million on its capital expenses budget. And due to the decrease in software licenses, its operating expenses are down, too. Nanchev reports OPEX savings of €100,000 per year.

Additionally, VIVACOM can now run multiple virtual machines on a single server—something it just couldn't do on its old IBM servers. Deployments of VMs happen in minutes, so there's no waiting around to add services or hosting packages such as 4G wireless or disaster-recovery-as-a-service.

Working with HPE has been a boon for VIVACOM, says Nanchev, because the relationship is far more than a simple vendor-customer paradigm.

"We view HPE as much more than a technology vendor. They are a true partner. The support we receive from HPE Pointnext has been excellent, and we will continue to rely on their guidance as we continue to evolve our infrastructure to meet the growing range of communication needs across Bulgaria." -Svetoslav Nanchev, VIVACOM's Senior Manager for Infrastructure

For more on the technology that helped VIVACOM cut costs while improving performance, view the latest updates from HPE Mission Critical x86 Solutions.

Meet Infrastructure Insights blogger Karen Stealey, IT Journalist. Karen has been writing about technology for more than 15 years. Her work has appeared in top technology and business publications including InformationWeek, BusinessWeek, and Forbes.