In the digital era, speed is paramount. 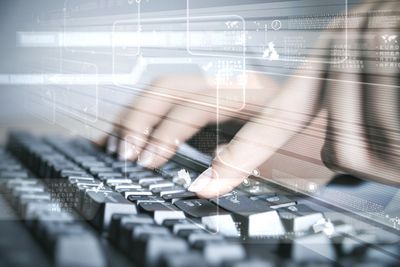 Every industry feels the need for speed and performance, but research and higher education face unique challenges. Servers that can rapidly deliver the data that scientists need can make a big difference in an institution's ability to deliver breakthrough creative and systematic work that advances science and medicine, as well as the humanities and culture. Highly efficient and agile servers can ensure that a research institution can maintain or achieve a leadership position within their peer group.

That's what IT leaders at Wageningen University & Research in the Netherlands realized when they faced a rising need to rapidly deliver services and information. The research university turned to composable infrastructure when they recently upgraded from traditional blade servers to the HPE Synergy line—and gained speed, agility, flexibility, and power as a result.

The need for speed (and compute power)

Prior to the upgrade, enterprise and educational applications were delivered via two central data centers. But Wageningen's 165-member IT team realized that its infrastructure was quickly becoming too slow and too expensive to meet the university's current and future requirements. When the IT team sought to transition some services to the cloud, the university discovered that its current hardware could not support the hybrid environment that the IT team envisioned.

Wageningen also needed faster servers that better met user expectations. Memory on the traditional blades had become too dense and too expensive, and their limited power thwarted growth plans, and hindered the development of high-performance workloads needed for the university's scientific research. Additionally, the existing infrastructure and its requirements—particularly the firmware and driver maintenance needs—were becoming much too labor-intensive and costly.

Wageningen's IT leaders recognized that they needed faster, higher-performing infrastructure to meet their users' needs. After evaluating several options, they decided to replace their traditional blade servers with state-of-the-art compute in the form of HPE Synergy.

HPE Synergy offered the university composable infrastructure solutions that combined compute, network, and storage solutions in a single platform. It also provided integrated management and a single application programming interface (API), which enabled their IT team to configure hardware automatically and precisely. The IT team wanted to take advantage of composable infrastructure's software-defined nature that enabled users to program infrastructure as code, which meant users could quickly provision hardware using server-based templates. The resulting software provisioning would be nearly instantaneous.

Software-defined infrastructure has significant implications for growth and agility because it "enables businesses to move towards delivering new and improved products and services at the speed the customer demands, not the speed the infrastructure team typically operates at," CIO writes.

Additionally, the Intel Xeon processors in HPE Synergy deliver performance enhancements, such as the ability to scale out workloads.

The IT staff had used the HPE OneView management tool to manage their blade servers, so they knew how to use it to optimize the new infrastructure. That experience meant they could immediately start using HPE OneView alongside the HPE Synergy API to automate many common infrastructure operations. That yielded early wins: servers were rolled out faster, which saved time on maintenance.

The IT department also worked with HPE Pointnext, which assigned a support team, including a technical account manager, to advise them on best practices and to quickly deal with any issues. This helped ensure that the systems would run correctly from the outset, and provided Wageningen with the added support of knowing that a knowledgable and accountable IT professional would always be on hand to help, should a problem arise.

Although the successful deployment of HPE Synergy was a win in itself, the real success came when Wageningen's IT team finished deploying HPE Synergy and could enjoy its benefits. With HPE Synergy in place, the university's IT staff could increase compute efficiency while reducing development and deployment times. Downtime decreased, and speed and performance improved significantly.

HPE Synergy also proved easier to manage. Its composable, software-defined nature meant that the IT team could more quickly deploy servers to ensure that those servers met the university's needs. It also resulted in the IT environment becoming more scalable while reducing the risk of overprovisioning. Upgrades are easier now, too.

HPE OneView, with its single pane of glass for monitoring and managing the hardware landscape, saves on tooling while also supporting greater standardization. The university estimates that using HPE OneView saves 15 to 30 minutes per server, which adds up to a week's worth of work every six months.

Wageningen's IT leaders, however, find the most significant benefits in what HPE Synergy enables them to deliver to their users. The composable infrastructure allows them to provide better services to students, staff, and faculty via decreased application downtime, with increased ability to scale, and greater compute power. Thanks to HPE Synergy, the researchers at Wageningen have the tools and technologies they need to rapidly access the data and applications that power their scientific discoveries.