How one leading bank upgraded mission-critical servers while cutting costs 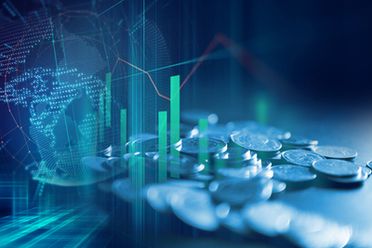 Learn how one bank tempered the costs of Oracle Financials by choosing powerful-yet-cheaper x86 mission-critical servers that reduce transaction analysis windows from days to hours..

When it comes to crunching data, the banking sector is in a league of its own. Its high volume of daily transactions, combined with complex and stringent regulations, frequently lead banking institutions to Oracle Financials for reliable and robust service, despite its premium price. What financial institutions are also realizing, however, is that they don't need to overspend on the underlying mission-critical servers, the support needed to keep those servers going, or the Oracle licensing costs.

Since the financial crisis of 2008, Oracle Financials Accounting Hub (FAH) for daily reporting has grown in popularity as banks have prioritized maximum visibility for their operations. They want to regain customer trust and reduce risk with better management, continuous process improvements, and technology. When it comes to the latter, high-performing mission-critical servers are essential to supporting new Oracle deployments, but there are few viable options besides Oracle's own hardware.

Banks realize their legacy infrastructure is no longer enough if they want real-time understanding of their financial health. But while financial institutions value reliability and performance, they're also crunching the numbers to keep their spending on mission-critical servers and systems sensible.

Many banks around the world are stitching Oracle software into their digital transformations specifically to improve risk management through faster account reconciliation. Some legacy mainframes, which are still found in many banks, can take days to aggregate the data necessary to quickly and accurately reconcile accounts.

These long cycles hinder bank staff and delay internal processes; business users can't run the reports they need fast enough to meet the deadlines of regulatory bodies, which raises the risk of sanctions and even fines. One leading bank in Mexico is a quintessential example. It needed to analyze at least 60 million daily transactions in five hours, and as many as 240 million transactions in eight hours. These activities are even more vital than customer-facing transactions because they are the lifeblood of any financial institution.

Although Oracle FAH was clearly the software of choice for this mission-critical workload, the bank was open to other ideas for the supporting hardware if it could maintain a high level of performance while reducing both the upfront purchase and long-term operating costs.

The seemingly obvious choice was Oracle's Exadata Database Machine X6-2, but this bank's IT provider, Produban, was also aware that it had downsides, including a closed, bundled architecture and relatively high costs, as well as a need to over-provision the infrastructure, which compounded those higher costs. Its mission became finding a different vendor that could deliver the necessary performance with greater efficiency and an eye to additional business and operational benefits.

Ultimately, there was only one hardware platform that could cost-effectively compete against Oracle's Exadata Database Machine X6-2, both in terms of deployment costs and ongoing operations expenses. Produban concluded that the HPE Integrity MC990 X Server was the only contender for handling large Oracle workloads without requiring clustering software and with sufficient memory capacity for in-memory computing. It was a bold choice, as there was no record of HPE's mission-critical Linux server ever running Oracle FAH, but performance tests clearly demonstrated the numbers did in fact add up.

Produban put the Integrity MC990 X Server through its paces to see if it met the goals the the Mexican bank had laid out—specifically, analyzing at least 60 million daily transactions in five hours. It did even better by processing the target number of transactions in three and one-half hours. Furthermore, remote simulations confirmed the HPE MC990 X could process twice the initial goal—400 to 500 million transactions in less than eight hours. Combined with a 66 percent decrease in capital expenditures when compared with an Exadata Database Machine X6-2, there was a compelling case in favor of the HPE MC990 X.

The environment Produban ultimately set up for the bank consists of an eight-socket configuration featuring eight Intel Xeon E7-8890 v4 processors with 24 cores each, along with 8 TB of RAM. The configuration of the HPE MC990 X is replicated three times with a pre-production environment, a production system with an active Oracle database, and a contingency system with Oracle Data Guard and online replication for high availability. The bank's mission-critical server now runs Oracle 12c supporting an Oracle FAH 12.2.6 web layer. It's also only running at 40 percent capacity—thereby providing twice the headroom the bank had requested.

Another financial consideration is that Oracle licenses aren't cheap, and fewer are required to run Oracle FAH on the HPE MC990 X without compromising performance or reliability. HPE's mission-critical server also obviates the need for over-provisioning introduced by an Exadata Database Machine X6-2.

This leading bank is no different from any other bank—its goal is growth, but profit also results from efficiencies for business users.

Efficiencies have certainly been achieved. Account reconciliation now takes hours instead of days, and the bank has the coherent information it needs across all business areas to manage risk and meet any compliance reporting requirements quickly and accurately while adhering to corporate standards.

Most of all, there's room to grow. With the HPE MC990 X platform's configuration for extra processors and memory within the same infrastructure, there's plenty of headroom for organic business expansion on the same server. The bank can look forward to a future of efficiency and cost savings thanks to the hardware supporting its Oracle FAH deployment.