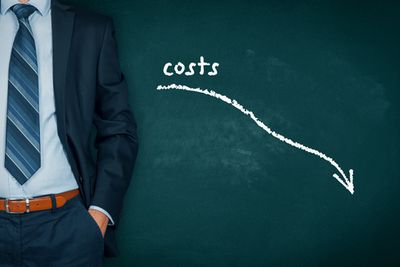 Rapid data growth is outpacing the refresh cycles of most organizations' infrastructure solutions. If your organizationdepends on Oracle Database for core business processes, you might be struggling with running these essential databases on hardware that’s in desperate need of modernization.

Lagging infrastructure updates compound several key issues associated with running Oracle—increasing complexity, growing license and support costs, performance bottlenecks, slow backups, and maintaining high availability. Given the penetration rate of Oracle Database, these challenges are being felt across industries. Industry estimates show that for nearly 97 percent of the Global 2000 store some of their data in Oracle Database, supporting critical applications such as enterprise resource planning and customer relationship management.

Since businesses have already made massive investments in Oracle, migrating existing applications from Oracle to another database can be an intimidating prospect. Instead, your organization can modernize your infrastructure solutions to improve the performance of Oracle deployments. HPE Superdome Flex can address the most common Oracle pain points that arise as workloads grow, while still leaving room to support exponential data growth.

As data grows, so do costs and complexity

Compounding the problem, these large and growing databases are hitting performance bottlenecks. The exponential growth of data—including mission-critical data—combined with the number of connected devices collecting and feeding it in for processing, is squeezing refresh cycles.

It's not just that there's more data—that data presents a great opportunity, and a bigger impetus for businesses to harness their data with newer and faster kinds of analysis. Banks, for example, need to run their internal reports in six minutes instead of six hours so they can clearly assess their financial position in almost real time. As the business world moves increasingly faster, all industries want to obtain analysis more quickly and manage larger amounts of data.

Though the software and databases are generally evolving to keep up, many organizations aren't taking full advantage of these evolutions because their current hardware isn’t up to the task. Some are opting to move certain applications to the cloud, which facilitates upgrades but can limit desired performance for Oracle Database, and can be very costly, especially for data-heavy environments

To effectively deal with the flood of data, your organization may need to make a generational technology change at the infrastructure level. Companies that bought big Unix systems, and even those that adopted HPE Superdome X when it was introduced at the end of 2014, are all due for a refresh.

Many organizations running Oracle Database on UNIX use the IBM Power platform. A close look at IBM Power environments illustrates how licensing costs can rapidly rise as organizations try to keep pace with data growth. For example, an IBM Power environment with eight processors and eight cores per processor requires you to license 64 cores. Multiply that by $47,500 for the basic enterprise license (common options can bring licensing near $100,000 per core), and you've got a hefty price tag to upgrade your hardware with IBM, even with discounts. Some might justify paying the higher price because IBM Power is faster than Intel Xeon on a per-core basis.

However, there's more to the story.

When planning a hardware refresh to support your Oracle Database, consider that proprietary UNIX platforms such as IBM Power carry Oracle license fees twice that of x86 servers per processor core and are increasingly costly to maintain. Choosing a less expensive approach based on x86 platforms doesn't mean reducing performance. With HPE Superdome Flex, it's still possible to achieve the performance an Oracle Database demands while keeping licensing costs manageable.

For example, licensing the same 64 cores on an Intel Xeon-based server, such as Superdome Flex, cost half what they do on IBM Power. Though it's true that achieving the same performance level as that of IBM Power would require more Intel cores, it wouldn't require twice as many Intel cores. Depending on specific characteristics of your workload, you might find you can match 64 cores on IBM Power with only 80 Intel cores, for instance. You may not cut your licensing costs in half by opting for Superdome Flex, but you can get very close.

There are other financial factors to consider, too. Switching from UNIX systems to scale-out x86 systems such as Oracle Exadata is not without its own set of challenges. Further, clustering x86 servers with expensive Oracle Real Application Clusters (RAC) software increases complexity and license costs—negating much or all of the gains made by switching to x86.

HPE Superdome Flex lets you scale up to meet performance demands while avoiding the tremendous costs of an Oracle RAC. Its efficient scale-up design needs fewer processors to handle many workloads, which takes the bite out of core-based licensing costs while reducing server sprawl and streamlining management. Superdome Flex starts with one four-processor chassis and scales all the way to eight chassis, giving you up to 896 cores of powerful Intel Xeon compute and 48 TB of memory in a single system without adding servers or RAC licenses.

Prepare your Oracle infrastructure for the future

HPE Superdome Flex's modular approach lets you start with a 4 or 8 socket x86 server that balances mission-critical availability with affordability. If it's time to refresh your Oracle Database infrastructure, Superdome Flex can help you maximize the efficiency and reliability of your critical database systems, eliminate performance bottlenecks, and reduce license and support costs.

Most of all, you'll have room to grow—because that flood of data isn't stopping any time soon.

Senior IT Professional, who has passion and ability to translate technical solutions into simple understandable terms. Experienced and expertise with Data and Analytics solutions.