How to keep hybrid infrastructure from making you less secure

Mastering hybrid security gives enterprises the ability to keep pace with their business needs. It’s the foundation for infrastructure agility and a key to staying competitive in a dynamic market. 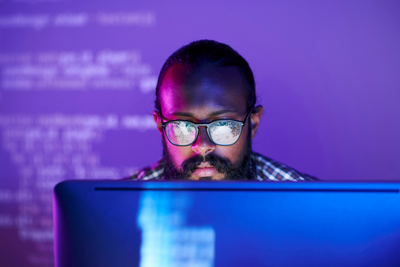 Distributed hybrid infrastructure has become the norm for a majority of enterprises, but many aren't able to mitigate the risks that these expanded environments create. It's possible for organizations to run securely in hybrid patterns, but it takes up-front planning and no small amount of focus on building infrastructure that integrates trust.

Every enterprise wants to have an effective security policy, and most were able to achieve it when their operational environments were simpler or new. The challenges they face today require a good deal more work to reach that goal of effectiveness. Security staffing has been a chronic problem, and enterprises now face the need to build cloud security expertise as well. Add issues around legacy security tooling that can't extend easily to cloud, and enterprises start to see an uphill struggle that can be daunting.

Strategies for securing your hybrid infrastructure

There are ways out of the morass that many organizations find themselves in, and the key is starting with security basics and building them in early. While 57% of respondents to a 451 Research study indicated they were operating hybrid infrastructure, only 43% said they had a formal plan for hybrid operation that includes addressing security. To be effective, security capabilities have to be built in, not added on after new environments are already running. They should address the two biggest challenges in hybrid infrastructure—visibility and control. Enterprises have to bind together that part of the infrastructure where they've got direct control and the pieces where they've handed operational control to others, but still own the risk.

Building robust visibility can seem simple, but there's more to it than just extending existing tools into new resource environments. To make the environment manageable, there has to be a shared source of truth to correlate the telemetry across the hybrid environment, as well as the means to take action on what it's reporting.

Building effective controls in hybrid environments involves the difficulty of normalizing the capabilities that exist across the environment. On-premises controls are often not directly replicated in cloud services, leaving enterprises to sort out ways to fill the resulting gaps with unfamiliar tools. Enterprises can get ahead of this issue by establishing data-centric protections that can travel with that most valuable component of their infrastructure—from the edge to the data center to the cloud. Establishing protections that move with data from where it's created to where it's used can simplify hybrid security operations.

Pulling together deeper visibility and automated control capabilities to rapidly address cyberattacks and potential vulnerabilities can give enterprises the full benefit that hybrid infrastructure offers. The potential flexibility and agility can become a significant competitive advantage, allowing businesses to react more quickly to changing market conditions. Effective security capabilities can deliver those benefits while managing risk.

Ready for more? Read the report  "Securing the Evolved Hybrid" from 451 Research.

Eric coordinates industry analysis across 451’s broad portfolio of research disciplines, with an extensive, hands-on understanding of a range of subject areas, including information security, networks, and semiconductors and their intersection in areas such as SDN/NFV, 5G, and edge computing. He’s a member of the IEEE, a Certified Information Systems Security Professional (CISSP) and a VMware Certified Professional (VCP), and a frequent speaker at leading industry conferences.